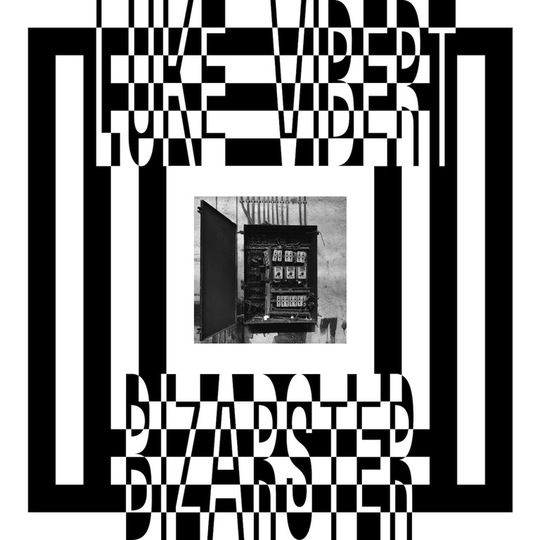 Being retro has been trendy in dance music ever since there was something to be retrospective about. The key to being relevant lies in whether you anticipate or ride the wave of whichever revival is sweeping dance floors across the globe, or plough a lone furrow obstinately harking back to whichever golden age your rose tinted glasses focus on. To refer to the 42-year-old Luke Vibert as ‘retro’, when Bizarster marks his seventh album under his own name, and falls 22 years after the release of his debut full length would say more about my millennial sensibilities than Vibert’s music; but at the same time, it is a question of whether he is looking back to the right moments of his illustrious career.

The album’s press release describes Bizarster as 'a hall of mirrors with a happy bounce, re-tooled with skill, and always with a sense of fun', blurring boundaries between various genres from UK dance music’s history. Whilst Vibert does take a trip down memory lane, Bizarster sees him not so much blur boundaries, as blur right past them with breaks loudly leaking from his headphones. From the get go, you have ‘Knockout’, with its wonky rave breakbeat and filthy bassline, followed by the upbeat disco house ‘Officer’s Club’ which mixes clattering hi hats and a reggae vocal sample. Track four, ‘Ghetto Blast Ya’ harks back to the early Nineties with the Beastie Boys wandering into a rave, before leading into Vibert’s take on ‘In The Air Tonight’ with ‘I Can Phil It’. This is followed by ‘Manalog’ which shows that Vibert does, in fact, still love acid. ‘War’ has a massive nod to DJ Shadow with a live drum sample and floating horns, whilst the title track revels in his more chilled Ninja Tune roots. As the album comes to a close ‘Doozit’ blends Balearic guitar riffs with chunky dubstep that hasn’t been seen since it went AWOL in the mid-Noughties, whilst ‘Don’t Fuck Around’ has Vibert putting on his junglist hat and having it large.

Whilst Bizarster has been referred to as a eulogy for UK dance, it feels not so much like a coherent and conscious retrospective of the scene as much as a handy way in which to clear the back catalogue of various projects Vibert has been working on so he can start fresh. It is this element that calls into question the wisdom of releasing all 58 minutes of material in one package, rather than as a group of EPs, and sees him fall into the dance music trap of thinking a collection of bangers makes an album. That is not to say that the songs aren’t good – as the likes of ‘Officer’s Club’ and ‘Ghetto Blast Ya’ in particular are absolutely banging, and every track is well produced, rich, textured and irrepressibly fun. It’s more that as a whole, Bizarster just feels a bit lazy and thrown together, and fails to have any real continuity which can hold your attention for the hour that it plays out. And whilst acid, jungle, dubstep, disco and rave in general will always be rising up and fading away, being relevant in one way or another, it remains to be seen whether Vibert’s love of breaks will see it rise from the ashes like a phoenix, or see him ploughing a lone and slightly dated furrow on his tod.