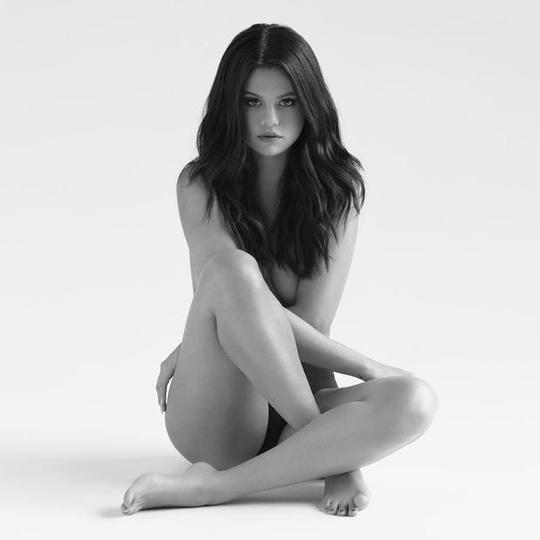 The switch. A fascinating moment in the arc of any major pop act. Sometimes cynical, sometimes natural, the move from one extreme to another usually garners headlines but conviction – or lack thereof – ultimately tells. Recent years have presented Jessie J’s desperate grab at the American market, Ariana Grande swapping out garishly-painted Nickelodeon noise for sultry, adult-oriented belters and, but of course, Miley Cyrus’ reinvention as America’s most terrifying nightmare; a grown woman in control of her sexuality.

Enter Selena Gomez and second solo album proper Revival, drawing parallels with all three of the above and more besides. Blessed/cursed with a face that refuses to allow significant signs of ageing, she often invites condescension but there’s an intelligent, growing artist behind those features. Witness her quietly impressive turn in Harmony Korine’s empty-headed film student treatise on youth and vacuity Spring Breakers for glimpses of the presence Gomez resolutely displays here.

She isn’t backwards in coming forwards about her new approach, either. ”This is my revival”,goes the playful decree on the opening and title track following a spoken word stanza that feels like the shedding of a chrysalis long before the on-the-nose mention of it being her ”time to butterfly”. The notion of explicit rebirth extends to the imagery associated with Selena Gomez 2015, plainly on an artful naked pose on the cover of the record’s deluxe edition and utterly impossible to ignore on, barring something very special down the line, what is likely to go down as the finest few minutes of her career.

Frankly, to go from the sub-Dawson’s Creek monologue that opens the video for the otherwise great ‘The Heart Wants What It Wants’ to the matter-of-fact confidence and subtle duality displayed on ‘Good for You’ in the space of a year is astonishing. Where the former acted as a bridge between Gomez’s work until that point and this fresh chapter, ‘Good for You’ is the sexiest scorched earth policy you’re ever likely to hear. Vocally, her command is nothing short of exceptional. Lyrically, she carefully paints with shades of grey, leaving room for dark ambiguity. Most of all, ‘Good for You’ excels simply by being a terrifically constructed and presented pop song.

That said, there’s a nagging oddity at play. Remember when The National first released a curiously tame, muddy-sounding ‘Terrible Love’ before quickly bringing out a far superior alternative version? ‘Good for You’ comes in two forms; a stripped-back, smoky and hypnotic solo affair and a slightly bouncier, brighter effort featuring a pedestrian verse from A$AP Rocky that grates a little more each time it pops up. Alas, it’s the latter that features here and though the busier arrangement works on its own terms, Rocky’s vocal presence is an unfortunate, unwelcome distraction.

Revival is pleasingly light on featured artists, which is helpful as the rare ones that do play a part either get in the way ala Mr Mayers or dominate entirely - Charli XCX’s contributions to ‘Same Old Love’ result in something that sounds like it was shaken out of Sucker’s track listing, regardless of how engaging it is. Admittedly, it’s hard to listen to something like ‘Sober’ and not wonder if a cameo from The Weeknd would turn a good song into a great one but this, as it absolutely should be, is Gomez’s show and she often hits her mark with considerable poise.

Whether it’s laser-focused sugar rushes like ‘Kill Em With Kindness’ and ‘Hands To Myself’ (on which Max Martin strikes yet again), the sleepy disco sounds of ‘Me & the Rhythm’ or the effective club cadence found within ‘Survivors’, Gomez succeeds in laying down a winning pop gauntlet. Sure, there’s an inevitable misstep here and there; ‘Camouflage’ is Generic Tear-Jerk Ballad 101 while ‘Body Heat’ is only marginally superior to Jessie J’s similar and hollow ‘Burnin’ Up’ but there’s enough growth here to accept the occasional stumble. Revival, like ‘Good For You’, is a damn fine, hook-laden surprise. Selena Gomez has found a voice worth paying serious attention to. Who saw that coming?