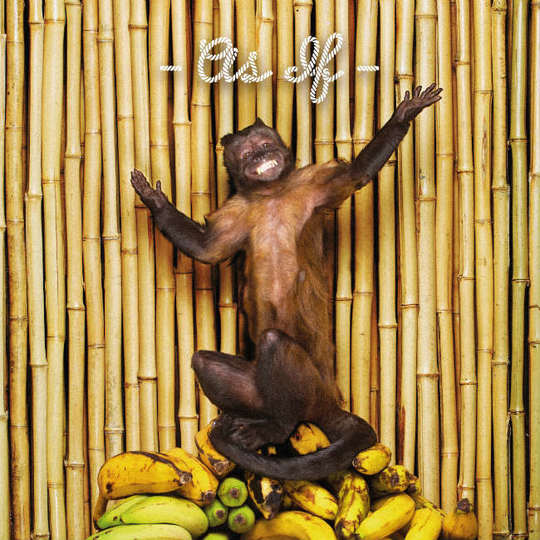 After 18 years and five albums you’d be forgiven to if you started to run out of steam. This cannot be said for Sacramento’s !!! (aka Chk Chk Chk). Their sixth album As If, released through their long-time home of Warp Records, is a heady mix of punk funk indie disco, but with an added layer of poppy sheen. The title was my initial response when I heard this – but the resulting album is a career high.

‘All U Writers’ showcases this newly found pop direction. It’s a slightly shorter version than the recent Record Store Day release, but it’s doesn’t lose anything for its trimming. It bustles and struts with a disco funk rhythm, but is grounded with an infectious dance back beat and melodic pop hooks. Lyrically it’s brilliant. Is opening line “Hey you writers. Get out your pens and write” aimed at journalists and bloggers that !!! know will be writing about this new album? The only problem is that ‘All U Writers’ delivers the lyric of the record in its opening salvo “She said her favourite Beatles song was 'Wonderwall'”. It’s good to see that Nic Offer has not lost his ability to write tongue-in-cheek lyrics.

‘Every Little Bit Counts’ opens to Phuture-esque acid beats, then a Pete Hook bassline kicks in, while this sudden change sinks in, the song then jerks into a funk guitar line and some gloriously massive pop vocals. This shouldn’t work. It should sound like a cacophony, or come over as try hard, but it doesn’t. It all blends in perfectly and is one of the album's stand out moments. ‘Freedom! ‘15’ is another banger. The bassline is searing, and after prolonged exposure it is a deadly earworm – in small doses it could be the pop song of year. If I didn’t know better, I could imagine this was a cover and I'd seen the original on Top of The Pops in 1998, before finishing my maths homework.

‘All the Way’ is one of the simplest songs on the album, but one of the most enjoyable. The whole song revolves around a throbbing bassline, hard breakbeat and synth loop. Vocals, guitars and keyboards then drop in and out, as the song requires. ‘The Money Runs Out’ comes closest to equalling ‘All U Writers’ lyrical gambit with lines like “Hotel room paintings. Who even paints them? I’ll get myself an agent. Stay here as long as we want. Then drive to the next one and sell paintings right out the trunk” and the catchy chorus of “You and me are gonna go down South. Stay in hotels until the money runs out. You and me are gonna go up north stay in hotels and put the sign on the door, until the money runs out”.

On previous albums, !!! have always delivered great songs, but never a cohesive album. Last set Thr!!!er came closest, but overall it felt like something was missing. That something has now been filled and As If is the album they’ve always hinted at, but never pulled off. Whether they no longer care how they are perceived, or after eighteen years together they’ve now reached a breakthrough where nothing is musically off limits is unknown, or that the album is predominantly self-produced gave Offer and co new freedom, but whatever it is, this new devil may care attitude is as refreshing as it is exciting. At times As If sounds an awful lot like Daft Punk’s blockbuster Random Access Memories, but you know, more focused, fun and with better songs. Frontman Offer recently said 'Everyone wants us to be punk. Everyone wants us to be raw. We want to make dance music. The kind of dance music that sounds raw is that early Nineties house records.' If this was their mission statement for the album then they’ve succeeded.