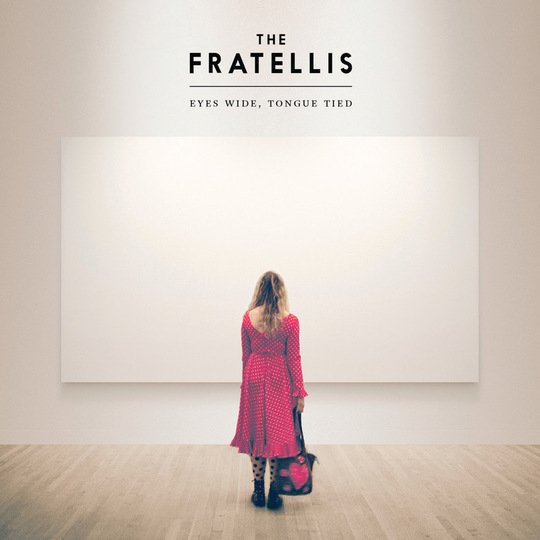 Back in 2007, The Fratellis played at Radio One Big Weekend in Preston. It was the first experience I had with live music (other than seeing 5ive when I was....er....five) and if you dig out the YouTube performance of ‘Chelsea Dagger’ you can see me, aged 15, being silly. Look at the line-up and you’ll see that quite a lot has changed since then. Biffy Clyro have gone from second stage also-rans to headliners, LCD Soundsystem left us with the sweetest memories, Kaiser Chiefs and Razorlight have shuffled into irrelevance and Jamie T has revitalised his career following a far-too-long absence.![Please enter...][]

That’s not all though. The 15-year-old me that would come away from a line-up as baffling and brilliant as that year saying The Fray and The Fratellis were the highlights has also gone. Somewhere along the line, my interest in The Fratellis has also waned. That debut Costello Music is many things. It’s catchy, fun and charming. It’s also unoriginal, nonsensical and forgettable. The question is whether Eyes Wide, Tongue Tied has enough about it to change how I look at The Fratellis in 2015.

We open with ‘Me And The Devil’, where resurgent Jon Fratelli tells us "I’m going to sell this soul of mine". The piano gives way to stomping drum beats and it’s as textbook an album opener as you’ll ever see. It builds, refrains, bubbles and eventually reaches a full conclusion. You could learn everything you need to know about The Fratellis from this track. At its most impressive, it almost feels theatrical, which isn’t something I’ve ever really associated with this band. Amongst the reliable and consistent aspects of the group, they’ve added that little facet and it works.

Unfortunately, progress ends there. ‘Imposters (Little by Little)’ is rock and roll as formulaic as it gets. It’s not a bad song – you might even have a wiggle to it – I just forget about its existence when I’m not listening to it. ‘Baby Don’t You Lie To Me!’ doesn’t really offer anything that convinces me that I need to bring The Fratellis back into my life either.

‘Desperate Guy’ is this album’s ‘Ole Black n Blue Eyes’. It’s a pleasant listen but not a great deal more. ‘Thief’, though, is altogether more interesting. The riff is infectious and the keyboard that creeps in and loops around the package like a ribbon is brilliant. You don’t know where the song is going to veer off to next and, though it rips off the Ghostbusters theme a little, it’s exactly what you want to see from The Fratellis. If it came on the radio, I wouldn’t necessarily peg it as them and that feels like a big achievement at this point.

‘Dogtown’ bumps us back to earth. It’s basically them trying their hand at being The Black Keys before a huge brassy chorus section that means that this could at least be considered a failed experiment rather than a rehash. On the other hand, ‘Rosanna’ flies by without making the slightest impression on you as a listener. An interesting and eerie intro gives way to the sort of trademark track that The Fratellis should be trying their hardest to discard. ‘Slow’ plays the ballad card and it’s perfectly passable but neither plucks on the heartstrings or squeezes any sort of emotion from you.

It’s a little repetitive a verdict at this point, but ‘Getting Surreal’ brings nothing new to The Fratellis table. Lucky then that ‘Too Much Wine’ has the sort of synths you’d recognise more from the days of nu-rave. It’s genuinely fun and what you imagine the sound of drinking too much wine actually is. It even lends a wink to their debut with the line "I know I’m getting nowhere, creepin’ up the backstairs". A shame that by this point the album has basically run its course and this is one of too few real highlights. Album closer ‘Moonshine’ would’ve been better left alone to throw further focus onto ‘Too Much Wine’.

There’s enough on Eyes Wide, Tongue Tied to suggest that The Fratellis deserved to be remembered more fondly than for when naff nightclubs and cover bands bash out 'Chelsea Dagger'. It’s catchy, fun and charming. It’s also unoriginal, nonsensical and forgettable. On occasion, it’s actually borderline thrilling but those moments are too few and far between. Holding too tight to their past with their style, perhaps recruiting Costello Music producer Tony Hoffer included, limits what they might actually be able to achieve. Adults will still play it to youngsters and say: "see this? this is real music" but the bright moments on this album will go sadly unrecognised due to the beige that surrounds them.