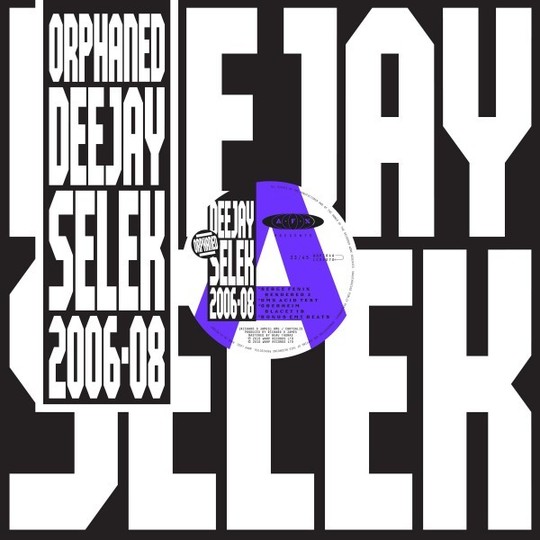 The brain of Richard D James is a bottomless pit. The boundless brilliance of Syro should have been evidence enough, but then the man put out the blinding Computer Controlled Acoustic Instruments pt2 EP, deposited hundreds of tracks on to that soundcloud page, and to boot fired out the Syro postscript single, 'MARCHROMT30A edit 2b 96'. Syro felt like an explosion of pent up music from a decade in the wilderness recovering from the critical panning Drukqs got back in 2001, but Computer Controlled Acoustic Instruments pt2 - which somehow received more than a few terrible reviews itself - felt like something more, perhaps like a precursor to the Aphex Twin opus, blending the man’s compositional brilliance and unique melodic mind with the limitless possibilities of computer-controlled music. So the sudden, seemingly apropos-of-nothing appearance of this EP as his alter ego, AFX, is surprising even for the unpredictable Twin. Although James has insisted there’s no rhyme or reason behind his use of pseudonyms, the AFX name has previously served as something of an experimental nom de plume, occasionally coming across as something of a testing ground for ideas to later head out into the world fully formed under the Apex Twin name. The Analord series broke free from this to an extent, with ten of the 11 EPs put out as AFX, all dedicated to works built around analogue drum machines and synths (which formed little of what came next on Syro). All that having been said, as is perhaps to be expected from Richard D James, Orphaned Deejay Selek 2006-2008 basically fits in right about nowhere.

Eight songs, 27 minutes, impenetrable track names - Orphaned Deejay Selek 2006-2008 for the most part looks just like a trimmed down Aphex Twin album. Musically however, it seems to diverge from the recent Aphex Twin output, holding more in common with the heavy acid of 2005’s Analord series. Tracks 1-3, which could quite happily flow as one single eight-minute piece, sit for the most part on vintage drum sounds and wobbly bass jams emanating from some classic bit of gear (perhaps a Roland TB-303?), with only sparing chunks of synthetic ambience and occasionally anti melodic atonal chords thrust into the surrounding atmosphere. Essentially, it picks up where Analord left off, suggesting that the years noted in the title (2006 - 2008) are not in fact some of Aphex Twin’s usual apocryphal smoke and mirrors.

'Bonus EMT Beats’ on the other hand, is a straight up sonic experiment, toying with drum sounds in the aural equivalent of a sketchbook page. ‘Midi Pipe1c Sds3time Cube/Klonedrm’ sees an uneasy blend of mid-tempo acid techno and the titular midi pipe sounds, but makes for one of the most memorable short form pieces in Richard D James’ recent discography, edging towards the outright acoustic experimentation of Computer Controlled Acoustic Instruments pt2. The final pair of six-minute ‘NEOTEKT72’ and under 2-minute ‘r8m neotek beat’ see AFX in a comfortably groovy mode, jamming things out over a relatively uncomplicated, yet flawlessly crafted beat. Again the similarities to the man’s addictive set of killer, near-motorik 4/4 grooves at the heart of Computer Controlled Acoustic Instruments pt2 suggest these recordings were made during a developmental stage in the process.

All the signs are pointing to one thing, and one thing alone. Richard D James is heading towards some gigantic, career-defining musical statement. The brilliant Syro had the makings of the man’s greatest work, but was still not entirely without the trappings of his more indulgent forays into sheer complexity. Both Orphaned Deejay Selek 2006-2008 and Computer Controlled Acoustic Instruments sound like experiments pointing towards a more groovy, more melodic, more potent dynasty for Richard D James, and potentially the simmering of a magnum opus. To boot, on its own, Orphaned Deejay Selek 2006-2008 definitely manages to holds its own as a brilliant slice of pure AFX acid, and a sure fire way to get your Aphix for a couple of months.