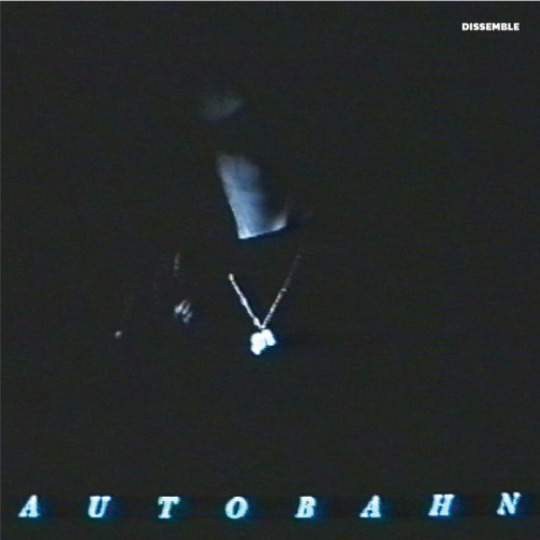 I'm sure I wasn't the only one expecting a well-groomed if crushingly formulaic synthpop duo upon discovering there was a band named Autobahn. Which is why expectation can sometimes be an abominable trait. Because this Leeds-based five-piece couldn't be closer to the other end of the spectrum if they tried.

Fuelled by the industrial meltdown and recession that surrounds them, Autobahn are an incendiary throwback to the post-punk experimentalism of 1979. Second generation children of the Thatcher era, raised on broken promises and shattered dreams, there's an unparalleled combination of romanticism and nihilism about Dissemble that makes it one of 2015's finest debuts.

Recorded over a six-week period in a disused church with local producer Matt Peel, Dissemble represents the culmination of two years hard work since the band's formation in early 2013. While their live shows have undoubtedly enhanced the band's reputation over that time, their recorded output has been sparse in comparison. Aside from two EPs and an admittedly visceral take on oi combo Blitz's 'New Age', there's been little else to whet the appetite. Which in retrospect makes the arrival of Dissemble even more of a cause for celebration.

Uncompromising from start to finish, Autobahn revel in a murky brutality only rivalled by Eagulls and The Horrors of their current contemporaries. Opener 'Missing In Action' proves deceptive, building slowly and steadily into a pulsating rhythmic frenzy that sounds like early Killing Joke or Cabaret Voltaire. Although vocalist Craig Johnson's lyrics are largely indecipherable due to the cavalcade of sonic terror erupting around him, there's a feverish intensity to his delivery that sets him apart from his peers.

Recent single 'Immaterial Man' reveals a sophisticated side that recalls Public Image Ltd in their Flowers of Romance phase, changing direction at every possible juncture. The delicately poised 'Impressionist' introduces itself by way of a guitar hook not that dissimilar to Interpol's 'Untitled', except in a more unhinged state of mind.

It's the album's two centrepieces 'Beautiful Place To Die' and 'Society' that both demonstrate what a special band lurks between Dissemble's sheets. The former's poignant message cuts through several tides of new wave nostalgia with an exuberant buoyancy that screams "NOW!" from the highest rooftops. Not to be outdone, the latter borrows its mantle from The Stranglers - or rather Jean-Jacques Burnel's - signature bass driven rumble, intensifying with every disturbingly manifested second.

'Passion' follows the same abrasive towpath, while 'Ostentation' and the ghoulishly titled 'Suicide Saturday' doff their caps towards early U2 and The Chameleons respectively.

Listening to a record like Dissemble, it's impossible to avoid comparisons with a the past that undoubtedly influenced its being. However, what Autobahn have managed to do is create something entirely befitting of its time and in doing so, pave the way for a prosperous future. The sound of disengagement.