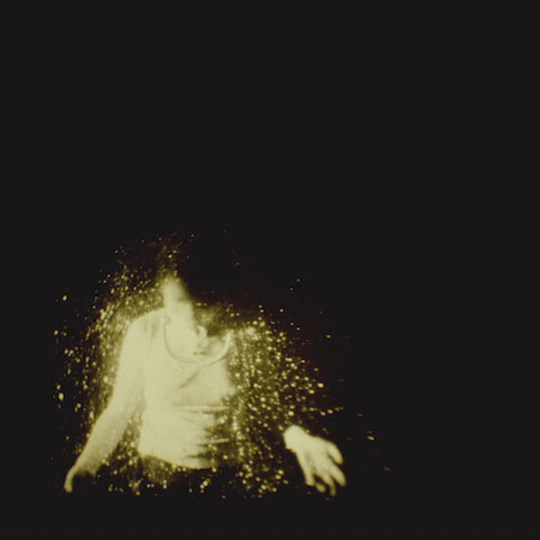 Wolf Alice have flipped-reversed alternative music’s default woe-is-me grumbling, and instead made an album which channels some jay-oh-why JOY into ye olde rock and roll’s rotting corpse.

My Love is Cool enjoys life’s little pleasures. Rather than droning on about drones (hi Matt Bellamy!), the general fuckwittery of 'other people' and the fact that modem life is kinda rubbish, Wolf Alice know that when you’re hermetically sealed in your headphones, what you really want - nay need - is to be wrapped up in music. In fact, with talk of the joy of best friends (the incredible, stuck-on-repeat ‘Bros’) and that intense feeling of running amok at 5am in empty streets with glitter stuck to your sweaty skin (with memories of smashing derelict warehouse windows at sunrise in ‘Lisbon’), you could say that this is more of a hug than a rock record.

Please, let’s not be inventing hug-rock. Not today, not now... Especially as there’s far more of a sense of reckless abandon to My Love is Cool. Youth ain't being wasted on these young 'uns.

They're a band that lives in the present, in that moment, and goddam does it feel ALIVE. (Not as alive as you’ll feel after seeing them in the flesh. Nor as compelled as you’ll feel to punch the air when their guitars seem to bend time. They’ll run at you with the sharp edges of their axes, but instead of flinching you find might yourself leaning in, lurching toward the rimshots, convinced that you’ll come out the otherside of a wormhole, caring not a jot for the consequences).

Whilst most bands make a statement of intent with their debut album - and musically they have done their HELLO with five exclamation marks on radiofriendlyunitshifters like ‘Giant Peach’ - Wolf Alice also have tasked themselves with modernising one of rock’s key ingredients: escapism. This is a sonic voyage that at both its core and drifting on the surface of the magma explores what happens when you find the pleasure of getting away from everything terrible in your life, with a side order of occasionally realising how special a few things around you truly are.

They want to remind you what it’s like to find an oasis in the eye of a sprawl of boarded up shops and broken dreams. Whether that’s the happiness of dreaming big or that smirk you get from a close friendship, they just want you to step back a bit, take it all in, but without ripping off a John Hughes movie soundtrack to ram home their point.

So-called "guitar music" definitely ain’t dead. Whilst many of their peers may deploy sprawling shoegaze-guitars, the gargantuan grunge guitars or that wouldn’t harm a lamb Buckley strumming, Wolf Alice deploy all of them, and often in the space of a song. Once you’ve crawled across the surface of the record, its giddy spirit that’s hiding beneath the guitars will sneak up on you. And boy-oh-boy is it an infectious spirit. If this record had a manifesto it would read something like:

You’re young, you’re free, you’re feeling fine and life is still loading in the background. Sure, you could be feeling better, let’s watch a movie, then have a pint, maybe another, let’s see where we end up at dawn...

Smells like teen spirit? Not at all. There’s an oddly older soul lurking in this youthful hope and exuberance.

My Love is Cool is also a record about how small worlds are filled with wonder. A celebration of the bubbles we build for ourselves - not just the ones we chug down with party scenes from American Pie flickering in the back of our heads. The entire record is a reminder that in our bedrooms, in our cliques, throwing ourselves around to a hurricane of guitars in the pit; it really is a small-but-not-so-terrible world, after all.

It’s been quite the wait for this record. Thankfully, if it wasn’t clear already, our patience has been rewarded with one of the best debut albums by a British - or otherwise - act for quite some time.

To be fair, five years between forming and releasing a debut isn’t that long. In 'internet years' that may feel like 4EVA, but it’s enough time to morph from a 'folky' duo to the rock beast that’s got a date headlining London’s Brixton’s Academy in the diary having been all over BBC Radio 1 and America’s best stations as well as peering from the cover of NME not once or twice but three times already - not to mention being tipped by every blog from here to Bogota.

After weeks living with it, it’s hard to fault My Love Is Cool. Despite the slight American-rock feel of the bigger guitar moments, throughout the blistering guitar-pop and jangling dreamscapes of Wolf Alice’s debut album there’s a wonderfully British feeling. Perhaps that comes from flickerings of familiar details like "smoking menthols" that whizz in and out like drunken memories you can barely cling to. The fact they do it at such high velocity one minute, and wonderfully sweet the next, isn’t just disarming but it’s what makes this a band worthy of the buzz. As loathed as I am to say it: the hype is right, for once.

Like all the great rock acts, they feel like a gang rather than a group. However, part of their magic relies on you getting a sense of them each as individuals. The production allows for each drum crash and pulsating bass and gigantic guitar riff to have the time and space to shine. Then there are the lyrics. When Ellie Rowsell sings “I’ve been waiting for so loh-on-on-ong-uh-ong….” you’re right there, looking out at an infinite horizon through her eyes. Each syllable seems to stretch across an ever shifting chasm. In this intimate moment of confession to the ether it would seem clear that rock’s days of broadcasting those inner frustrations, anxieties, visions, turmoil and lust; have now become much more direct communications. The shift from one-to-many to one-to-one has been a long time coming for rock music which is overrun by pampered egomaniacs, but like VR and hoverboards, it’s finally here.

Perhaps it’s because Ellie grew up in a post-Libertines era, in which Time magazine named 'You' person of year, that the line between the stage and the crowd is barely perceptible on a record like this. In a time when disruptive social media wants to bring us closer together (some might say far too close) it seems apt that one of the fastest rising bands of recent times have a singer who has a humanity and familiarity that’s often lacking in the obtuse bluster of the rock singers of yore. It’s as if the kids who once pogo’d alongside you are now headlining Brixton Academy.

Wolf Alice have been erroneously dubbed a grunge revival act and it's understandable why people are conflating their sensibility with needless nostalgia. If Cobain’s ambition was to make music that sounded like The Beatles and Black Sabbath, then Wolf Alice have upped the ante by making a record that sounds like the Cocteau Twins and Motörhead. ‘Fluffy’ may sound like The Pixies having a riff-fight with Sonic Youth whilst ‘Turn to Dust’ has a brief Lynchian moment with a sniff of Chris Isaak’s ‘Wicked Game’, but unlike many of their contemporaries nothing about My Love Is Cool feels like a homage to the past. Retromania, this is not. In fact, it’s a forward-leaning record that’s very much in the moment, magpieing up the music and experiences that they love, ingesting it all, twisting around, and throwing it all up with aplomb. If you could spew gracefully, this is what it would sound like. Whereas Noel wanted to start a Beatles-indebted revolution from his bed (on a comedown from night before no doubt) and Alex Turner wanted to reinvigorate rock & roll; Ellie Rowsell (high on life, love, literature and the rejuvenating power of angst) wants you to start appreciating how good you’ve got it.

Sure, for some, this debut album may have felt like it’s been a long time coming, but the success of a band like this, that has the media in a froth and youngsters falling over themselves to buy tickets, feels like something the British music industry has been waiting for quite some time. Whether they’ll be the first act of the digital generation (can’t bring myself to use the term 'millennials', sorry!) to headline Glastonbury or Reading remains to be seen (it’s crazy to think Mumford and Arctic Monkeys are the only act for a decade who can headline a big UK festival), but who knows what their next album might bring. For now, let’s revel in the fact there’s a record that swings from sumptuous sprawls to ear-sizzling riffs.