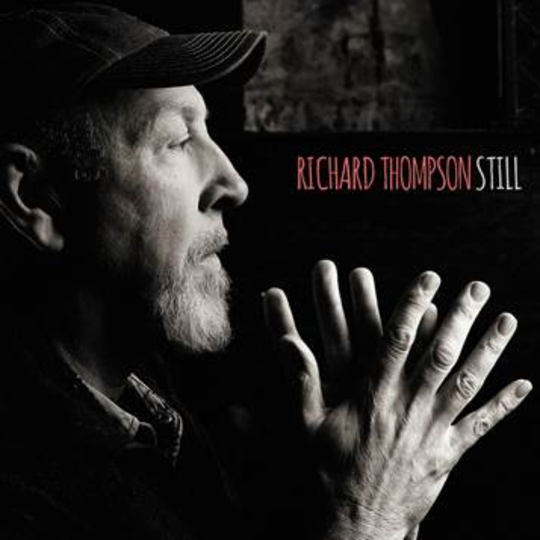 Richard Thompson is one of those people who seem to release records so regularly, that it takes something out of the ordinary for them to stand out - his exploration of 1000 Years Of Popular Music one example of his more eye-catching projects. On Still, the decision to recruit Wilco's Jeff Tweedy as producer is an intriguing one - what can the two of them have in common? When you consider it, there are some interesting parallels between the two characters, whether in those fluid, spidery guitar lines that Thompson pioneered and Tweedy's band have made their own, or even in their personas that shine through in their songs - with both you get the impression that at the best party in town you'd find them sat in a corner, itching to leave.

But what effect would a collaboration between the two have on the music? The truth is, not a lot, and that's probably a good thing. Still is a collection of fine Thompson songs, recorded in a clear, unfussy manner that lets the tracks do the talking.

On a couple of occasions, those tracks could probably be considered up there with Thompson's best, with the album's opening pair forming a fine double header. 'She Never Could Resist A Winding Road' is a wonderfully melancholic reflection on loves lost and decisions regretted, with a beautifully winding guitar line flowing throughout that builds to an expressive climax. 'Beatnik Walking' is a great contrast to the previous track, a more nostalgic look back at a particular time and place in Thompson's life, full of fantastically evocative imagery centred around a trip to Amsterdam many moons ago.

Alongside such highlights, a lot of Still's other tracks are steady without being spectacular, with only one serious dip in quality - 'All Buttoned Up' is a sorry tale of a particular chaste lady refusing the narrator's advances, with some so-bad-they-could-actually-be-brilliant lyrics - "She changes with the weather/She keeps her knees together..."At least the solo is pretty snappy. Elsewhere, the closing track 'Guitar Heroes' is probably the most unusual moment, with Thompson ruminating on how he learnt his instrument and some of the greats that inspired him. Following each character mentioned - everyone from Django Reinhardt to Hank Marvin - is a short snippet of guitar work in their particular style, offering us a history of twentieth century players in just over seven minutes. It's great fun, even if it seems like more of an experiment than a song.

So, Still isn't an inspired swing into alt-country art-rock, despite Tweedy's presence. In his previous producing jobs, Tweedy does seem to have put more of his own stamp on proceedings - Mavis Staples' recent albums have a definite Wilco-tinge around the edges, whereas Still is Thompson through and through. It's got all of his hallmarks flowing throughout - wonderful guitar playing, some fantastically pithy lyrics - and is clear proof that there's plenty of spark remaining. If Tweedy's presence in the control room helps to being that spark to life, I'm sure many of Thompson's fans would be happy to have him invited back.