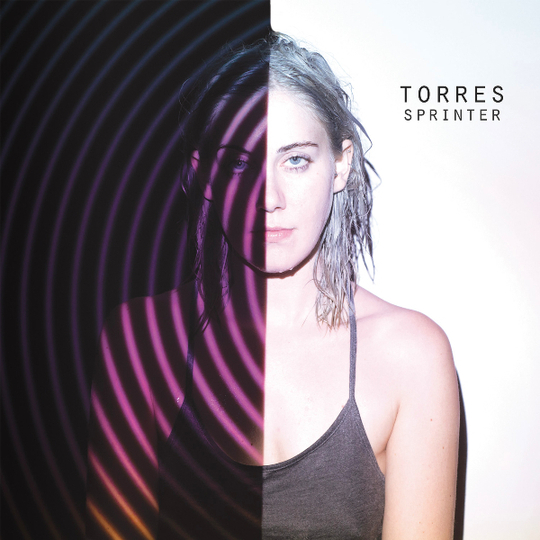 First Love. Lovetune for Vacuum. Past Life Martyred Saints. Torres. These have been some of the albums that meant the most to me over the past decade, with or without the qualifier that they also happen to be debuts by female solo artists of prodigious talent. Each seemed to be an artist for whom their first message to the world was so much more than a collection of songs: however daringly confessional, it verged on an initiation ritual, tearing up the old language of religion, re-assembling it, and the artist herself. When Mackenzie Scott released her debut as Torres in 2013, the similarities to PJ Harvey and Cat Power were evident to many reviewers but whereas that combination can be shorthand for three-chord lo-fi, light on musicianship, Torres also called to mind (the more accomplished) Nina Nastasia at her most elemental, and on tracks like 'Mother Earth, Father God', Swans, at their most pagan-ceremonial.


On her second album, which mines Scott’s experience of a Christian upbringing for lyrics and hellfire delivery, it’s Michael Gira in evangelical preacher mode who comes to mind even more often than before. (In fact, superficial as it sounds, you have to wonder if Scott’s trademark black Stetson is a way of signifying she’s riding on the frontiers of music, like the white Stetson Gira adopted when he resurrected his own band. Just a thought.) The key track, then, is 'New Skin', which narrates a religious rebirth or adult baptism in such a gravelly, demonic voice you keep expecting some clue that the rite was the preface to an act of abuse, and can’t dispel the impression that accepting the Holy Spirit is indeed a kind of possession – it just happens to be the one legitimized by a dominant religion, but its roots are no different to any desert cult. 'Son, You Are No Island' is an incantation with a slow hypnotic rhythm that pointedly refuses to develop or resolve – only fluctuating in volume, as does Scott’s voice, distorting at its loudest as if about to rip through the flimsy barrier between the listener and the 'ritual space' she evokes – that weird zone outside normal time that ritual serves to take us to; in this respect 'Son….' recalls the mood of 'The Seer' or 'Bring the Sun' in their percussion heavy mid-sections. Towards the end, 'The Harshest Light' builds to a lyric that pares down Symbolism (with its occult, mystical overtones) in the same way that Beckett, and Gira-channelling-Beckett, have done: "if you don’t know the darkness / you’re the one the darkness knows", Scott chants, with an intensity that leaves you in no doubt that the darkness is a thing, an entity, for whatever avatar she becomes for the duration of the song, and so much more than a trope for the repressed portion of the psyche where the rest of us keep our unexamined fears.

But this is only half the story, and it’s crucial to point out the double movement of the album. On the one hand, 'Strange Hellos', 'New Skin' and 'The Harshest Light' enact the symbolic father- or mother-slaying of any young artist taking her place in a lineage by outroaring PJ at her most leonine. (Sure, there are other reference points, but before any press release or reviews came along, everyone I played 'Strange Hellos' was thinking To Bring You My Love, where PJ added even more distortion to her voice and multiple stacked guitar-tracks.)

On the other hand, there’s a deliberate climbdown from maximalism to minimalism, asserting a commitment to explore a variety of musical extremes, and not just whatever mode might be fashionably mistaken for 'authentically-extreme-music'. Thus, 'November Baby' (from the debut) was a long, slow love-letter to someone imperfect but adored; the musical accompaniment was a single, clean electric guitar picking out an elegant figure that wouldn’t be out of place on early Mogwai or Dave Pajo records. Here, 'Ferris Wheel' strips back further to acoustic guitar, and a lyric ripped from a diary, culminating in a refrain "there’s nothing in the world I want to do / but show you that I’ve got a sadness too" – which is the very essence of confessional poetry – and runs the risk of being trite but so convinces us of its sincerity that it feels destined for a thousand mix-CDs between young lovers looking for the right words.

But there’s further to go down, and closing track 'The Exchange' (the second one on the album to pass seven minutes) is the real line in the sand – the place where Torres effectively says to the major labels who are bound to come calling: “if you want me, then this is me, too”. It’s a sparse narrative poem – almost a capella but for the faintest guitar line, like a tightrope invisible at a distance, as she walks it alone, and precarious. In terms of delivery and content, it’s reminiscent of those postcards from nowhere sent by Mark Kozelek, Brian MacMahon, or Gowns-era EMA. Paradoxically, Scott’s no less confrontational and emotionally intense when she’s being sentimental (hence her most powerful song may still be the letter to herself from her mother giving her up for adoption, “Moon and Back”) than when she’s being savage. The fact she’s determined to be sui generis is shown by her willingness to be both in equal measure. With its even split between LOUD and quiet, Sprinter manages to be defiant at its most minimal: she may not have made a fully realized masterpiece yet, but she’s staking-out the place between noise and silence where a masterpiece will be built.