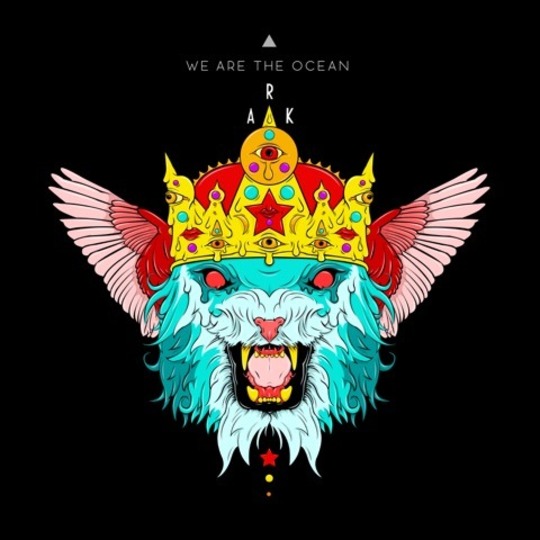 Imagine, if you will for just a few short minutes, that you’re me. Yes, I know it’s strangely disappointing, but move on from that quickly and join me in my slightly odd review introduction technique. I’ve got Ark the new album from We are the Ocean to review. I must admit that the ignorance I’ve written about on this site before means that I have missed out on the previous output from this Essex four-piece, but the paragraph of hyperbole sent to me by our esteemed reviews editor has piqued my interest. All of which is to say that, as I press play on the opening title track I have no real idea what is about to happen. What happens is a four minute-and-14 second blast of epic rock and roll so chock full of life and vivacity that it would make need for the rest of the album virtually redundant, were the rest of the album not so wildly creative. ‘Ark’, the song, veers between 5/4 and 6/8. Swathes of guitars and strings swoop in and out. Hammond organ and piano add colour and texture. Liam Crosby’s vocal alternates between soulful falsetto and hoarse cries of abandon. The lazy would dismiss it as a sounding like Muse, but We are the Ocean have more to them than merely aping Bellamy and Co. ‘I Wanna Be’ immediately changes gear, a snarled bar-room stomp of a tune. By the end, whoever the song is about is in no doubt that they are the desire of Crosby’s heart/loins.

‘Good for You’ begins as a straight-ahead slice of funk, as the various vocals in the band combine to good effect (as they do throughout the album). This is more of a keyboard-heavy track, right up to the final third, when a glam rock fuzz explosion takes place. There’s no other way to describe it. Things take off. All my limbs are flailing in time. I have to see a live show.

Still with me? We’ve managed three songs so far. ‘Do It Together’ has a fantastic breakdown/cut time chorus, as the band flex their muscle again. This is another song which may or may not be about copulation, if that does it for you.

‘Hope You’re Well’ and ‘Letter to Michael’ take the tempo down for a mid-album break, instead focusing on the beauty at the heart of the songwriting. Current single ‘Holy Fire’ is perhaps an odd choice for the second release from the album. It has a stratospheric chorus, but is not really representative of the feeling of sheer life found elsewhere here. It feels somewhat more calculated, precision-tooled for 6Music. Perhaps that’s on the cards!

A sign of a good album is when tracks towards its end are as strong as those at its beginning, especially in these days of short listening attention spans. “Ark” has a final fling as strong as most albums’ lead singles in ‘The Midnight Law’ and ‘Remember to Remember Them’, as the rock simply does not stop. Each is chock full of energy, watertight and detailed rhythm section work, and pummeling into a state of death by melody and counter-melody.

The band’s press release makes repeated references to Led Zeppelin. Perhaps this is the kind of album that seminal band would make if they were releasing today. I can’t pay it a higher compliment than that.