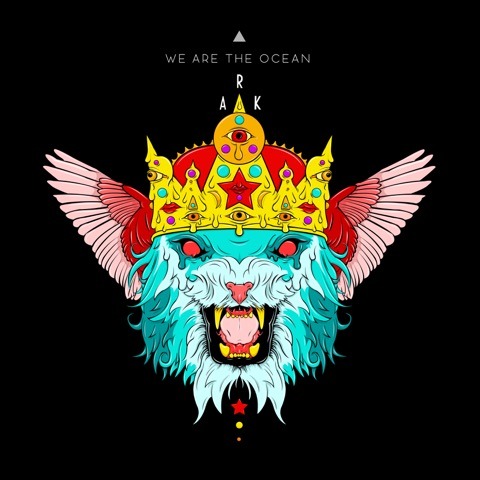 We Are The Ocean - Ark

The band’s press release makes repeated references to Led Zeppelin. Perhaps this is the kind of album that seminal band would make if they were releasing today. I can’t pay it a higher compliment than that.»

While early album taster track 'Ark' (premiered by Zane Lowe on Radio 1 at the end of 2014 as his 'Hottest Record In The World') displayed We Are The Ocean's penchant for prog influenced, Led Zeppelin-esque bombast, lead single 'Do It Together' is a raunchy blast of feedback drenched, sweat drenched rock aimed straight at the hips and the mosh pit. 'Letter to Michael', written as a heartfelt tribute to lead vocalist Liam Cromby's father, shows a new found lyrical sensitivity while 'I Wanna Be' and 'Shere Khan' demonstrate the band's ability to kick out an earth shaking racket and are sure to be a firm favourite in the festival calendar this summer. Elsewhere, 'Remember to Remember Them' is a perfect demonstration of the band's develop-ment and growing maturity as songwriters. A listen to the whole of 'Ark' leaves you in no doubt that We Are The Ocean - Liam Cromby (vocals), Alfie Scully (guitar), Jack Spence (bass) and Tom Whittaker (drums)- are a band that have played its part in developing the UK's burgeoning rock scene from niche underground concern to today's arena-hogging, playlist-bothering supernova, now they're in the mood to take their place at Rock's Top Table.
description from www.roughtrade.com