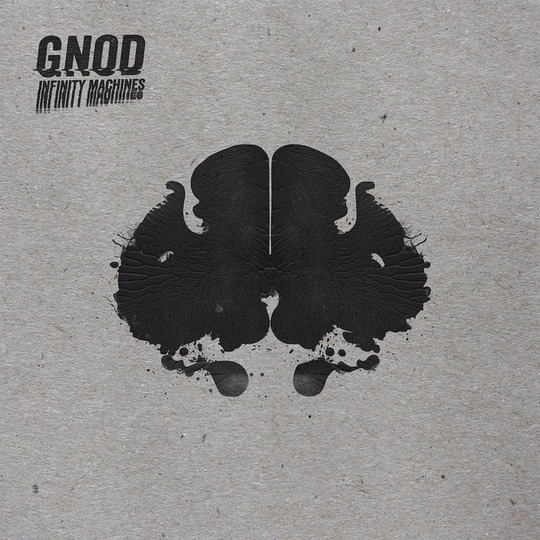 From the Drowned in Sound Health Promotion Division (DiSHPD)

A new strain of the drone-borne supervirus Gnod may infect roughly 102 people in London, according to a recent study published in the Lancet. Due to its abnormally long latent period, the new strain has been dubbed Infinity Machines.

The study, conducted by a team of epidemiologists from the University of Georgia, warned consumers to listen for 'uncontrollable saxophone squalls, industrial-grade throbs, a repetitive Germanic pulse, and tangential voice clips, all of which may last from six minutes to half an hour'.

Initial symptoms appear 18 minutes after infection, and may include dizzy spells, drowsiness, blurry vision, short term memory loss, and loss of focus. More severe side affects, such as mild to moderate anxiety, aural and visual hallucinations, brief unconsciousness, and general hopelessness, may develop after an hour.

If left untreated, the researchers warn, a Gnod victim may become delusional. 'We’ve known for decades that drones contain potent neurotoxins,' said Lee Adcock, the author of the study, in an interview with DiSHPD. 'But this strain of Gnod is much more malignant. Many of our subjects demanded extra doses, even if they received the most severe reactions.'

Previous investigations have confirmed that the Gnod supervirus originated nine years ago in Manchester, and has cycled through several strains throughout the UK and parts of France. Observational studies conducted across 15 music venues have identified about 1,500 infected individuals nationwide.

Almost every infected person denies that the supervirus exists, claiming instead to be part of a Gnod 'cult' that 'explores the multi-faceted universe' and 'does stuff… yeah'. Individuals affected by Gnod also adapt nonsensical jargon to describe the exposure experience, such as 'the blissful union of Hawkwind and Amon Duul', or 'when This Heat shares a peace pipe with Neu!', or 'a higher level of consciousness'.

The Infinity Machines strain occurs in eight stages, each with varying intensities of drone. According to Adcock, the shortest stages were the most potent. 'On "Breaking the Hex" [the seventh stage], we had more epileptic seizures than during any other phase,' she said. 'We suspect that the combination of catastrophic saxophones and collapsing krautrock rhythms must have triggered the reaction.'

Researchers worry that this Gnod strain may carry unhealthy subliminal messages. 'Within the first ten minutes of exposure, an individual may lose all monetary, political, or overall selfish ambition,' warned Adcock. 'That could be due to the slightly paranoid voice samples, or the drifting drum colossus, or the intermittent chimes, or, again, the combination of all these elements into one sax-driven, desperate dirge…even the very desire for melody, the most essential component of the record-buying public’s diet, could be completely overridden, in just the first stage. That’s very dangerous.'

Adcock and her team have tracked several other drone-borne illnesses in the region, including the lethal Chasms virus from the Isle of Man. In fact, the author recognizes traces of the short-lived disease in the current Gnod strain, especially on the fifth stage, 'White Privileged Wank'.

When we asked about the possible relation, however, Adcock stared at us with glassy eyes. 'Because you can hear them,' she whispered. 'The angels in the feedback.'

We asked her to clarify.

'THERE ARE ANGELS AND YOU CAN HEAR THEM,' she said. 'It is wizardry of the highest order. Black magics [sp] that defy the hearing range of all mere morals. This is the heartbeat of the cosmos.' She paused. 'And he is there. Archmagus Seed. In the spirit plane. Channeled by Gnod. And Gnod shall follow, and rip apart the physical plane with sonic chi to allow us humble followers into the Mashkuflugen. And all shall be well.”

Adcock declined to comment on the Mashkuflugen. This concluded our interview.

The study predicts that the new Gnod strain will hit on 20 April. The DiSHPD advises that consumers avoid exposure by any means necessary, and to report any self-proclaimed 'cult' members immediately.