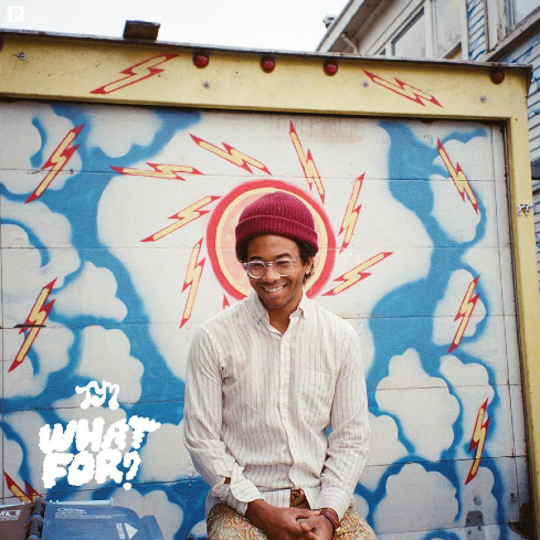 Being labelled and grouped with other acts - whether or not one belongs there - must have a frustrating impact on the psyche of an artist. Whether or not you roundly dismiss such terms or embrace them in the hopes of becoming the definitive act of said ‘movement’ requires a delicate weighing up of both artistic licence and marketing nous. Sadly, as trends progress, such terms are often rendered either meaningless or, worse, hopelessly passé. Think DancePunk, Nu-Rave or ThamesBeat.

Toro Y Moi has been labelled and pigeonholed with the best of them, yet he is much more of a shape shifter than people give him credit for. Once grouped into the chillwave scene with the likes of Washed Out, and subsequently termed hipster R&B along with acts such as How To Dress Well, Toro swiftly nips the journalistic ‘I invented That’-ness of these fabricated movements in the bud and creates something that basically only sounds like Toro Y Moi. Another genre spanning step forward, his latest record What For? is sure to baffle journalists and algorithms on an international scale.

A shimmering, optimistic record recalling Stevie Wonder and Brian Wilson, the LP makes for a comparative step back in time, with smooth yet fuzzy basslines, funk breakdowns, clever arrangements and soaring backing vocals. This is music a far cry from the more serious-minded music dominating the airwaves in the first quarter of 2015: spring is here, and Toro Y Moi has brought it.

Tracks such as ‘Lilly’ recall the more experimental side of Motown, the wonderfully dated basslines and pulsing keys that begin perhaps the most indicative of the record’s sound and ethos. Likewise ‘Empty Nesters’ anchors things very much in the Sixties and Seventies, with the opening guitar riff reminiscent of The Byrds’ mid-period, whereas its lyrical subject matter recalls the knowing naivety of the aforementioned Wilson. ‘Run Baby Run’ meanwhile contrasts its lullaby melody with a fantastically understated and hugely effective guitar line running simultaneously, holding the track together and doing a remarkable job in lifting further an already very affective and concise two minute 45 package.

Second single ‘Buffalo’ is certainly typical of the record and a safe bet for promotion purposes (I can see this one making waves in Urban Outfitters in the coming months), it by no means captures the inventive nature of What For?, lacking the craftsmanship that prevails elsewhere in its stop-start verses and its excess of poppiness in the chorus. Nonetheless, what is seen here is an act on top of their game, one that is looking backward and forward at once, and not deviating from his own vision, though he may seek inspiration from others’. Journalists and publicists will need to re-think their categorisations here, because Toro Y Moi has thwarted them once again.