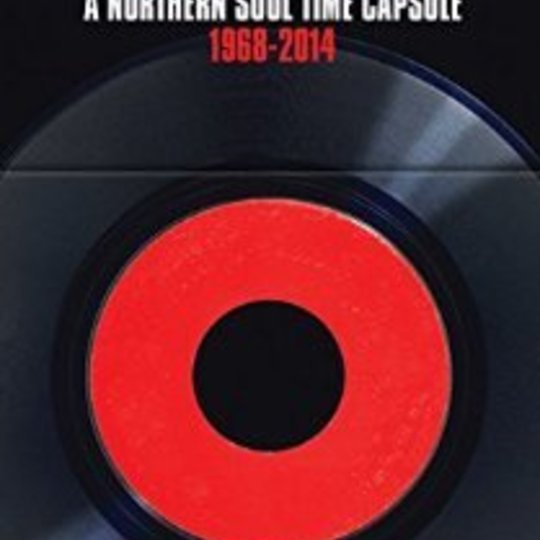 Over the past couple of years, the Seventies dance phenomenon known as Northern Soul has enjoyed something of a resurgence. From its humble beginnings in Manchester's Twisted Wheel and Blackpool Mecca through to present day residencies at London's 100 Club and the Twisted Knee Soul Club in Wigan, it's a scene that's continued to capture the imagination of old school diehards still living out their teenage years and curious newcomers, bedazzled by its stylish clothes and heart pumping music.

The original precursor to acid house and the techno rave scene of the Eighties and Nineties where all night dance parties fuelled by illicit substances rather than alcohol were all the rage, musically aroused by rare 7-inch singles from obscure artists on record labels that by and large didn't really exist. It created a legion of anoraks before the term was created, all desperate to clasp their hands on that hard-to-find piece of vinyl before any of their friends. While Elaine Constantine's film about the scene packed cinemas up and down the land last year, Shimmy Marcus' 2010 celluloid 'SoulBoy' walked away with the award for best soundtrack. And it's that comprehensive mix of scene staples and obscure oddities that makes The Odyssey: A Northern Soul Time Capsule an essential purchase for anyone remotely interested in one of youth culture's most lasting statements of intent.

Comprising a whopping 230 songs across eight CDs, two DVDs featuring Simon White's excellent 'Keep On Keeping On' documentary - recently repeated on BBC4 - and a second one where original Wigan Casino DJ Richard Searling interviews Soul Bowl record dealer John Anderson and Philadelphia soul singer Kenny Gamble. Throw in a 160 page book featuring contributions from Mike Ritson and Stuart Russell ('The In-Crowd') and Karl White ('The Post Wigan Years') among others and you've one of the most concise compendiums of this or any other musical genre currently available on the market.

While the recommended retail price might cause some punters to turn the other way (Amazon currently have The Odyssey:... listed at £71.68), it still represents fantastic value for money when placed alongside increasingly expensive vinyl artefacts on the market today. With each CD focusing on a different era in the scene's development, The Odyssey:... represents a smorgasbord of soulful delights, many of which are still relatively unknown to this day. The first CD takes the listener on the first steps of Northern Soul's everlasting journey to 'The Twisted Wheel'. Robert Parker's 'Barefootin'' and early Gladys Knight & The Pips cut 'Just Walk In My Shoes' rub shoulders with Jimmy Radcliffe's enduring 'Long After Tonight Is All Over' and The O'Jays 'I Dig Your Act'. It's an explosive introduction and one that doesn't subside before Timi Yuro's 'It'll Never Be Over For Me' brings the eighth and final CD ('The Weekenders Era') to a close.

Predictably, The Odyssey:... has far too many highlights to list individually but if we had to choose one compilation out of the eight on offer we'd probably go with CD4 ('Blackpool Mecca To Wigan Casino') purely because it encapsulates everything we've come to know and expect from this most treasured musical and cultural phenomenon. Paul Anka's 'When We Get There' and Dean Parrish's 'I'm On My Way' invite us to bounce across the floor incredulously while Gloria Jones' original version of 'Tainted Love' and Frankie Valli's 'The Night' provide the nostalgic singalongs. Elsewhere, Yvonne Baker's 'You Didn't Say A Word' and Bunny Sigler's 'Girl Don't Make Me Wait' encourage us to Google their respective creators' back catalogues. Frank Wilson's 'Do I Love You', a record so rare it was purchased by one devout consumer for the princely sum of £25,000 not so long back also makes an appearance reminding us why it's still one of the most sought after pieces of vinyl in history.

Of the other CDs, R Dean Taylor's 'There's A Ghost In My House' - yes the one The Fall covered in 1987 - carries 'The Golden Torch To Blackpool Mecca' on CD3, while early recordings from then unknowns but the soon-to-be established Pointer Sisters ('Send Him Back') sit contentedly alongside lesser feted cuts from legendary artistes The Drifters ('Pour Your Little Heart Out') and Ben E King ('I Can't Break The News To Myself'). But then Northern Soul was never about individual stars. Instead it was about being part of a collective. All for one and one for all. The in-crowd.

As musical encyclopedias go they don't come much bigger or better than this. However, we'll leave the final words to journalist and author Simon White, who simply comments, "For some people, Northern Soul was the biggest thing they ever had in their lives. You either get it or you don't. Plenty didn't but plenty did, and still do." And with that, we'll leave you to conduct your own voyage of discovery amidst this mammoth treasure trove.