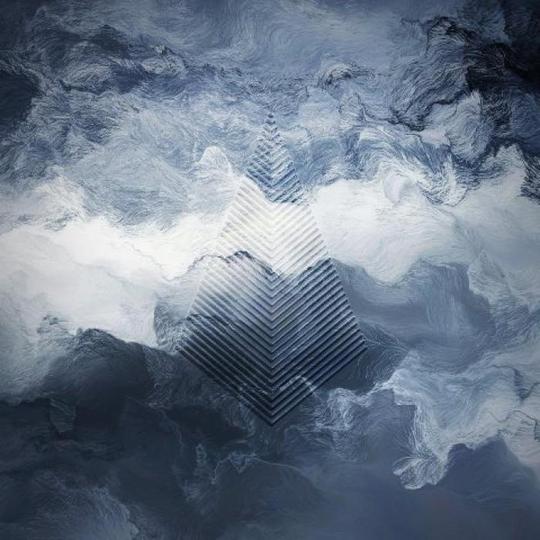 London-based Erased Tapes are as consistently strong a record label as they come these days. The independent outfit handles more talented classically-trained musicians than you could shake a stick at, releases music in a range of avant-garde genres (from neo-classical and electronica to drone), and acts as a fertile breeding ground for some of the most exciting collaborative projects around (see Sisteray and A Winged Victory for the Sullen in particular). Their artists, by and large, are exempted from populist demands such as accessibility and catchiness, allowing experimental projects like Kiasmos – who take the straight-and-true trajectory of traditional minimal techno, and embellish it with strings, piano and a classical sense of grandeur – a whole lot more freedom than they’d find elsewhere. Things might move along a little bit slower because of this, true – but the results are rarely disappointing.

The culmination of seven years part-time collaboration between revered classical componser Ólafur Arnalds and Bloodgroup keyboard player and vocalist Janus Rasmussen, Kiasmos’ debut LP is a case in point. It might not be much in the way of a surprise for those who’ve listened to ‘Thrown’ or ‘Looped’, but working from divergent influences is rarely simple, and Kiasmos iterates on the ideas explored in these earlier tunes with serious skill, electronic and traditional influences so tightly woven together that the LP maintains a very definite sense of identity throughout, and is pretty much impossible to poke holes in.

Eschewing the visceral edge of their earliest releases, Kiasmos embraces a longer, slower-burning modus operandi. At one extreme are moments of utter stillness similar to those in Arnalds’ wonderfully spare solo work – when all the machinations of a track halt, as if overcome by their own gorgeousness, and only – say – a stray piano line creeps onward (the afterglow of ‘Burnt’ is a prime example of this). On the other - and for the most part – the tempos are kept consistent. Sounds move inwards and outwards, textures might shift and layer over each other, but things continue on – in all their elegant glory – at an even, easily managed pace.

If lots of techno and music of that ilk is designed to cajole you onto the dancefloor, then Kiasmos is both its distant cousin and an entirely different creature, curling itself around you, rarely demanding anything more than a little attention, snug as a glove. Its flagship tune, ‘Thrown’, both wintry and warm-sounding, is made from a cool, delicate chiming melody – strings swooping and swooning in the background – and a bass line that’s had its edges rounded off to an almost therapeutic rumble. There’s movement, sure, but it’s never abrasive and never left to run out of control - as with the majority of the LP, ‘Thrown’ rarely feels spontaneous or scatty (or infectious) as its techno forebears.

Of course, that’s not to say there aren’t moments of genuine excitement to be had. ‘Bent’ uses one of the most jagged bass lines here as a foil for its beautiful piano, before lurching upwards into a blissful, totally infectious final ninety seconds. ‘Burnt’ is similarly poised, and as the longest track on the album, it’s also probably the best – shifting gears with a clattering, industrial percussive line into an all-out, almost danceable hybrid, half Jon Hopkins, half Max Cooper. To Arnalds and Rasmussen’s credit, there are few points here which give in to crescendo or melodrama. Instead, they work in subtle and sustained contrasts between beat, percussion and classical sounds, taking the most notable overlap between techno and neo-classical – patience – and making it work to their constant advantage.

Perhaps because of this subtlety, at first listen Kiasmos feels like a laying-down of ground rules – as if the pair are setting a safe benchmark from which they can make more experimental, more risky forays into this territory in the future. Listen to it a few more times, though, and you can’t help feeling like ‘safe’ for these guys really isn’t that safe. They just make it sound so easy.