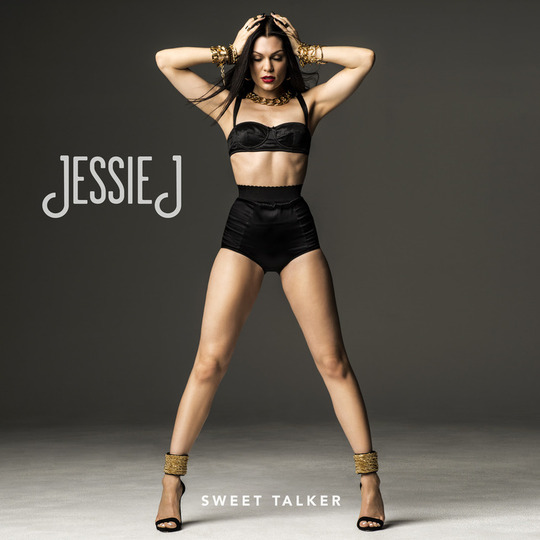 You can read DiS's acidic takedown of Jessie J and her 2011 debut Who You Are as smart aleck cage-rattling or a withering indictment of how homogenous modern pop/chart music has become. Three years on, things are even more grim. Sure, it's foolish to look to the charts for any kind of sustenance but there was a time when it wasn't all so obviously cynical. Now, the songs that dominate the Top 40 aren't really songs at all. They're showcases. They exist purely to further a brand, provide a platform for Featured Artists and, in the case of an accompanying promo, dot the colourful landscape with as much product placement as possible. Again, let's not pretend that the previous couple of decades were all halcyon days, but the current state of play is so aggressively false as to be genuinely upsetting.

Enter Sweet Talker, lead single 'Bang Bang' and Jessica Cornish's latest roll of the 'crack America' dice. You can see the boardroom meeting. 'Hmm. Jess really needs to make an impression here. The last album was a disaster so it's sink or swim time. Nicki or Ariana? Fuck it, let's just get both.' Fitting that Jessie compares some poor unnamed girl's arse to a reinforced automobile, because this is a car crash of a song. A screaming, piercing, nails-on-a-chalkboard mess. The chorus belongs on the closing moments of a trailer to a particularly wretched rom-com, complete with Baritone Voiceover Man and brilliant white faces smiling brilliant white. Everything else is simply a soapbox for the trademarked trio. Grande is just kinda there, Minaj does her 'show up and spit inane lyrics really fast' thing and Jessie gets to go full Aguilera. Look what I can do, everyone! BUY ME. LOVE ME. Desperation drips from every micro-managed pore. I count four instances of Beats by Dre in the video, by the way.

America, baby. Speaking recently to that bastion of all things fair and balanced, The Daily Mail, Jessie helpfully explained that breaking the States was the only option for an artist of her craft:

'In America they see me as a singer whereas here I feel that people don’t appreciate my voice.'

Take that, domestic fan base! Incidentally, it's almost worth giving the fuckers a click to peruse the opening paragraphs and wince at how awkwardly and abruptly the conversation shifts from Carry On-style wink-wink, nudge-nudge to the topic of Robin Williams' suicide. Warning: may cause whiplash. But hey, it paid off. Practically every host platform for 'Bang Bang' has racked up more hits than the populations of some countries. What about the host platform that's supposed to matter, though? Y'know, the album? Sweet Talker is Cornish's third, though her marketing team would like to pretend that 2013's never-released-in-the-US Alive doesn't exist. Indeed, there's not a single mention of it in a press release that goes as far as to label Jessie J a 'global icon', which, and I feel I'm being generous here, is absolutely taking the piss.

"Imma do it like it ain't been done", she speed-crows in the opening seconds before adding that she's "one of a kind" against terribly obnoxious guitars and beats. Fair enough, it's important to come racing out the blocks but 'Ain't Been Done' is nothing more than braggadocious bullshit. Seconds later and the notion of Jessie J resembling anything approaching original becomes even more hilarious as the 2 Chainz-assisted 'Burnin' Up' - boasting no less than eight (!) credited writers - shamelessly apes Britney, Rihanna, et al. The incessant handclaps - which also burrow their way back into 'Bang Bang' because why not - are enough to make your brain throb.

'Fire' - which has John Newman on its writing staff - leans on Coldplay's 'Paradise' a little too much and is way more overwrought than it needs to be but the construction is smart and the production adds elegance. Bravo to 'Personal' and its sickly sweet guitar for immediately undoing that goodwill. 'Seal Me With a Kiss' (FEATURING De La Soul), meanwhile, is a Pussycat Dolls album track in all but name. 'Masterpiece' and 'Said Too Much' trot into similarly heard-it-all-before environs but at least Jessie manages to hit the notes a little less violently and the drums are nice.

By the time she correctly notes that it's "so loud, loud, loud…" on, er, 'Loud', your head starts to spin a little. It's just too much. Cornish can belt it out with the best of them, of that there is no doubt. She's no slouch, either - 'Domino' is a belter and she wrote 'Party In The USA', for Christ's sake. Sweet Talker is as hollow as it gets, though. It's the audio equivalent of a Buzzfeed list. There's barely a narrative other than posturing. It's not really an album, more a relentless ad campaign. I'm not buying it and neither should you.