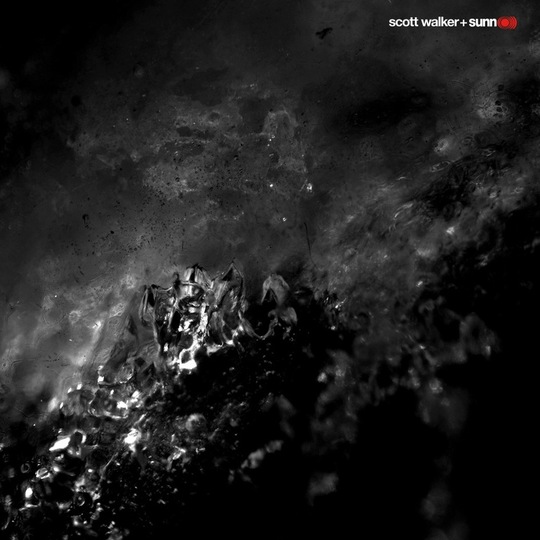 Age has only rendered his singular persona more and more isolated, with the rich early romanticism of his English-language chanson efforts - lifted from Jacques Brel - now very long since in the past. Bish Bosch, from 2012, was not only the climax of a trilogy that began with Tilt in 1995 but, now it would seem, the final step in a five decade long journey deeper into dissonance, sparsity and gothic isolation. By Bish Bosch, the warm orchestras - and large spaces necessary for their recording - still stubbornly retaining semblances of those early albums as late as Tilt had all but disappeared, save for a few memorably mutant exceptions. It left Scott to succumb to his overactive id in a far smaller and darker room, aided by a small band of faithful minions.

Armed with a broadening, but thinning arsenal of unusual sound sources, that have gone on to include machetes, punched slabs of meat and perhaps most infamously a chorus of wet fart sounds, Scott’s sound has essentially stripped back more and more over time from the rich sweeping ensemble epics of the Sixties, leaving the atmosphere above and the low-end below all of his manic operatic incantations nervously vacant, if not for smattering a of anti-rhythmic percussive rattlings and greatly dispersed sonic leitmotifs. If nothing else, calling in Sunn O))) is the aural equivalent to upending a swimming pool on your recording studio: it leaves no cubic centimetre vacant, empty or devoid of sound.

Sunn O)))’s own long, strange trip has also repeatedly diverted of late, with collaboration becoming increasingly central to their modus operandi, culminating in Monoliths & Dimensions back in 2009, which was in fact when the duo first made contact with Mr Walker to tentatively discuss a potential collaboration for the album. While that never came into fruition, Scott ultimately summoned them to record Soused.

The pairing isn’t as inorganic as one would think after scanning their respective bios. Those metallic droning guitars have been an ever-important part of Scott Walker’s own sonic backdrop recently - Bish Bosch in particular had many passages of dark heavy riffage. And vocalist Attila Csihar of Mayhem has increasingly resembled a black metal avatar for Scott Walker in his repeated Sunn O))) guest appearances, invoking theatrical demonic alter egos atop their twisted primordial deluge.

And now we unbelievably find ourselves in the present. A present where Scott Walker and Sunn O))) have recorded a full length collaboration, consisting of five songs, each circa ten minutes in length. Each consisting of Walker’s abstract, Beckett-like incantations. Each consisting of sweeping monolithic guitar drones. It’s everything we hope’d it would be, and then some; challenging to try and understand, occasionally too much to take, and above all stuck in that nether region between sickening and beautiful. Between tear-jerking and stomach churning. The trail both artists have firmly blazed, leaving a path of stale bread crumbs behind for the rest of us to nervously follow, ever deeper down the rabbit hole.

As with their recent collaboration with Norwegian genre-hoppers Ulver, Sunn O))) don’t dominate the proceedings - as could so easily happen with their signature amp-killing drones. They subdue their usually organically evolving, snail's pace riff cycles in favour of Scott's dramatic non-sequiturs. 'Brando' opens with a blast of cheesy Eighties guitar twang, Walker's heavenly tenor in full swing, and a wash of friendly pop synths, but it quickly descends straight into Sunn riffage, pulsating keyboards and percussive whip cracks emanating straight from the torture chamber. Every song has a few key lyrical themes that get revisited, and on 'Brando', embodying the spirit of the titular actor, Walker quivers the line "a beating would do me a world of good", as the character examines his inner demons.

'Herod 2014' builds atop another set of keyboard pulsations and sound effects, with the Sunn camp droning away like the blare of an ocean-liner while blasts of screeching sax punctuate every few bars. "She's hidden her babies away" announces Walker in the third person, going on to paint he story of a (perhaps Native) American mother in desperately poor circumstances. A series of stark, richly metaphorical snapshots follow, painting a vivid image: "Bubonic, blue-blankets / run ragged with Church mice".

Every song is as vividly realised as the last, with Walker's overpowering visions lingering long after closing track, 'Lullaby' comes to a close. His latest collaborators facilitate proceedings perfectly though, providing a mid-album intermission in the form of the instrumental drones that close 'Bull', or breaking character to record grinding guitar licks for the climaxing choruses of 'Lullaby'.

As a poet and storyteller, Walker is now almost peerlessly deep and complex despite his relative economy of words, while Sunn O))) more than live up to the lofty expectations as they prove to be the ultimate atmospheric collaborators. Out of all the stellar releases in 2014, this collaboration is the one which is most likely to stay with us all, and the one from which the most new conclusions will be made as years in the future, we’re still dissecting and seeking to understand the stories and emotions captured therein.