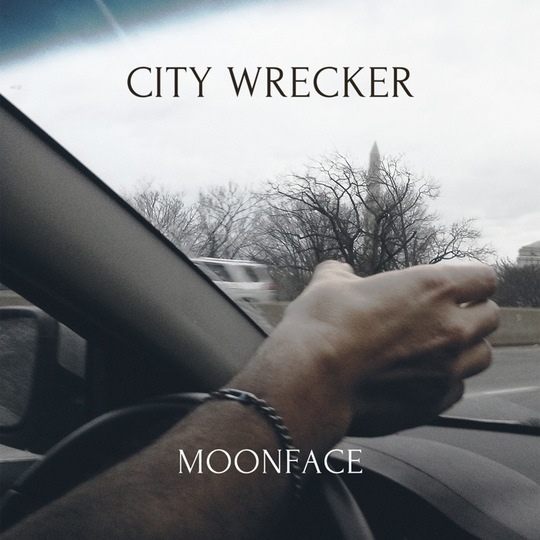 You probably don’t remember but I called for an interview just after Sunset Rubdown released Dragonslayer, in 2009, and it was a rainy day in Finland (for you) so halfway through the call a double rainbow hatched outside, and you were grabbing the rest of the band to tell them – and apologising down the phone to me – but the way you described it arching over some weird piece of Finnish civil architecture (a giant metal flower?), and the fact you were collaring people from the support band (who I think were Siinai) to come and see, it seemed like simultaneously the least rock and roll thing, and the most endearingly unselfconscious thing a person could possibly do, and so it made me happy just to hear the commentary, 1,000 miles away.

So, anyhow, last week I was on a train from Kristianstad to Malmo, gliding at 200 km/h between dark green pine forests and golden fields studded with a single red deer looking up, and the rain broke for a few minutes. I was doing what all devout fans do before a big new release; namely: bingeing on the back catalogue in chronological order – and just as I reached the lines “I asked you where you want to be buried / and you asked me… the name of the town where I was born” (which I’ve called the single most romantic thing I’ve heard in years), that’s when I saw the rainbow to the southeast of the train, only half an arc in the mud-grey sky, but pointing back to the place we were rushing away from, as if to say “No, really, you can slow down now; you already made it; you've already found enough that’s worth having and seeing and doing.” Un-rock’n’roll or what?

I guess what I’m trying to say is: ‘That’s as spiritual as I need it to be’; like you said on 'Daughter of a Dove' (which I’ve been calling 'Breakwater Song' all year, playing the bootleg a couple-dozen times since hearing it in that peculiar chapel behind King’s Cross, on a rainy night last November). Moonface's just-released Julia album was a phenomenal suite of stripped down love-songs with echoes of Rachel Grimes – a personal challenge to rediscover the piano as percussion, and the voice as a forceful presence (scaling the range from lover’s whisper to an expression of the human spirit rattling the cage of existence as it echoes off the chapel walls), rather than just integrating its melodies into the 'wall of counterpoint' as Dan Boeckner explained the Wolf Parade formula, once. That’s still a great formula, but there’s the danger of relying too much on the band and the studio, and not pouring your guts into the performance, isn’t there?

While the album managed that triumphantly, there was still something missing, namely: the long, multi-segmented songs that were often the climax of SunRub / Wolf Parade / Moonface albums, be they 'For the Pier & Taming of the Hands' (run together), 'Kissing the Beehive', and the whole 20 minutes of the Dreamland EP. Where the Julia album found its intensity in its tight focus, and the heartbreaking bravery of stepping out from behind all those metaphors ("hanging with the vampires...", the courtesans, and chameleons), the City Wrecker EP loops back on itself: it manages to be a continuation of the story of an artist’s quest (for love, for community, for aesthetic purity) but also reintroduces some of the delicate, textural synth-parts that worked so well before, and the baroque mythical imagery, having re-evaluated whether they were truly conveying feeling or somehow impairing it. And that’s an important gesture in itself.

Unlike the album, the EP alternates between dense metaphor and wistful candour; the places artists invent to retreat from their problems, and confessional accounts of the places they literally go, in retreat; solo piano as a cipher for authenticity... and ethereal synthscapes as a cipher for utopian fantasy. What distinguishes it is that there's an epiphany at the end. It's all been building towards the 10-minute 'Daughter', which may be one of the finest statements of the artist’s role as medium: re-shaping our relationship to the world if not the universe through art, through metaphor, or just the well-chosen word, to show that we're able to create our meanings, and in a small way that makes us divine. The song is a collage of beautiful - but by no means fantastical images - and to my mind it's the artist himself who acts as the "breakwater to the sea" – an image that grows and grows with each repetition, borne out by the lapping, then lashing piano lines – until you can see that, yes, there’s a whole ocean of History and the Totality of Human Experience (which includes Suffering but also Joy) beyond the shoreline of everyday experience, and the artist’s job is to be that breakwater; the place where you can witness the force of what's beyond. To me, then, it’s a song (and an EP) to soundtrack the realisation that you may already have seen the world at its best, and sometimes what’s beautiful and timeless and powerful can also be familiar and obvious. You can move from Montreal to Finland and back to Canada, but it's not a failure. It’s not a musician’s (sole) job to dramatise life, or to find 'the new sound', but sometimes just to affirm what’s true.

So anyway, thanks. I'm not sure reviewers say that often enough, preferring to leave it to the fans, but yes: thanks for writing.