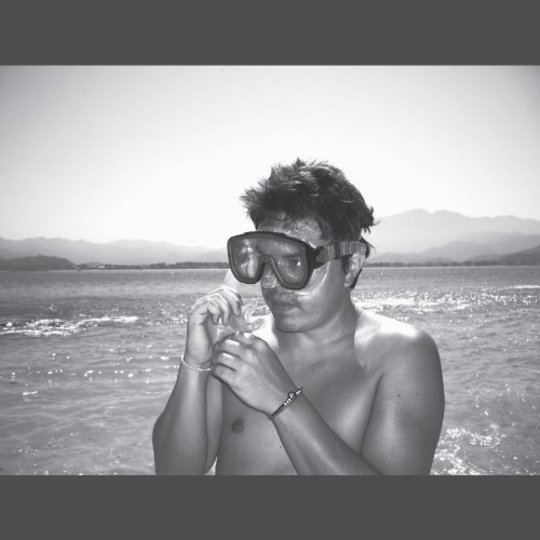 Spencer Krug, needless to say, is a most prolific man. In the past five years, he has been involved in ten albums with five different bands. And unusually for one so prolific, the quality largely holds up. Sunset Rubdown's last album scored a magic 10/10 on these esteemed pages. Big things are surely expected then, from Moonface, his latest, solo project.

As the title would suggest, this is an EP intermingled with that subconscious dream world we all retreat into. The lyrics emerge directly from a diary kept of all those nightvisions and night terrors, worlds of “glass guitars”, “dirty harbour waters”, and a man checking a girl for fever “by pushing all his fingers through her skin / He's just reading her mind.”

The EP title provides further illumination by cuing up the primary instrumentation – marimbas, and the odd flurry of low fidelity drumming. On first listen, second listen, third listen, it all sounds novel, weird. The marimba is usually an accompaniment, an orchestral instrument occasionally used by the more adventurous to add depth, not a lead instrument (unless you're Man Man). But it soon makes sense, the layers of wooden beats providing a viable, beautiful alternative to the guitar/synths dichotomy. There's a moment when the marimba layers simplify out into a (sort of) chorus that is worthy of the best of pop songs. The 'device' of using a marimba removes the immediacy of the melodies, meaning a few listens are needed to realise this. Swap the instrumentation around, and this could fit onto a Wolf Parade record.

At twenty minutes long, this one track EP could easily be several smaller songs crudely welded together. There are several short periods of droning marimba that separate the piece out, but by using the marimba throughout, the seams are less visible, and common threads hold it together. The lyrics return to the line “I was hanging out in the tower / The tower overlooked the sea” several times. One of the drones, three quarters of the way through, is reminiscent of water dripping, and quickly becomes beguiling, hypnotic.

Water seems key to this record. The words frequently return to them - “I can breathe underwater / I can hear your muffled laughter” - “I was looking for you when the rain came down” - and most vividly of all - “I've been shook into a dreamland where the waves have come alive / And I watch them chase the people down the beach.” A first person narrative dominates these tales, many sentences beginning I was / I am / I have. Krug is reporting his dream diary here. In normal life this would be intensely boring, but it fits in with his wider canon, which is full of obscure, obfuscated lines. It's part of what makes Sunset Rubdown work so well. Even with a dreamworld context, his declarations of “I am the moon faced flower child” and “I was lying around with chameleons” don't seem to fit in with the overarching context of the EP's watery world.

The layers of marimba at times resemble an organic version of the interlocking pulses of sine wave synths in electronica. This EP is mesmeric, the chiming lines having a hypnagogic effect, sending you into the dreamworld that Krug describes. The fascination of escaping into a self contained dream makes this record enticing, luring you in. Combined with its unique instrumentation, Dreamland EP is a special record, turning what could have been a gimmick into something else, something otherworldly.