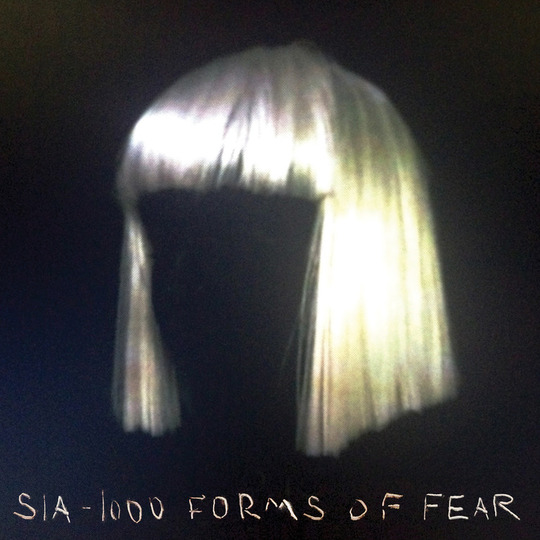 Have you ever heard of Bonnie McKee? She's who Sia wanted to be.

After Sia Furler's fifth album, 2010’s We Are Born, did just about OK the world over, its Australian creator decided to write for anyone else instead of herself. Global stardom and the necessary toil to achieve it no longer appealed, so anonymity seemed preferable. When collaborating with low-rent hitmakers like David Guetta and Flo Rida, you could say it’s almost essential.

Trouble was, both ‘Titanium’ and ‘Wild Ones’ used Sia’s original vocal demos in place of your standard, two-a-penny Top 40 singer. Furler was meant to have the freedom to avoid such a fate, but then Guetta used her version of the song anyway. Despite being ‘embarrassed’ by the double platinum UK Number 1 smash, label chiefs talked Sia round into featuring on ‘Wild Ones’ too - it has now sold more than ‘Thriller’, ‘She Loves You’ and ‘Waterloo’. Having achieved an industrial level of chart success, 1000 Forms Of Fear became inevitable, as did a series of co-writer credits with pop’s top table.

So that's the laborious story behind Sia's sixth solo album. Having made and maintained a cavalcade of superstars in the past three years, can she achieve the same success for herself? Don't bet on it.

Assuming you’ve listened to the radio in the last three years, you'll know what to expect from 1000 Forms...: ballads. Big, kitchen sink singalongs, like Beyoncé’s ‘Pretty Hurts’ and Rihanna’s ‘Diamonds’, that toy with inner turmoil but always point towards a happy ending. It’s as though Furler starts every recording session with Bonnie Tyler’s blueprint for ‘Total Eclipse Of The Heart’ and then gives it a self-empowered sheen for the dance-pop age.

Having been utterly unfussy about who she's balladeered with in the past, Sia is significantly more focused on 1000 Forms…. This is her record and you'll damned well know about it. Aside from the Weeknd’s whiney turn on ‘Elastic Heart’, Furler’s roster of highfalutin collaborators is mercifully absent. Pitbull, Celine, Jessie J - it's for the best.

More significantly for someone who’s claimed ‘the songs that work best are broad lyrically’, the album contains several not so coded references to Furler’s recent troubles with Vicodin, Oxycodone and alcohol. “Look at me, I'm such a basket case,” she confesses on ‘Cellophane’. “While I fall apart you'll hide all my pills again.”

These aren’t drastic alterations to the standard Sia formula, but what you do get is an album with a very specific identity. Furler hasn't ‘done a Grimes’ and released her version of a song that was rejected by someone else. ‘Straight For The Knife’ wouldn’t cut its hyper-confessional teeth on a Katy Perry record, while ‘Fair Game’s minimalist squirm is far too restrained to suit Rita Ora’s next LP.

Alas, those songs feel a lot like filler, and ‘Chandelier’ is the sole offering any modern popstar would murder for. A ‘party through the pain’ anthem, it's Sia at her best: trim, catchy and vague enough to be universal. We've all boozed our way through a bad time, even if Furler's got more experience of this than most. Crucially, the song is visually expressed only through ciphers like Lena Dunham or Maddie Ziegler. You'll never see Sia relive her personal trauma, which is a shame - the album isn't good enough to vindicate its faceless presentation. 'Fire Meet Gasoline', 'Hostage' and 'Free The are all fine, danceable offerings. Unfortunately, you've already heard their sort before.

Sia’s become a victim of her own ubiquity and doesn't have the force of personality to persuade you otherwise. There are worse fates to suffer, but none more tortuous.

You've no doubt heard 'Teenage Dream', 'Hold It Against Me' and 'How We Do (Party)' - those songs are all written by Bonnie McKee. As for her own solo album Trouble?

Well... Sia's going to get what she wished for after all.