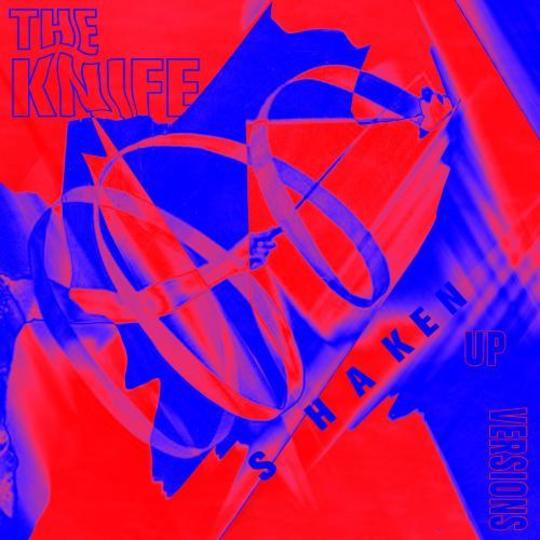 The Knife’s Shaking the Habitual tour was to concert jaunts by Scandinavian electro pop bands what Metal Machine Music was to albums by cranky Seventies rock stars: lots of people were furious about it, even people who hadn’t seen it - especially people who hadn’t seen it - and those who did enjoy it banged on about it in a way that suggested they’d just gleaned the secrets to the cosmos or something. The word ‘pretentious’ was darkly muttered by people who didn't understand the meaning of the word 'pretentious', while even the smuggest enjoyees tended to assume that The Knife’s had in fact intended to wind up the other half of their audience.

I’m really not sure that was the case, though I can see why you’d think so: clearly Shaking the Habitual itself had been wildly confrontational, fuelled by radical politics and a bloody-minded-bordering-on-perverse determination not to make a _Silent Shout Part 2_. So it’s not unreasonable to assume the tour might be along the same lines. But when about a third of the way through each show the expanded line-up of The Knife threw away their gothic cowls and demonic instruments and the whole thing turned into a joyous, spangly dance party complete with choreographed moves and undisguised miming… well I earnestly believe they fundamentally wanted everybody to dance and have a nice time.

The tour was conceptually and emotionally a discrete work to the album. And it was musically discrete, or at least partly so. If you're going to try and get people dancing by miming to songs that aren't especially dancey, you’d better get some dancy versions of those songs. If ever there were proof needed of the care and love Karin Dreijer Andersson and Olof Dreijer had put into the show it’s here, in Shaken-Up Versions, an eight-track mini album of alternate 'live' versions of tracks from the band’s four studio albums.

Ultimately, the context of these remakes was a scripted and choreographed live show, and without it Shaken-Up Versions doesn’t make total 'sense'. But it does have some bloody good music on it. The two best moments are the two most radicals ones. ‘Bird’, the only song from 2001’s self-titled debut album to make the cut, is rebuilt from the ground up. The duo are simply much better musicians than they were back then, wand while the original ‘Bird’ was nice enough, this one is thrilling, luminous thickets of exotic pings and a far richer, stronger vocal from Karin that kind of makes you wish they’d rework the entire debut.

And then there’s ‘Silent Shout’, which leaps up an octave or so, from ominous incantation to euphoric exhortation, those crystalline electronic arpeggios replaced by high, ravey synths. My fondness for it is probably somewhat informed by how well it worked as a closer on the tour, but it has a definite magic to it, reconfiguring the duo’s sound into something expansive and uplifting without losing their intrinsic otherness. Karin’s phased chipmunk are oddly moving, the line “in my dream all my teeth fell out” sighed delicately, not a downer but open and inclusive, bringing you into a song that once glistened dark and impenetrable.

None of the other reworkings are trivial, though perhaps none are revelatory. At the most basic level, ‘Without You My Life Would Be Boring’ gets a little more juice under the bonnet, a bit more percussive heft to its springy underpinnings. The dirgy ‘Ready to Lose’ is barely tampered with, making it the record’s sole completely undanceable moment and a slight chore, if I'm honest. The pair seem a little happier to tinker with the older stuff: ‘We Share Our Mother’s Health’ gains a sort of luxuriant techno/samba shuffle; ‘Got 2 Let You’ loses its poppy warmth, the fuzzy synths replaced by sinister pings; on ‘Pass This On’ they have a bit of fun with those gorgeously twinkling steel drums but don’t go mad. The general order is clean, precise techno-type sounds with explosively tight percussion and not much in the way of bass – wired 3am music.

Though there’s no doubt considerable time and effort were expended on it, Shaken-Up Versions is not a massive undertaking by the band’s recent standards, and there’s something quite liberating about that – Shaking the Habitual had so much baggage and intent behind it that it was kind of knackering. In its own oblique way, Shaken-Up Versions is the sound of The Knife having fun.