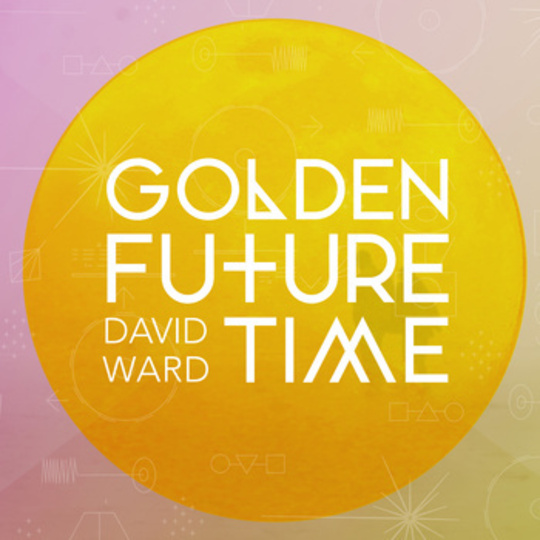 You could listen to the first track off of David Ward’s Golden Future Time, then the last, and be forgiven for thinking they were by two different artists. The album is a musical journey in the most positive sense, combining indie rock, funk, soul, electronica, and disco with intelligent, heartfelt theatrical lyrics.

It’s an record of two halves. The first sounds not unlike Jeff Buckley, Radiohead and Kasabian mashed together. The first track and single, ‘Slowly with the Night’, opens with haunting vocals and a kick drum. It sets out the stall for the cinematic ambiance found throughout the album and leads effortlessly into into the second track ‘Lost’. Here, synth is deployed expertly, creating a chilling beat that complements woe-filled lyrics. ‘Ghost in the Woods’ and ‘Be Here’ are beautiful songs, which tug at the heartstrings of the listener as Ward’s lyrics movingly encapsulate sadness and tragedy. Last track on the first side 'Be Here' closes it out perfectly, setting up a dramatic contrast with the second half as Ward’s voice and words are perfectly complimented by gorgeous piano playing. It probably won’t make waves on any charts, but it’s the centrepiece of the album, literally and musically.

Finally you hit the title track, and you feel like you’ve entered a completely different world. Gone is the rock and roll and dark, grungey feel of the first half of the album. In its place are the beats and rhythms of an R&B/jazz fusion that has you thinking of bright lights and disco balls. The mood quickly shifts, as you come to expect with this album, and ‘Bird in the Hand’ has a mellower feel to it, with the piano that was so effective in the first half of the album coming back to the forefront. A touch of James Blake oozes through, but there’s still a distinct sound, that’s mainly garnered through Ward’s unique voice and tone. The closing track, ‘Fly’, brings back the pace and the mood to the heights that were hit with Golden Future Time. By the end of the song you realise you’ve come full circle, and wonder exactly how you started at Point A and managed to so successfully end at Point B.

People will rave about Ward’s voice, his songwriting, and his ability to span genres, but it’s all of this so neatly combined into one album that’s the impressive feat. Until someone else comes along and proves they can sing like both Jeff Buckley and Michael Jackson, the only thing stopping David Ward from becoming a household name is the injustice of the music industry.