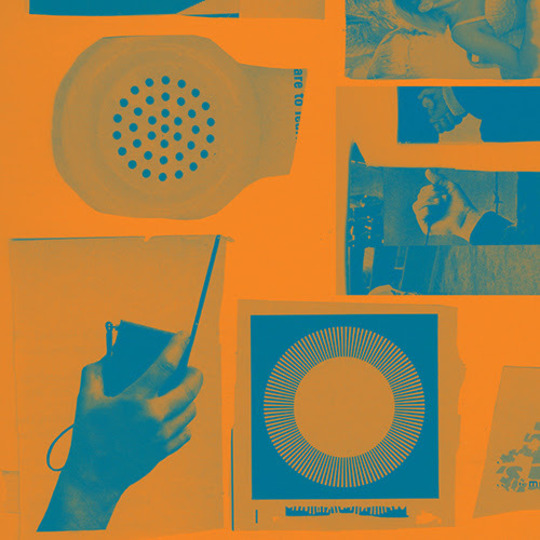 The Notwist have been through almost as many musical incarnations as Krishna has had earthly avatars. Through it all, Markus Acher's universally unflappable voice has served as the only indicator that the band railing against the system in 1989 is the same as the group gazing at its own navel in 2002. Acher's voice is one of reason and reassurance. It's the one that you hear over the sound of shattering glass and falling bits of plaster intoning:

"This is an earthquake. Get on the floor"*

'Signals' launches the album with a series of beeps, which, to the untrained ear, could pass for Morse. Clearly, this is symbolic of an attempt to communicate with the outside world; a wistful request for acceptance; a yearning to attain and overcome the need for belongingness on Maslow's hierarchy.

You might think this is a slight over-analysis. So an album by an electronic outfit has some beeps on it - quelle surprise. But listen to the chorus that they soar into - the chorus that expresses loneliness and outcastism with a simple couplet: "We want to be you/We want to be like you" - and tell me I'm wrong.

Okay. I could be wrong. Maybe it's irony. Maybe 'Signals' is a satirical commentary on the excessive importance given to social inclusion. That would be slightly out of character for the usually upfront and not often passive-aggressive Notwist, but not nearly as much as the sheer optimism on 'Kong'. Lines like "I believe in this" are so aberrant that even the band has to admit it - "there's something wrong with this" they say, not two lines before the cheery "I believe" harmonies kick in.

It's not even the only track where they admit to be acting out of character. In the surprisingly self-destructive 'Casino', they've blown all their cash gambling and now can only afford a single room with their shockingly tolerant partner. We are not sure why "one room for us/one room for both of us" is a problem, but nonetheless, they lace what should be an apologetic chorus with another liberal dose of "there's something wrong"s.

The beliefs aren't entirely warranted. For every track like the mildly awkward 'Casino' to the incredibly monotonous 'They Follow Me', there's a song like 'Run Run Run' which highlights the Notwist's practiced formula of simplicity - waves of minimalism layered over rays of distortion. Or there's a song like 'Steppin' In' which would be immensely missable without the profundity lent to it by the strings that appear seconds in.

The flawless noise that opens 'Seven Hour Drive' is a My Bloody Valentine signature too blatant to miss, but the band manages to pull it off with enough aplomb to pass the track off as their own. Close to the Glass isn't quite the luxurious auditory and emotional jacuzzi the Notwist's albums have been in the past. It's more a wading pool made of obligation and diffidence. However, penultimate track 'Lineri' is, even in absolute terms, wholly captivating, and the most genuinely affective track on the album despite being made entirely of synthetic sounds.