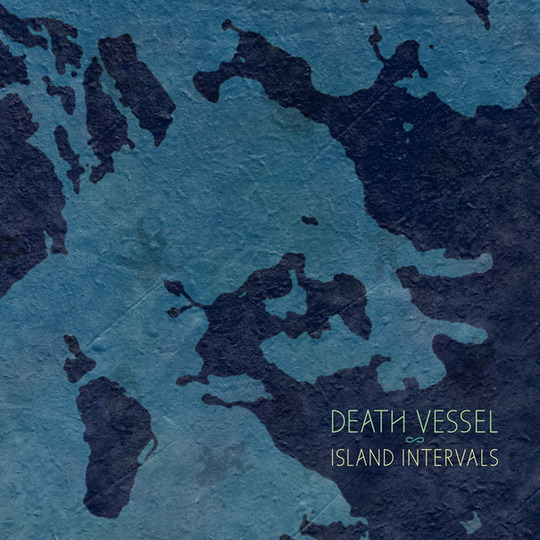 The third album from Rhode Islander Joel Thibodeau under the Death Vessel name is one of the finest things Sub Pop has put out these last 12 months, and we’re including the Mogwai album in that.

Understated, warm songwriting and unshowy production mask a record full of subtle touches and hidden depths. If the unmistakable voice of Sigur Rós’s Jónsi Birgisson didn’t already soar across the chorus of ‘Iisa Drown’ you’d probably still detect his hand at play in the production chair: Island Intervals shares the same sense of sonic detail and all-encompassing, blissful otherness that made the Icelandic space wizards ambient household names. What Thibodeau does so beautifully is combine that feel with the homely, plaintive mood of Bon Iver’s For Emma, Forever Ago to create an album of drifting, spacey, folk. It's the kind of record that rewards a dark room and headphones, or a long walk through a snowy town.

Though Birgisson adds an undeniable contribution and various guest musicians make distinct impressions, this is very much Joel Thibodeau’s record. His voice, both literal and metaphorical is soaked into the very soul of the music. That voice (literal) is a real thing of beauty as well, both genderless and oddly ageless, capable of the tone of a child and the feel and experience of a much older man. Opener ‘Ejecta’ is a case in point, ”the water will casually follow its route” sings Thibodeau in a sing-song voice, ”The caged bird will gradually go koo-koo””, it’s largely senseless but oddly sad, especially over a clattering, whirling percussion backdrop that breaks down and builds up in gentle waves, lapping like a warm sea.

Not that this all luxuriant melancholy. Thibodeau is quite capable of having some fun, as with the stripped down, bass heavy ‘Velvet Antlers’, or ‘Mercury Dime’s countrified shuffle. There’s admirable sonic shifts and moods here, but crucially they never feel disparate. Throughout the eight short songs that make up the album that voice (metaphorical) is watermarked into every moment, and it all feels of a piece. Thus ‘Island Vapors’ can swing from light-pop verse to a chorus that verges on a kind of understated anthem. It’s a remarkable achievement and a wonderful piece of music.

There are several moments on Island Intervals where another artist would have ramped things up considerably. Chris Martin would kill for songs like this, and would make a fortune translating them to lighters-aloft stadium audiences. Both ‘Island Vapors’ and ‘Isla Drown’ are robust enough to withstand the epic treatment and come out unscathed, yet it’s to Thibodeau’s (and presumably Birgisson’s) credit that we’re never forced down that road. It remains, at its heart and in the best possible way, a very small record of considerable charm. Warmly recommended.