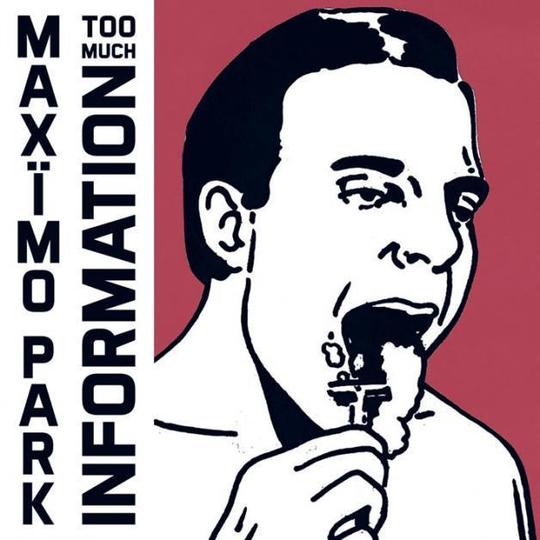 Where the credit crunch was clearly sparked by the collapse of Lehman Brothers, I’m not sure than any single, totemic event sparked the commercial cataclysm that befell UK indie rock around the same time – perhaps it was the Pigeon Detectives having two top 5 albums on the trot, conceivably it in fact was the collapse of Lehman Brothers again, probably it was something more prosaic to do with download habits and inevitable cycles of taste.

In any case, a lot of bands that were really very popular in 2007 were really very unpopular a short time thereafter, and though there are those whose trip down the toilet brings a smile to the lips (it’s hard to resist a Pigeon Detectives shoutback here, but more realistically I mean The Enemy), the natural reaction to such reversals of fortune is to feel a little sorry for the band in question.

Maximo Park are on their fifth album, now, and honestly, if their confidence has decreased with their chart positions have decreased, then there’s no trace of it here. Too Much Information is not the sound of a band that you should feel sorry for; if anything it’s the sound of a bunch of chaps you should envy, so utterly comfortable do they sound in their own skins.

The limited but palpable sonic evolution that has occurred since A Certain Trigger can largely be attributed to a certain amount of aging gracefully: the edges are a bit smoother, the keyboards are more graceful; Paul Smith is more understated than yelpy; lyrics convey a certain amount of rueful hindsight; one can just about hold back the urge to describe it as ‘angular’. There is talk in the bumph for A Certain Trigger of great experimental leaps, but with the exception of the eerily trancey ‘Brain Cells’ and skeletal electro-ballad ‘Leave This Island - they basically sound like Yeasayer, which is no bad thing – this isn’t Maximo Park reinvented, but Maximo Park grown up a bit.

Still, to call it business as usual would be to sell short the love, enthusiasm and melodic craft on display here. ‘Give, Get, Take’ is a splendid opener, marrying a sleek, zingy melody to an unexpectedly emotive, almost folky melody from Smith; ‘Lydia, the Ink Will Never Dry’ is dewdrop pure Smithsy guitar pop; ‘Drinking Martinis’ crunches and yearns in a perfect sigh of wistfulness; ‘Midnight on the Hill’ is the REM-ish ballad, taut enough to avoid cliché, expansive enough to accommodate a spot of lighter waving. Inescapably some of Too Much Information IS pretty angular – ‘My Bloody Mind’ and ‘I Recognise the Light’ make up the numbers a bit, the painful, Wire-ish ‘Her Name Was Audrey’ definitely earns its keep.

It’s completely unfair to everyone involved with this record to keep banging on about the fact that the band will sell fewer copies next week than it would have sold in 2007: even the Arctic Monkeys sell fuck all compared to what they sold in 2007. I suppose the jarring thing about Too Much Information is that in the most respectful sense it sounds like a hit album of seven year ago, and hence slightly out of time now, despite not actively being dated in any particular sense. But really, the joy of this restlessly melodic record is that it doesn't give a shit about any of that: it's neither forward looking nor, overtly retro or especially of the moment - it just is, in the best sense.