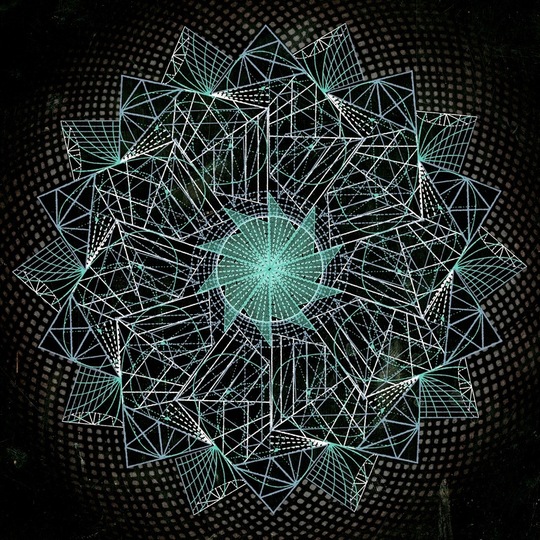 Anyone guilty of dismissing Swedish duo I Break Horses as the latest in a long line of shoegaze fetishists will need a serious rethink if second album Chiaroscuro is anything to go by. While its predecessor Hearts rekindled memories of Slowdive and the Cocteau Twins' hazy grandiosity, Chiaroscuro is an entirely different proposition. Constructed around synthesized passages and coarse beats, it grapples with the dark side of electronica and - as the definition of its Italian title suggests - the contrasts between those darker elements and the more uplifting, transient mode of the first record are very much in evidence.

While not as immediate as Hearts - there's nothing on here that matches the skewered pop sensibilities of 'Winter Beats' or 'Empty Bottles' - Chiaroscuro takes the form of a complete composition. It's one that demands to be heard in an entire sitting and never becomes languid or tiresome. Shrouded in mystery - as anyone fortunate enough to witness their support slots on last November's Sigur Ros tour will testify - Maria Linden's voice more often than not offers extra instrumentation than traditional vocal. Throughout the record's nine compositions, comparisons range back and forth from contemporaries such as Haxan Cloak, Grimes and Forest Swords to latter day pioneers Cabaret Voltaire and Ultravox (really!).

Although not a concept album as such, Chiaroscuro does appear to be built around one central theme - on the surface at least - of enveloping the listener hypnotically, not letting them go until epic closer 'Heart To Know' draws its final, pulsating breath. Dense and brooding from the outset, 'You Burn' gathers pace intrinsically via rhythmic percussion that sounds like a heart beating faster every second, conducted enchantingly by Linden's seductive tone and a piano segment reminiscent of the coda from Ultravox's 1981 masterpiece 'Vienna'.

'Faith' takes a faster and harder approach, its swirling, warped keyboard sounds perhaps the closest I Break Horses get to the shoetronica of Hearts here. With a possible eye on the dancefloor, it's one of the most accessible pieces on the album, and along with lead single 'Denial', wouldn't sound out of place on daytime radio either. 'Ascension' follows a similar route to Kraftwerk during their Trans Europe Express phase, all futuristic, upwardly mobile synths accentuated by Linden's delectable, if largely indecipherable coos.

'Berceuse' also does what it says on the tin, its haunting lullaby transgressing Dead Can Dance territories and pulling it off spectacularly. Dramatic showstopper 'Medicine Brush' proves the undisputed highlight here, and arguably I Break Horses' finest moment to date. Bristling with the poise and tenacity of a John Barry soundtrack, 'Medicine Brush' unfurls giddily under the spell of Linden's saccharine vocal accompaniment. Indeed, if there's any justice, the Coppola family will be on the blower immediately as Maria Linden and Fredrik Balck clearly have a future in creating film scores as well as ice cool electronics-based vignettes.

Elsewhere, 'Disclosure' ricochets to and fro like a rhythmic elastic band while the climactic crescendo engulfing 'Weigh True Words' leads exquisitely into sumptuous finale 'Heart To Know'. All in all, Chiaroscuro is an engaging record that brings new flavours to the palette with every subsequent listen. Prepare to swoon...