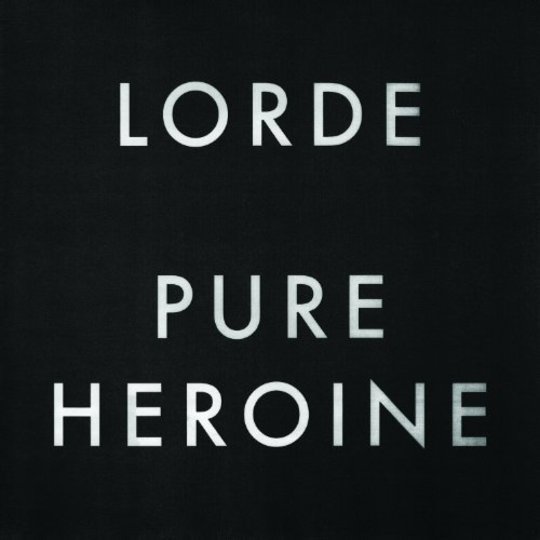 Lorde has been working with her record label since she was 12 years old. After being filmed performing at her school talent show, the New Zealander was quickly snapped up by Universal - developed with vocal lessons and teamed up with songwriters. At the age of 14, she started tentatively writing her own songs before working with co-writer and producer Joel Little for her 2012 EP release The Love Club. Whilst this cosy, seemingly manufactured affair could produce another forgettable 'artist', Lorde breaks the fourth wall. She stares through our screens in her brutally sparse video for lead single 'Tennis Court', teasing you to put down your spiced pumpkin latte and actually feel something.

At 16, Lorde would have grown up with the likes of Timbaland and N.E.R.D. on her radio. She has often announced her love of hip hop and the influence is apparent from the moment her debut album starts. But instead of festooning the songs with clichéd one liners and dance breaks, she instead decides to take the best parts and question the rest. By best parts, we're talking encompassing, bassy undertones and sparse, erratic synths; namely on '400 Lux' - an atmospheric offering soaked in sultry vocals that create the kind of imagery only David Lynch can match on screen. Even the almost-awkward 'talky-bit' really works, channeling a far less pretentious Lana Del Ray. By questioning - almost attacking - we're talking lines like "I'm kinda over getting told to throw my hands up in the air, so there" as featured on 'Team' - a heavy Timbaland tribute, with repetitive thwacks reminiscent of his work with Missy Elliott.

Within seconds of the record starting, Lorde has already told us she's bored. Her attack on pop culture doesn't stop there, as she picks apart the falsity of her fellow chart toppers on 'Royals', stating "We aren't caught up in your love affair". Whilst some would dissect this as brutal honesty, Lorde is simply summing up the mundanity of teenage life - celebrating the often ignored intelligence of the next generation. Anatomy seems to be of interest too - particularly teeth, which Lorde seems to mention A LOT during the album. Metaphorically speaking, we could sum this up as a take on the 'Hollywood smile', using our gnashers as a way to speak of unrealistic expectations set by society - ringing particularly true on the reverb-happy, military-driven 'White Teeth Teens'.

Despite all these intelligently executed songs, 'Ribs' lets the side down a little. Starting off with a very Harris/Guetta bass line, you almost feel as though this isn't really good enough for an album full of beautifully honest lyricism. As Lorde pours her heart out, announcing "I've never felt more alone, it feels so scary getting old", the pop-heavy execution almost gives off a satirical sense. Things do pick up towards the end, with the song moving out of Guetta territory and more into the Gold Panda side of things. Elsewhere, 'Buzzcut Season' is a heartbreaking comment on our war-driven way of life, as she belts "explosions on TV and all the girls with heads inside a dream" against a backdrop of M.I.A. inspired pop-reggae. It's odd that such sad subject matter produces such a catchy tune.

It's worth noting the seamless crisp production, particularly on 'Still Sane' as Lorde's haunting vocals echo from ear to ear, intensely whispering their worth. With heavy subject tackling and brutally honest lyrics throughout, it's no surprise that Lorde's vocals are often at the forefront of the songs - often only accompanied by layered vocal tracks and atmospheric electronic emissions. Surprisingly, last track 'A World Alone' is a definite highlight; swapping the electronic aspects for a more organic, guitar opening (it's not long until they creep back in though). The clever inclusion of a chattering backing track perfectly juxtaposes Pure Heroine's opening line "Don't you think it's boring how people talk?", as the album finishes with an abrupt "Let them talk".

From start to finish, it's Lorde's commentary on today's culture that proves her worth as a songwriter. Arriving at a time where a VMA performance gets more clicks than a war-torn country, Pure Heroine feels like a wholly apt affair. Effortlessly mixing pop aspects with electronic undertones, hip-hop influence and the occasional R&B nod, she has taken everything that's wrong with today's chart toppers and turned it on its head - producing a record packed full of inspirational, intelligent monologues. It isn't half catchy either.