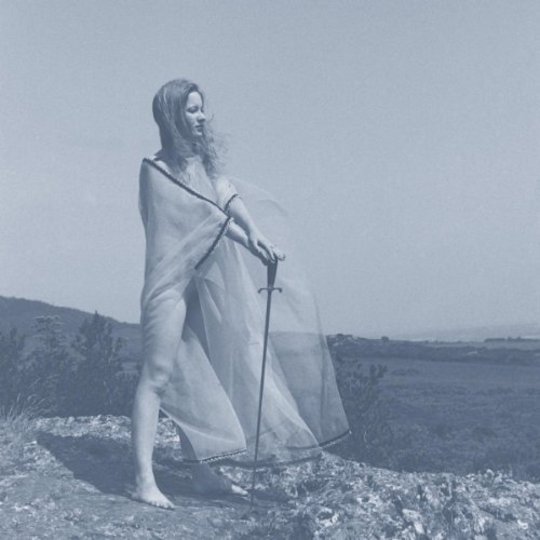 The acoustic record: not the most exciting of prospects. Often used as an opportunity for the band to prove they can be all serious, a chance for 'the songs to speak for themselves', to show they can do something a bit different, even if that means just unplugging a guitar and turning it all down a notch.

Unknown Mortal Orchestra have made their name with a string of albums stuffed full of hip-hop beats and boisterous guitar strums, which is why Blue Record, the group’s first venture into the world of the unplugged, is an interesting prospect. By taking away the two things that make them unique the group run the risk of falling flat on their faces, slap bang in the middle of beige town. But music should be about taking risks, absolute failure is better than mediocrity in my books.

Opener ‘Swim & Sleep (Like a Shark)’ suggests that this whole intimate, acoustic thing might just work. The song takes the original’s spiky riff and calms it the fuck down, taking the music away from the Saturday night party and straight into that Sunday morning regret. It’s the sort of tune that you could chill out in the bath to, which is uncharted territory for these three lads.

However, it’s not long before it starts to go a bit wobbly. On ‘Faded in the Morning’ and ‘So Good at Being in Trouble’ Ruban Nielson adopts that nasal folk twang that screams 'middle class English', which is odd, because they’re oh so very Kiwi. Both tracks feel like lesser versions than their beefed up originals. Without the hip-hop beats and amplification the tracks lose their summery vibes, which would be fine if they gained something other than faux-folk snoredom.

After this the group dive into the cover versions. First up is a slow-motion rendition of Dirty Projectors’ ‘Swing Lo Magellan’. It’s an efficient, if unspectacular cover, but who wants efficiency with their rock ‘n’ roll? It’s almost identical to the original, right down the smallest guitar plucks, which seems a bit pointless really. Though it does slot seamlessly into the record, so kudos for that, I guess.

The EP’s other cover however, is a completely different prospect. Their haunting version of Beck’s ‘Puttin’ it Down’ might just be the best thing the group has done in their three year existence. The track feels like its falling apart right from the start, as if the group can no longer play this hollow-body game. Halfway through the track everything begins to breaks up, the tape reel slows down creating a droopy feeling inside of your gut, like a sort of aural narcotic. This is what cover versions are all about, making a song your own, just like Toploader did many moons ago.

Though it has its moments Blue Record is by no means a success, but it offers enough to suggest that with a bit of fine tuning Unknown Mortal Orchestra might eventually get a bit good at the old acoustic guitar game. And hey, at least they didn’t get all serious on us.