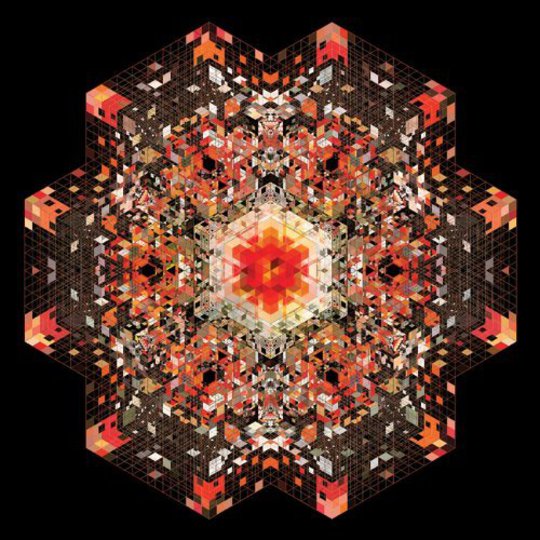 Derwin Schlecker’s Gold Panda burst onto the scene in 2009 with ‘Quitter’s Raga’, following it up a year later with Lucky Shiner, a record whose idiosyncratic and instantly recognizable glitchy Eastern-infused sound that set him apart from the crowd and stormed end of year ‘best of’ lists. With its off-kilter nostalgic soundscapes, cluttered samples and clipped melodies, Lucky Shiner was oh so very contemporary whilst remaining chronologically ambiguous. In nodding quite heavily towards Axel Willner (The Field) and Kieran Hebden (Four Tet), it inhabited a space between genres, and thus the question surrounding its follow up would be whether his distinct style could be carried forward whilst remaining ever so slightly off-trend.

Schlecker has described Half of Where You Live as a ‘city album’, reflecting his experiences of travelling the world on tour, whereas its predecessor was composed whilst dog-sitting in a house in the English countryside, and this change in mood permeates the whole record. The change is not so much stylistic, as on the surface it is a clear continuation of what went before, but more in the way it feels in its sense of movement, as if the entirety of its 48 minute running time has been spent looking out of a train window at the world rushing by.

This essence is perfectly encapsulated by lead single ‘Brazil’, written after visiting Sao Paulo and reflecting 'the sensation of travelling from the airport and hitting this sprawling metropolis, and the disparity between old Brazil and the new economically prosperous country. Like, I was drinking a daiquiri for $40 at the top of a skyscraper that looks like shit.' It begins tentatively with a nervous beat, which slowly grows more urgent, anticipation added firstly by an ever-louder melody and finally by the addition of the repeated vocal snippet of "Brazil". The frenetic percussion, wistful string samples and echoey melodies all combine to create a sense of real fatigue-tinged excitement that driving into a new city from the airport always brings.

‘An English House’ features a similarly dreamy melody, but wedded this time with a firmer, more confident beat – less jet-lagged, more freshly showered and ready to explore. Its refrain of “In this house” and urgent synth line demonstrate his dancier side and cements its position as one of the stronger stand-alone tracks on the album.

Indeed, unlike Lucky Shiner, fewer of the songs on HOWYL have the capability to stand alone as singles. Tracks like ‘My Father In Hong Kong 1961’ don’t really go anywhere on their own, but listened to in the context of the album as a whole helps maintain the ambience. Likewise the repetitive ‘Community’ and the Oriental zither-filled ‘Flinton’. The whole record has a dreamy quality, being just out of focus, exemplified by the hypnotic short ‘S950’, with its ethereal xylophones and fuzzy melancholy.

The pervading mood of HOWYL can be summed up by comments made in an interview, whereby Schlecker admitted that being a solo artist on tour is inherently lonely, as he ended up getting drunk in strange places with people he didn’t know, and drinking on his own to give himself confidence before going on stage. This awkwardness tinged with excitement gives the album a coherent structure and atmosphere, which makes it stand out as an electronic long-player that demands to be played from start to finish, yet often doesn’t make sense when divided up and listened to in isolation.

Schlecker has admitted that he is a producer and not a DJ, and so has less time to absorb what other artists are doing, meaning that HOWYL is a slow but individualistic progression from his debut. This is both a strength and a weakness, as it has resulted in him stepping further away from his peers into his own territory, without really covering a significant amount of new ground. It lacks the punch of Lucky Shiner, but is no less charming.