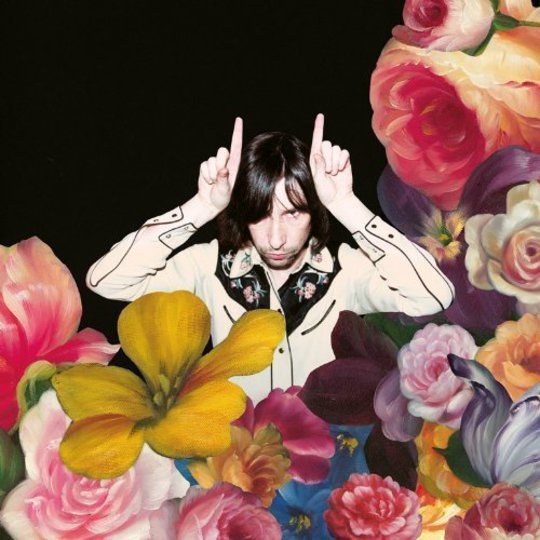 It ain’t easy being a Primal Scream fan. You spend an awful lot of time defending them against those who see nothing but a Stones tribute act that got lucky. You struggle to convince followers of ‘proper’ bands that Primal Scream do more than derivatively imitate older groups’ sounds, singles, riffs and catchphrases. You try to explain the cultural significance of Screamadelica. You call it 'the first dance-rock record'. (Was it really?) You emphasise the ear-blistering, vowel-shunning zenith of XTRMNTR. You recount the shows when the band were on fire, the sound exquisite and the setlist perfect (and neglect to mention those shows when they were a dull shambles). You cite the eternally reputable names of Kevin Shields and Andrew Weatherall. Eventually, you end up saying, 'Yes, Give Out But Don’t Give Up may have been a horribly plagiaristic step backwards, but it introduced a whole new generation of kids to the wonderful work of George Clinton'. (Did it really?)

In recent years, the ‘Scream haven’t made this any bloody easier. First there was the back-to-basics cliché-spewing Riot City Blues with all its “sidewalk Sid overdosed in the trashcan... death-wish junkie Jesus with a shotgun syringe... boogie-woogie motorcycle voodoo skull” nonsense (I’m only slightly paraphrasing). Then there was 2008’s Beautiful Future. I can’t describe specifically why that record was so boring because to do that I would have to listen to it again which I absolutely refuse to do on account of it being definitely too boring.

If you were already concerned about More Light, your heart and ears may not have welled with confidence on hearing its first two singles. The nine-minute sub-Stooges saxophonic plod of ‘2013’ professed some reinvigoration of ambition but its overbearing chorus of “Twen’y-thirteen / Twen’y-thirteeen / Twen’y-thirteeeen / All right!” was as equally desperate as shouting “WE’RE SO RELEVANT! / WE’RE STILL RELEVANT / PRIMAL SCREAM! / YEAH! / COWABUNGA!” This was followed by the Scream-by-numbers yawnfest of ‘It’s Alright, It’s OK’. Guess how the chorus of that one goes?

But wait! Before you finally hurl your red blob-face t-shirt in the bin and stick your box set edition of Echo Dek on eBay, heed these words: More Light is a sandwich. The disappointing singles bookend the album and between these two slices of bland white bread sit the deliciously tangy fillings.

The sequencing was determined by producer David Holmes who also kindly supplied the horn players, drummer, bass player, percussionists, and kitchen sinks. If Screamadelica was as much an Andrew Weatherall album as a Primal Scream one, then More Light is a David Holmes album. Not only does Holmes balance oodles of potentially conflicting layers with characteristic adroitness, the record’s structure also has that Holmesian cinematic narrative quality. This is to the Scream’s credit too, of course. They’ve become adept at choosing the right producers to haul them out of their sporadic creative quagmires.

‘2013’ is followed by the brilliant ‘River of Pain’ which begins as a deceptively comatose mix of ‘Paint It Black’s Middle Eastern vibes with ‘Sympathy for the Devil’ “ooo-ooo”s. Then in the middle the song folds in on itself and turns into an unhinged free-jazz hallucination aided by the Sun Ra Arkestra. This gives way what sounds like the end credits of a vintage Hollywood movie before the smooth bass-line reappears and the intro reprises itself.

The ‘Scream have succeeded in spite, rather than because, of their slightly daft singer and the band (and their producers) tend to excel when that frontman is backgrounded. Bobby Gillespie does a lot of whispering on More Light. I don’t know if this is because Gillespie himself has realised that lines such as “read your Marx and Engels” sound more subversively sexy when sung softly instead of yelped in a cod-American accent or whether Holmes has coerced this understated performance out of the beshaded beanpole (there are similarities to Holmes’ own vocals on his The Holy Pictures LP). Either way, it’s for the best. Bobby whispers his way through ‘River of Pain’. He whisper-raps the verses of the dystopian cyber-punk-soul number ‘Culturecide’, leaving The Pop Group’s Mark Stewart to sneer the one-word chorus. He whispers through the Krautrock space-jam of ‘Turn Each Other Inside Out’. On the first half of ‘Relativity’, he whispers through gritted teeth on the quietly angry verses and unleashes some convincing sing-shouting for the electro-rock stomp of the noisy bits. Then he whisper-croons his way through the sunny acoustic hammock-swing of the song’s second half.

Also included in the More Light sandwich are further blasts of jazz improv bonkersness; struttingly minimal bass gilded by weird laser sound effects as if a galactic parking space disagreement has gotten out of hand; a swampy blues number assisted by Robert Plant and a snarling, gobbing squeal of a lead guitar part; ‘Tenement Kid’ with its groovy ‘Come Together’ rhythm section and Gillespie’s self-consciously Lennon-like bleat; ‘Goodbye Johnny’ which sounds like a Sixties lounge number rewritten on Leonard Cohen’s I’m Your Man Casio keyboard adorned with a Madness-style sax solo; parmesan, sliced beef and dashings of homemade piccalilli.

With Gillespie partly muted, experimentation back on the agenda, and a guru knob-twiddler at the helm, Primal Scream are back on form. This might not be their finest work, but it’s the best thing they’ve made in at least a decade. Like some kind of sick cult, just when you’re ready to abandon Team Scream and move on with your life, they lure you back in with their flashing lights, urgent sirens and barmy horns.