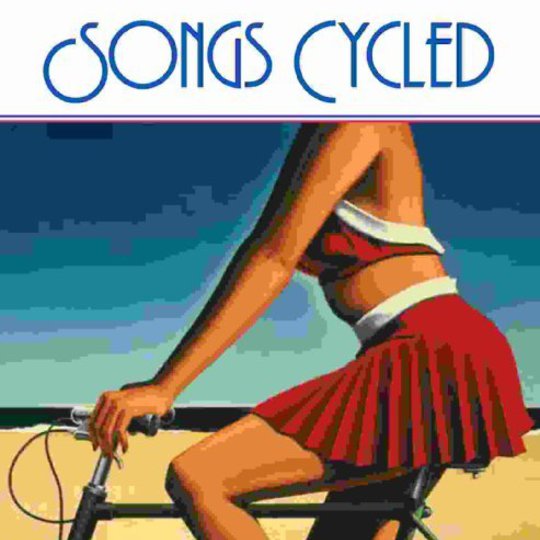 Most famously involved as a lyricist in the Beach Boys’ Smile sessions (where Mike Love politely told him 'not to fuck with the formula'), Van Dyke Parks has collaborated widely and regularly. Randy Newman, Ry Cooder and Joanna Newsom have all worked with him to lavish, yet understated, effect. Songs Cycled continues with this endearing, subversive, approach. Some track from this album were previously released as limited edition vinyl singles on his own imprint, Bananastan, where visual artists (Ed Rushca, Art Spiegelman) provided mouth-watering sleeve designs.

When Van Dyke Parks released Song Cycle in 1968 he gained recognition for his strangely baroque interpretation of the great American songbook. This was an approach that sat outside of the genres of the time and pushed the traditional into the new. Songs Cycled stands out for pushing music back toward that 1968 dawn. This music sounds wonderfully alien in an age of electronically composed pop music.

‘Dreaming of Paris’ opens this new collection of work and is an original composition. It starts with wonky, discordantly weaving strings and banjos before establishing a pleasant country waltz. It steps to the wonderful free flowing tempo of musical cinema. The arrangements sit just behind the vocals so they can drop and stagger to enhance the dramatic pauses in the story. The song deceives by sounding like a Gene Kelly movie. As the lyrics move from “Man what a spread/The cabernet red” to “Bombs are dropping/It’s just not stopping” it’s obvious that on some level this is also a protest album.

A number of covers are included, track two being a version of his composition with Brian Wilson from Orange Crate Art, ‘Hold Back Time’. Parks removes the pan-piped organs of the original and provides a more natural sound; he also omits percussion. Everything is steered by the vocals, the plucks of a banjo and the thrum of a mandolin. The song is pleasingly chaotic and free flowing. It feels almost improvised, as if it could change direction and tempo at any moment. It also lets Parks’ vocal performances take charge, which they do admirably on this track and throughout the album.

This absence of percussion is a noticeable trait throughout the album. It enhances the sinister tones of the songs in which Parks reflects on world events. In these songs Parks assumes the roles of both the civilian poet and Greek God. He cries out to highlight man’s flaws whilst also glancing down from the clouds, tutting to his peers, at the endless chances squandered in the pursuit of profit and power.

‘Wall Street’ casts an uncomfortable reflection on 9/11; “There is just nothing but ash in the air, confetti all covered in blood… In the confetti is human desire/Love letters lost in space/Now smoking”. Pianos rumble whilst angelic female harmonies in the style of Burt Bacharach chime in with their judgements. The music is beautiful, the message poignant and powerful. The song is fantastic but not for the faint of heart.

The album’s centrepiece is ‘The Parting Hand’. It moves through several movements across six minutes. It contains an 1835 hymnal in the full tradition of unaccompanied choral music, but only for the first 90 seconds. Then it quickly fades and is replaced by a wonderful lullaby-like string arrangement; a big country harmonica comes in to add earthen tones. The harmonica and violin lines interplay with each other and echo each other. It’s a gorgeous arrangement and something Brian Wilson would certainly have appreciated for his Smile sessions or even Pet Sounds. Following this a sole female voice enters for a few refrains of “leaning on Jesus” which changes the tone so that it feels uneasy. As this fades the song closes out with some more wonderful violin lines, but they shimmer cinematically over a slightly menacing cello arrangement. It’s a great way to end the track, as it certainly doesn’t feel resolved.

Like ‘The Parting Hand’, Songs Cycled has everything you’d want from Van Dyke Parks and from an album. By being true to the Van Dyke Parks’ perception of what an album should contain, his music sounds as though it is from a different planet. In a Van Dyke Parks album the music matters and the words are opportunities to talk on issues of depth. May he continue to subvert for many years to come, classically.