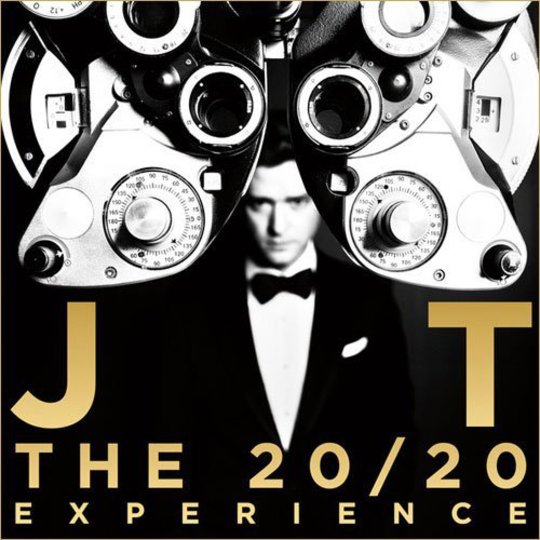 The punalicious Justified - and its colossal singles - has stood the test of time amazingly well, and follow-up FutureSex/LoveSounds’s sexy disco-funk had an impact on the pop scene that resonated long after 2006.

As ever, Justin Timberlake’s latest record demonstrates that he has his finger firmly on the pop zeitgeist - The 20/20 Experience, like most of 2013’s pop, wears its EDM influences proudly and, inevitably, has taken a few pointers from channel ORANGE. To be fair to JT, there’s not a single neo-house synth progression or a dubstep wob to be found, so he can hardly be accused of the same mainstream pilfering as many of his popworld compatriots. Instead, with Timbaland’s ever-effective help, Timberlake has embraced the more experimental end of electronica, with looping echoes, weird sound effects and sub-bass all layered with his trademark crooning falsetto, lush string arrangements and boom-click-boom percussion.

At the album’s centre lie ‘Don’t Hold The Wall’, ‘Strawberry Bubblegum’, and ‘Tunnel Vision’ – three seven-minute-plus tracks which showcase JT and co’s latest influences. With chugging afro drums and a looped M.I.A.-esque sample of children’s vocals, ‘Don’t Hold The Wall’ is perhaps the closest to FutureSex/LoveSound - but undeniably updated for the next decade. ‘Strawberry Bubblegum’ (surely the most unsubtle metaphor since ‘Little Red Corvette’?) and ‘Tunnel Vision’ employ straight up hip-hop beats, overlaid with Timberlake’s signature alternation between slick falsetto and syncopated spoken interjections; but despite their R&B ambiance, the EDM references are still clear – ‘Tunnel Vision’ in particular sounds as if it owes more than a little to TNGHT’s ‘Goooo’.

The two main anomalies amidst all this are the disappointingly unadventurous lead single ‘Suit & Tie’ (you know, the one with the horrible Jay-Z guest verse), and its polar opposite, the sprawling, ambient closer ‘Blue Ocean Floor’. Most of The 20/20 Experience’s tracks have odd, appealing little outros tagged onto them, and ‘Blue Ocean Floor’ is the album’s own bizarre sign-off, sounding more like In Rainbows-era Radiohead than Radiofriendlyunitshifter JT. Having embraced the long, slow songs, it’s a shame that there aren’t more that take this approach.

And there certainly are a lot of long songs. With only two tracks at much under seven minutes, and three that lounge over the eight-minute-mark, most tracks stretch through extended intros, main sections, and codas – allowing Timberlake space to build a vibe and a very slick, cohesive album, but unquestionably reducing their immediacy and leaving a slight sense of poor editing.

Undoubtedly, one of Justin Timberlake’s main attractions as a solo artist has been the dance appeal of his songs, but on The 20/20 Experience, there’s little evidence of that. Whilst his core fanbase might be disappointed at this striving to go beyond pop and R&B, given the woozy, sound-effect laden successes of artists like the Weeknd, Miguel, and of course Frank Ocean, it looks like yet again Justin’s going to succeed in reaching out to those who might have previously dismissed him.

After the six-year-wait, we were hoping for a big shift in sound – possibly a seismic, pop-landscape altering shift. Whilst it in no way compares with the leap in ambition we saw between his first two albums, The 20/20 Experience is nonetheless another interesting inter-genre move, this time into alternative R&B and neo-soul. It’s a little too self-indulgent – the 'serious' work of a man who’s starred in an Oscar-winning film, rather than the energetic pop of a successful boyband escapee, but there’s no doubt he’s still got it.