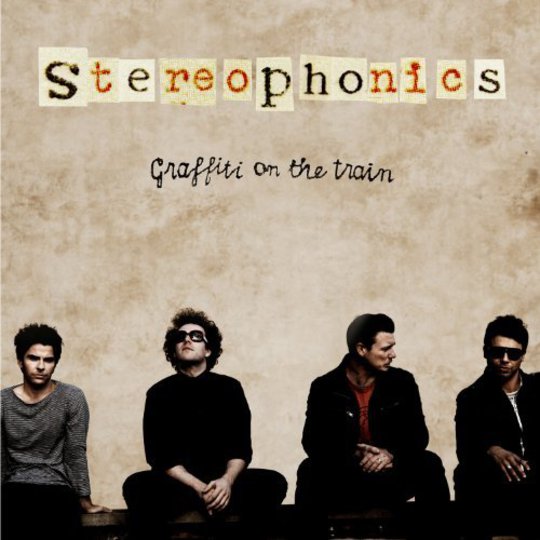 As a fair-weather ‘phonics fan, comeback track ‘Violins and Tambourines’ was something of a revelation. A little bit Elbow, a smidgen Foals’ ‘Spanish Sahara’; it totally reconfigured my notion of who and what Stereophonics had become. There's a new-found classiness that's much more than a half-hearted wine bar refurb of their festival-friendly drinking anthems of yore. A seismic shift has occurred, and rather than some drab take on dubstep or a yearning to get in touch with his inner Young/Springsteen, it seems a cinematic influence has crawled into the heart of the band's leader. Kelly Jones made short films for every track on the album which have the grace of Wim Wenders and Jarmusch, which isn’t something I ever anticipated reading, let alone writing in a Stereophonics review. In fact, if you were told 'Violins and Tambourines' was something new, exciting and 'relevant' by Deerhunter or Spiritualized, you’d probably have taken the time to appreciate it already (don't worry: I know you have more than enough Best New Music to investigate).

Then there’s recent single ‘Indian Summer’. It's almost annoyingly catchy. Sure, it's more than a little bit like the best hit Kings of Leon didn’t get around to writing, but there’s Kelly’s voice, stronger than ever (begone thoughts of Rod Stewart!) (please!!). Oh, go put your leather jacket on, swagger into your corvette and drive off into the sunset, because it’s these lucid daydreams that Kelly Jones is brilliant at inducing. This isn’t mindless escapism, so much as something attainable to add to your to do list. This frustratingly proficient pop swills along on a gorgeous melody, which probably adds to the reasons why you’d rather ignore the Stereophonics and listen to someone loop a boring drone for 30 minutes...

Album opener ‘We Share The Same Sun’ begins a little like Fleetwood Mac’s 'Landslide' before erupting into the most perfect Top Gear anthem. For a moment, it seems like this might be the best thing they’ve released since Word Gets Around (a record which took everything about my mundane smalltown life and gave it little glimmers of magic... a record which ignited a passion for music that Definitely Maybe had sparked... but this review isn’t all about me-me-me...). Sadly, the rest of Graffiti On The Train is good, but nowhere near as great as these three stand-out tracks.

‘Catacomb’ is a thrilling bit of AC/DC jousting with BRMC in a bar-rock face/off. ‘In A Moment’ jangles and grinds, but never quite delivers on the Chilli-funk in its trunk. Then there’s the weirdly crooning ‘Been Caught Cheating’ (perhaps a future hit for Tom Jones?) and the not-Cocteau-Twins-by-a-long-shot ethereal female vocals (of Kelly’s partner Jakki) on ‘Take Me’, but a few clunkers aside, the songwriting is sensational throughout. And Jones’ voice is more cat purringly perfect than ever.