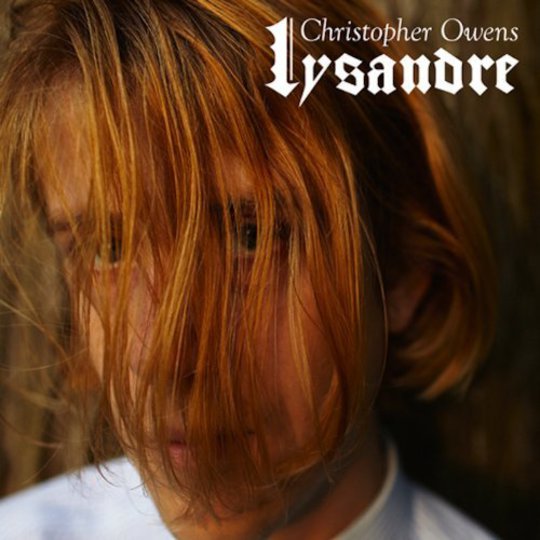 When Christopher Owen suddenly announced the dissolution of Girls last summer, I feared not only for a loss of momentum to his output, but also for a loss of focus. The excellent Father, Son, Holy Ghost was sharply defined by the contrast between the vulnerability of Owens’ performance and the rapturous, powerful backdrop of rock and gospel singers. But based on the evidence of solo acoustic performances (which, don’t get me wrong, were far from charmless), there was room for concern that solo Owens output might be far too wet without the spiritual counterbalance in the instrumentation; that the songs might lack form, and that meandering self-indulgence might win the day.

In the event, Lysandre doesn’t feel a million miles away from a Girls record – probably because these songs were first written in the early Girls period. This is both a strength and a weakness.

It’s a strength in the sense that the music on Lysandre bridges the chasm between the scattershot and formative experiments of Girls’ debut and the strikingly matured material of the second and third records; providing a peek at the workings in the margins which Girls fans could previously guess at.

These songs marry the simplicity of the debut’s structures with the overarching consistency and ornamentation of record three (on this go round, adding a good deal of rasping sax and wistful flute), and it’s fun to hear how the two disparate periods of Owens’ trajectory meld together. Songs like ‘Here We Go Again’ and ‘New York City’ account for the otherwise baffling disappearance of the early surf-rock influences, while numbers like the title track snap with Owens’ penchant for tum-tee-tum pop (which enjoyed its final hurrah in Father, Son, Holy Ghost’s ‘Magic’).

Lysandre’s resemblance to a two-years-ago Girls record is a weakness, however, in the sense that it may have been preferable to hear what further leaps forward in maturity Owens could have made if he'd pushed it. Instead, we’re retreating to ground which is still fertile in generous hooks, familiar sounding melodies and cosily well-worn chord progressions – much like the material of the debut. It’s no bad thing, but no new thing either.

More troubling than the wistfulness of the material, however, is the arguable slightness of the album itself, taken as a whole. Taking away the two repetitions of the same 30 second instrumental (an instrumental which also appears at the end of most of these songs, as the reprised ‘theme’), there’s only actually nine songs here, clocking in at a grand total of 28 minutes. There’s no need for this much repetition, and no justification for this scantiness of substantive material. While Father, Son, Holy Ghost was positively loaded with moments of dramatic release and cathartic explosion, Lysandre only ever sweetly endears and softly seduces, in spite of its high reaching ambitions. Instead of being musically self-indulgent, Lysandre instead ends up being unduly emotionally indulgent.

But there is a strong halo of redemption for Lysandre, and that is – as with all of Owens’ music to date – the earnest sense of love with which these songs are laced, and the brimming heart at the centre of the record. These songs chart the narrative of a vulnerable man in strange and exciting new places, and they do so reasonably well, and with all the sincerity we’ve come to expect from Owens.

A sense of specific time and place is reflected throughout the album, from the restrained acoustic feel, to the retreat from powerful gospel to girlish and timid backing vocals, to the naïve simplicity of the songs themselves. Owens can without question turn a hook, and he furthermore seems incapable of doing so without leaving a bit of himself in there with it. So while it’s hard not to continue wondering what Owens’ genuinely post-Girls output is going to sound (and feel) like, Lysandre justifies its own existence by virtue of its own wide eyed wonder, its own vulnerability, and its giving sense of heart.