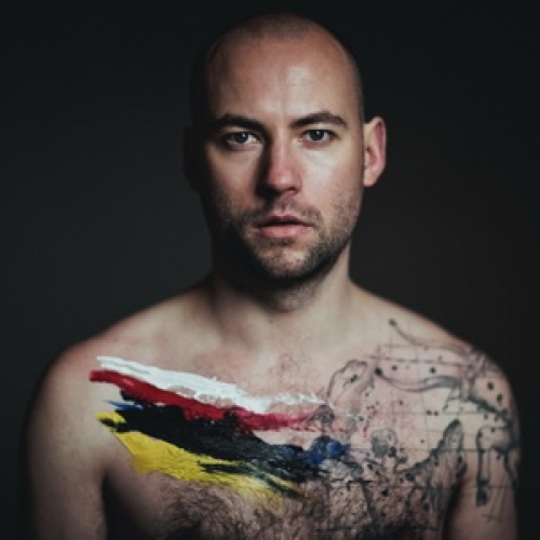 If there's one constant about Paul Marshall as an artist it's an unassailable willingness to evolve gracefully with every recording. Whereas 2007's Vultures introduced him to the world as a Nick Drake loving troubadour of considerable repute, it was the follow-up, three years later, that really highlighted Marshall as one of this nation's most understated talents. Having reinvented himself as Lone Wolf, Marshall constructed a set of darkly-intoned ballads with the help of Jeniferever's Kristofer Jonson and Duels drummer-cum-producer extraordinaire James Kenosha. While The Devil & I laid the foundations for Marshall's next venture, it also came at an initial cost.

A parting of ways with label Bella Union coupled with an element of self-doubt; only recently did Marshall hint that his last record as Lone Wolf could well be upon us; suggested everything was resting on The Devil & I's successor achieving the same giddy heights as its predecessor, critically at least if not commercially. Indeed, were it not for the willpower of its creator and faith administered by Marshall/Lone Wolf's loyal fanbase, The Lovers might not have seen the light of day at all.

Having launched The Lovers via Pledgemusic in May, it must have been a great relief - not to mention painstakingly reassuring - to reach the proposed financial target within the first month. In fact, having listened to The Lovers on an almost daily basis these past six weeks it seems frankly embarrassing that a record of such defined poise and beauty may have remained unreleased. But then with the music industry in a self-imposed state of meltdown, hardly surprising either.

With Kenosha and fellow Duels associate Jon Foulger on production duties here and one-time !Forward, Russia! singer Tom Woodhead mastering the record, it's a who's who of Leeds' last ten years as an independent music hotbed (did we mention local snapper Danny North and Pulled Apart By Horses' Tom Hudson's contributions to the cover and artwork too?). It's also Marshall's touring experiences with another Leeds staple - Wild Beasts - two years ago that paved for the way for some of the songs here, if not the change in direction from his previous output.

When he made 'The Swan Of Meander' available to stream back in March it was clear Hayden Thorpe and co's influence played a part in its creation. Structurally similar to the bulk of Smother - and in particular 'Albatross' - it served as a curious introduction for what was to follow. Centered around a stark, piano-driven melody and minimal drum interludes, it represents a marked departure from both Vultures and The Devil & I, Marshall crying "This is not the end..." over the song's delirious coda.

More impressively, that only tells about one eighth of the story, as for all its creator's talk of The Lovers being a concept album, there's enough diversity both musically and lyrically to suggest otherwise. 'Spies In My Heart' brims with a subtle deftness Peter Gabriel would be proud of, while 'Butterfly' takes The Cure's 'Lullaby' and twists it inside out to make an even darker shade of blue. "Time won't slow down or tell me why" reveals Marshall aided by the dulcet tones of yet another Leeds-based artist, Laura Groves.

Elsewhere, the upbeat 'Ghosts Of Holloway' and pulsating euphoria of 'Two Good Lives' bring to mind both New Order and U2 respectively. In their heydays of course. Where the latter throws flickering Edge-like guitar riffs into an organ drenched cauldron, Marshall opining profusely "It's been a long time now since we smiled", the former throws off its shackles inviting the listener to dance, even if the song's sentiment is about unfulfilled dreams capitulating around the myth of London.

By the time The Lovers draws to a close courtesy of its title track and slightly grandiose finale, there's an unerring sense of urgency in wanting to go back to the start and repeat the entire listening process once more. A compelling record then all told, and one which should hopefully ensure Marshall has the benefit of a label suitor for his next release if there's any justice.