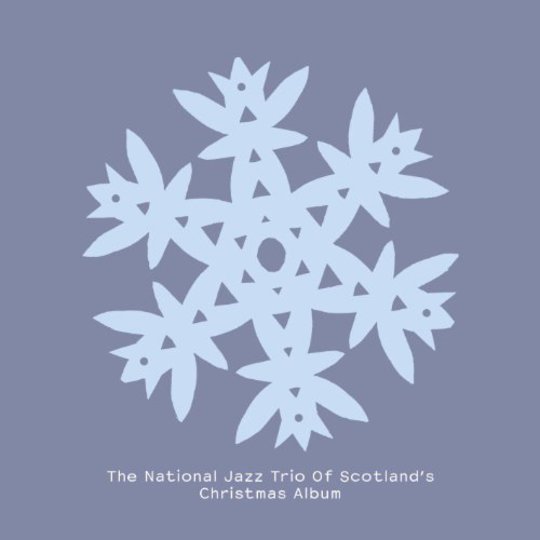 Two things you need to know about The National Jazz Trio of Scotland: they don’t play jazz and there’s five of them. They are however from Scotland, which was where pianist Bill Wells - fresh from last year’s mighty Everything’s Getting Older collaboration with Aidan Moffat - hooked up with four young vocalists to cover his favourite carols. While this album isn’t as emotionally devastating as the duet with the Arab Strap frontman it’s no less intimate, taking a dozen best-loved hymns and turning them into strange echoes of themselves: sometimes fey, sometimes haunted but always intriguing, like someone’s flooded Jeepster Records with carbon monoxide and forced the Gentle Waves to record.

Christmas Album subverts every well-worn verse and chorus into delightfully spooky indie. As opposed to Maps’ cover of ‘Stay Another Day’, which buried all trace of the original under soaring white noise, Wells’ arrangements are soft and minimal. ‘God Rest Ye Merry Gentlemen’ sounds like a bereaved Mike Flowers, tapping sadly at steel drums as keyboards honk in the background, while ‘Oh Xmas Tree’ is played on luminous electric piano and shows how a key change can make a familiar hymn sound sinister. ‘Carol of the Bells’ deviates from the original by importing the Bond theme on a creaky old piano, and confirms the feeling that Wells and co seem to be taking Christmas back to its dark Finnish routes - even the sacred ‘Christmas Song’ drifts through queasy piano scales, as penetrating as anything he dreamt up with Aidan Moffat.

Despite getting precious in places, Christmas Album sticks to its guns by making only surface changes to its source material. The lyrics remain intact, though set to odd new rhythms: ‘Hark the Herald Angels Sing’ juggles Hammond organs, a solitary cymbal and Gerard Black’s soft Weedgie accent, like Rab C Nesbitt if he’d joined the Salvation Army. On ‘We Three Kings’ Black fails to capitalise on the ”Charlie set his pants alight” alternative but is compensated by Wells’ ticking clocks and shopping centre muzak; perhaps the true spirit of Christmas. Bells don’t appear until ‘I Saw Three Ships’ which shows the National Jazz Trio aren’t here just to cash in, though they do drop a sluggish/heartfelt piano refrain on ‘Winter Wonderland’, just in time for the Christmas Downton Abbey trailers.

While the constant playing with key, time signature and vocal delivery might feel like William Shatner run amok, Christmas Album is never less than charming, and will make a respectable stocking filler for elderly relatives and devout Belle & Sebastian fans alike. Although it’s hard to hear the word ”Christ” in that accent without thinking of the end of The Wicker Man, The National Jazz Trio of Scotland have taken glockenspiel, upbeat climbing piano chords and original harmonies and crafted them into a winter music box. An important seasonal listen, it’s the smartest alternative to those endless festive compilations that’ll line every Asda till February.