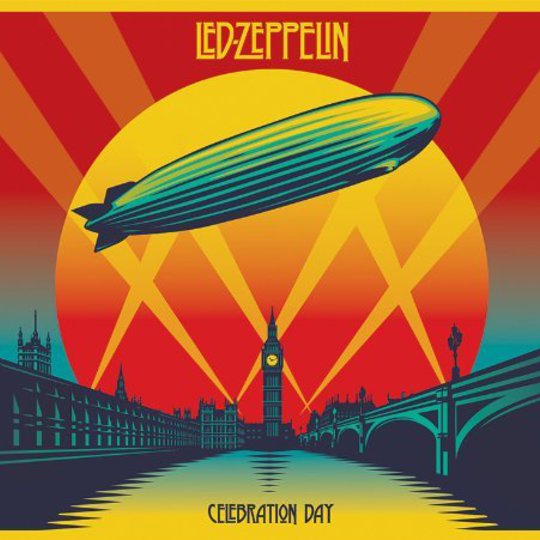 There has never been a live recording quite so eagerly anticipated as this one. Five years have passed since the three surviving members of Led Zeppelin – plus Jason Bonham, son of John – reformed for a solitary performance at London’s O2 Arena, and until now, die-hard Zep heads have had to make do with a wealth of covertly recorded but ultimately unsatisfying bootlegs. Of course, it’s no wonder fans have been clamouring for audio (and audio-visual) records: this is the most in-demand concert of all time, with 20 million people applying for 18,000 tickets.

Absurdly, I was at the gig. I wasn’t a member of the press or the offspring of a celebrity – I won the ticket lottery, and that was after deciding against entering until the evening before it closed. By the time my chance to purchase the £137.50 (including booking fees) golden tickets had arisen, there were only seats available in the proverbial gods – or the Houses of the Holy, as was the joke at the time.

An atmosphere of excitement and nervousness enveloped the arena as everyone wondered whether these rock dinosaurs could live up to the gargantuan live shows of their Seventies heyday. The building was swarming with Americans, and as my friend and I took our seats, we were quizzed by a woman from the East Coast: 'You guys look pretty young; how do you know Led Zeppelin?' It seemed an absurd question at the time, but we explained that learning licks from Jimmy Page and John Paul Jones was a rite of passage for any 17-year-old guitarist and bassist, so crucial was their contribution to the development of hard rock.

It’s that enduring legacy that the band both risked and defended on 10 December 2007, with some members (Page) more eager to perform than others (Robert Plant). Ultimately, however, the unwilling lamented, partly to erase the memory of some dodgy Eighties get-togethers, but primarily to pay tribute to Atlantic Records founder Ahmet Ertegun, the man who gave Led Zeppelin the outlet for their genre-defining brand of blues-rock in the first place. And it’s a damn good thing, too – the evening’s performance was the stuff of wonder, with what seemed like a tour’s worth of rehearsal and production crammed into one two-hour powerhouse performance.

So, can Celebration Day recapture the magic – and it was some kind of rock wizardry – experienced by those who were there? With five years in the making, not to mention master mixer Alan Moulder manning the desk, one would hope it could at least come close. Certainly, the production here is chunky, and perhaps more punishing than Zeppelin in their original gigging era, courtesy of Jason Bonham’s close-mic’d kit and Page and Jones’s down-tuned instruments – an undertaking based on Plant’s matured, but still potent, vocal cords. The well-balanced mix also gives an insight into the performance that couldn’t quite be experienced at the gig itself; like many arena shows, the evening’s sound was messy, despite Page testing numerous PA systems to provide the best audio reproduction possible.

While the setlist was always going to be (mostly) predictable, this is still the crème-de-la-crème of Zeppelin cuts: the opening triple-punch of ‘Good Times Bad Times’, ‘Ramble On’ (both rarely performed in the Seventies) and ‘Black Dog’ flings open the doors to a set that includes material from every Zep album bar In Through The Out Door, and the first (and likely only) live performance of ‘For Your Life’. In particular, ‘Kashmir’ sounds positively colossal here, as Plant’s vocals soar over the band’s pounding rhythm work and temporarily erase the unpleasant memory of the PG-13 version The X Factor wheels out every time a contestant faces elimination. This, ladies and gentleman, is how it should be done: live, raw and uncompromising.

Of course, the gig is prone to the occasional excesses, the likes of which made Led Zeppelin so revered and derided, depending on your position on 15-minute drum solos. Fortunately, Jason Bonham doesn’t unleash his own ‘Moby Dick’, but Page whips out the ol’ violin bow for ‘Dazed And Confused’, while Jones embarks on a progged-out ‘No Quarter’ keyboard quest. But it’s these moments of indulgence that also highlight how adept those band members are at conjuring an atmosphere, not to mention playing their instruments. Some of the performances here stand up to the great live recordings of the Seventies, thanks to Page’s consistently thrilling, endearingly scruffy guitar work and Plant’s surprisingly enthusiastic vocals, which thrive in the lower keys.

There are an overabundance of reunions doing the rounds today, but the fact that Celebration Day showcases a singular spectacular event allows Led Zeppelin’s reputation to remain intact, and protects them from any cash-grabbing allegations – despite the package’s Yuletide-bordering release. And, perhaps most importantly, they’re having fun, too. The songs don’t remain the same: they live and breathe, whether it’s through a stop-start harmonica solo on ‘Nobody’s Fault But Mine’, a funky extended ‘Trampled Under Foot’ jam or the ‘What Is And What Should Never Be’ snippet that closes ‘Ramble On’.

Watch the video footage, and you’ll see cheeky grins shared between the band members – they were enjoying it just as much as their audience, even with the group’s uncertain future. And it’s impossible not to raise a smile yourself at the sight of Plant snaking around with a mic stand in ‘Black Dog’ or Page launching into a blistering ‘Since I’ve Been Loving You’ solo. Whether you were there or not, Celebration Day is a fitting title: it’s an enchanting tribute to the eternal power of rock, no matter the age of the music or the performers themselves.