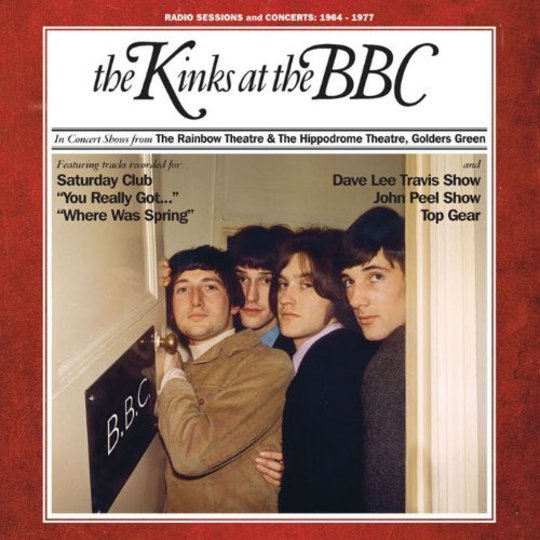 With Britain seeing a royal wedding, a diamond jubilee, the Olympic Games, ministers mooting plans to buy the Queen gifts with taxpayers’ money and the increased marginalisation of the liberal, more Euro-friendly arm of the coalition government, the past couple of years haven’t exactly been friendly to the Anglosceptic hipster. At the time of writing, the national broadcaster has as good as dedicated all of its resources to coverage of the London Olympics: those who refuse to be cajoled into celebrating our (entirely chance) Britishness are deemed by my parents society to be anti-fun Nazis.

Now, as I’m not keen on coming over all Daily Mail, much credit has to go to the BBC for helping the uninitiated to join in with this whole patriotism thing. After all, it was they who helped launch the career of that very-British-but-not-in-a-cloying-way band The Kinks back in the Sixties and continued to provide a platform for them as their reputation grew into that of one of the greatest bands Britain has ever produced. Now, a handy reminder of this comes in the form of the six-disc (five CDs, one DVD) boxset The Kinks at the BBC.

Whilst it would be easy to say that the 136 tracks across five CDs make this boxset a purchase for completists and enthusiasts only, to do so would be reductive. At under £7 per disc, value for money is hardly an issue here, and given how unfairly overshadowed the band’s reputation is by their contemporaries The Beatles and The Stones one could hardly begrudge them the extra exposure; after all, this is the band who wrote arguably the most famous riff in rock and roll with ‘You Really Got Me’ as well as the single most perfect pop song ever in ‘Waterloo Sunset’ and if you ever needed multiple versions of any song it must be the latter.

Given that some of these recordings are now pushing 50 years old, we can be grateful for such a fantastic remaster, not least on the first disc’s recordings from Picadilly and Mada Vale Studios and Oxford’s Playhouse Theatre. When I was 18, I was a feckless, acne-scarred Stereophonics fan; Dave Davies was playing lead guitar in what is demonstrated here as one of the tightest, most accomplished sounding bands in the world and leading the British cultural invasion of the US. Admittedly some of the tapes haven’t held up quite so well over the years, but as the band’s lineup fluctuated, so the lower-grade recordings from the late Sixties and early Seventies still give a good account of how seamlessly these changes were absorbed.

It’s apt that the band’s best album, The Kinks are the Village Green Preservation Society, is the best represented here with four performances of ‘Days’ alone. The title track only appears once, but it is arguably the quintessential Kinks track and this version from the Playhouse Theatre in 1968 showcases the Davies brothers’ underrated harmonies as well as their ear for a gorgeous pop melody. It’s a song about Tudor Houses, Sherlock Holmes, draught beer and “Preserving the old ways from being abused” that encapsulates The Kinks perfectly as a band beloved by middle Englanders, rhythm and blues purists, pop aficionados, and, er, Green Day alike.

If we all have to celebrate England’s green pastures at the moment, then this is the way to do it: with a collection that reminds us of a time when British culture was the envy of the world.