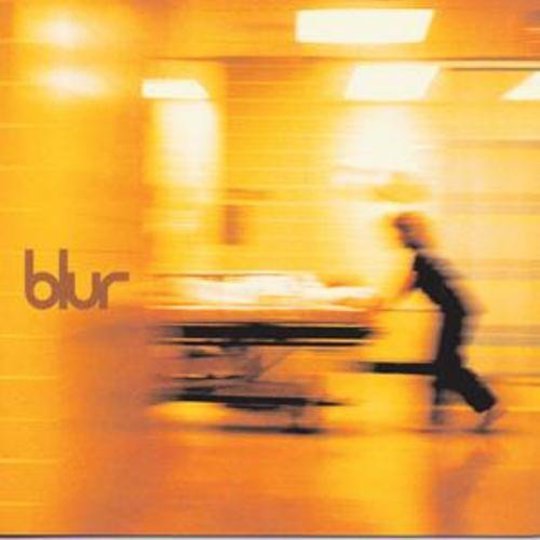 So, 1997 was a pretty great year for albums. On a personal note, it also coincided with what I considered my coming-of-age as a music fan: the Michael Jackson and Bon Jovi cassettes were gathering dust at this point, usurped by a clutch of CDs that I was led to by the heaps of Vox, Select and Melody Maker scattered around my bedroom. It wasn’t a bad time to be getting into it, all told.

Blur’s self-titled fifth record was the first of the London quartet’s that I had the chance to get excited about before its release, and excited I certainly was – not least due to reports that the band had embraced a rockier, more lo-fi sound. After the slightly naff aesthetic that pervaded The Great Escape it felt like a change in direction was all but inevitable, yet I still remember being puzzled when I tuned in to hear its first single being premiered on Radio One.

Because ‘Beetlebum’ is dark. I mean, it has that great, great break, those swooping backing vocals and it is all centred around that memorable, muted riff, but still: when you consider the last single Blur put out was ‘Charmless Man’ the previous year… Well. Those alt-rock names they dropped in the pre-release made much more sense in the context of these confident five minutes. It sounded strange, mysterious and alluring then, and it sounds just as strange, mysterious and alluring now. An air of the illicit palpably hangs over it – that it was later confirmed to detail Albarn and then-girlfriend Justine Frischmann’s forays into heroin use is both fitting and unsurprising.

Like its lead single, the rest of Blur stands up extremely well 15 years later. Of course, the explosive, irresistible ‘Song 2’ took on a life of its own and almost single-handedly broke the band in the United States, but even after appearing in stadiums across the land and maintaining ubiquitous status in just about any indie club night you care to enter, it still roars today – not bad for something that started life as a studio parody of grunge’s quiet-loud dynamic. Similarly, songs like ‘Movin’ On’ and ‘Chinese Bombs’ (all 85 seconds of it) revel in their scuzzy, bruising nature, and it is a pleasure to hear Graham Coxon letting rip from centre-stage after spending so long providing the band’s harder edges seemingly from its periphery.

Speaking of Coxon, it is tempting to single him out as being solely responsible for Blur’s deeper, rawer tendencies, but to do so would not be wholly accurate. As much is his influence is apparent (and that his discomfort during Britpop’s heyday is evident), this is very much a full-band effort – except when Coxon comes into his own with the enduringly sweet ‘You’re So Great’. Sandwiched between the brooding likes of ‘Theme from Retro’ and ‘Death of a Party’, it functions not only as a worthy preface to a solid solo career, but also as one of the few rays of light on an album which otherwise makes for fairly claustrophobic listening (see ‘I’m Just a Killer for Your Love’, also). ‘Look Inside America’ constitutes another atypical gem, coming on like an olive branch to a nation Blur had long heaped scorn on, strings gliding over Coxon’s guitar lines while Albarn evokes transatlantic tour fatigue in weary, conciliatory strokes.

In terms of extra material, Blur’s reissue as part of the 21 series is satisfyingly comprehensive, though there is nothing previously unreleased here. Among the collected b-sides are a few gems, most notably ‘Bustin’ + Dronin’’ (later the title of a Japan-released live/remix album on which it curiously did not appear). The song is a psychedelic wash of murky vocals and Eastern influences that hinges on a buzzsaw turn from Coxon – it tops six minutes and would have fit right in on 13. ‘Get Out of Cities’ and ‘Swallows in the Heatwave’ are odd and strangely joyful, and ‘All Your Life’ and ‘Polished Stone’ develop themes from their parent album (weariness and the suggestion of drug abuse slipping out of control, respectively) and are up there with its very best. The ‘Road Version’ of ‘M.O.R.’ is more urgent, more decisive – better, basically – than that of the album; the live, acoustic stuff lets the strength of these compositions shine through (a cameo appearance by ‘This Is a Low’ is a bonus), while the ‘Live in Utrecht’ material highlights the power of the band as a unit. Alex James and Dave Rowntree shine on both, and hearing Damon Albarn yelp his way through a raucous, crowd-led ‘Song 2’ is absurd, gleeful and brilliant.

More than ever, Blur sounds like the product of the band who knew exactly what they were doing. There is an argument to be made that it and Oasis’s Be Here Now were dually responsible for ‘killing’ Britpop, a movement over which they both reigned, and it is not a bad one. I loved Britpop; I love Britpop, for introducing me to music on a broader scale, for offering my friends and I something to embrace, songs to learn on the guitar and a cultural identity we could claim as our own. That is not to say it holds up today, or that a lot of it is not terrible, just that it – and its proponents, from Cast to Kula Shaker, Supergrass to Shed Seven, Sleeper to Ocean Colour Scene and countless others – all came along at exactly the right time for me… and probably fizzled out at the right time too. If Be Here Now was a bloated, indulgent record that exemplified all its makers’ worst traits, Blur was an unexpected and unlikely tonal shift; a brave LP that more than earned its self-titled status, however foolhardy it seemed at the time. Add to that the career-defining works unleashed in the same year by Spiritualized, Radiohead and the Verve, and if you really want to mull something like the ‘death of Britpop’, you probably have all the ammunition you need right there.

But while Blur doesn’t quite match albums like OK Computer or Ladies & Gentlemen We Are Floating in Space in terms of wild invention or sheer emotional resonance, it remains a very, very fine work. In fact, for something that felt like such a curveball at the time, it must be gratifying for the band how integral it now feels to their discography as a whole; signposting the leap into experimentation that marked their twilight years while celebrating influences as diverse as Bowie and the Kinks to Beck and Pavement over its 14 unanimously great, sometimes iconic songs. Blur might never again sound quite as carefree as they had done in the past, but Blur made it abundantly clear that they never intended to.