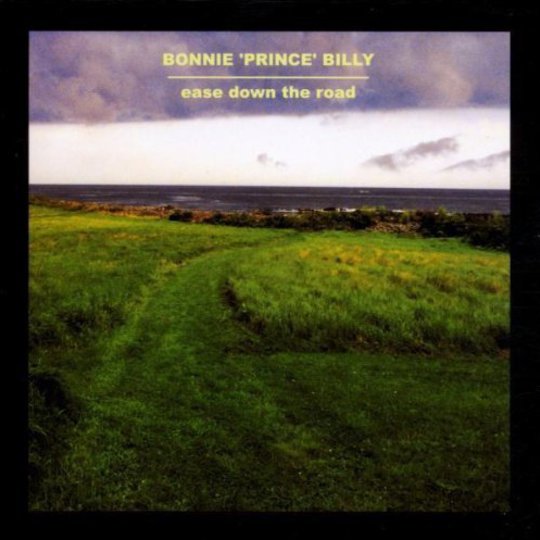 When Will Oldham adopted the name Bonnie 'Prince' Billy (after five years naming his players after Steinbeck’s 'Palace' flophouse for drunks and transients), it was supposed to be a way to have fun; to put some distance between the singer and the song. At the time, the claim seemed misleading, and perhaps desperate, given the bleak masterpiece that followed. I See a Darkness (1999) sometimes grinned back at the death’s head it confronted, but was unable to turn away. Its successor, Ease Down the Road (2001) was about gathering all of Oldham’s friends from Louisville, his brothers, and fellow-travellers; seeing if their actual presence couldn’t lift the gloom for good. He’s made ‘bigger’ records since, but whereas the session players on Beware (2009) seem to have been a disappointing experiment, Ease… was an artistic triumph, and more than ten years later it’s in that small group of records you can be truly glad exists.

Lyrically, the album ranges from confessional realism (the delicate suicide note that is 'At Break of Day') to an older than Old Testament mysticism ('Lion Lair'), enacting a struggle to live in a spiritually bankrupt present; that, and learn to tell the difference between love and “…doing something filthy in a rented room tonight” ('After I Made Love to You'). In the final triad of songs, the troubadour hero wanders back toward the present along the muddy highways and byways of American folk and country, re-making it as he goes, as vitally as 'A Hard Rain’s A-Gonna Fall'. Musically, then, Ease… is a thoroughly inauthentic piece of Americana, from the near-subliminal keyboard tones that underpin the a capella opening, to the squeal that announces 'Rich Wife Full of Happiness', with its banjos and harmonies; perhaps that’s what makes it a definitive Alt. Country album. (10/10)

In spite of its critical acclaim, it’s worth reiterating that Master and Everyone (2003) was supposed to be an EP, and long-time fans may be best advised to take it on those terms. In one respect it’s Oldham's simplest, purest album; like Cat Power’s Covers Record, it showcases a stunning voice over rudimentary, naïve arrangements, and won hordes of admirers who had ignored the (superior) predecessor (in Marshall’s case, Moonpix). In another respect, it’s the Prince writing and playing with one hand behind his back; throwing out much of what he learned about the striking image, the long-awaited hook. After a decade of cult-status, Oldham was able to fill venues like London’s Barbican Centre, and get fawning reviews in the broadsheets; he’d become a cultural institution but also a trickster figure, hence his cameos in Julien Donkey Boy (1999) and Junebug (2005), which presented folk-artists and idiot-savants as the antithesis to one kind of cool, but just as easily embraced by the very same Dickheads satirized in that video. Being a Will Oldham fan became an uncomfortable business a decade after There Is No-One What Will Take Care of You (1993), which is probably why David Keenan (a 'serious' critic-cum-artist) gave these reissues such a comprehensive slagging in The Wire, no doubt thinking he was cutting through the Gordian Knot of whether Oldham still matters in 2012, but betraying an awful lot of resentment toward someone who grew up with the same people Keenan’s old band mimicked. (7/10)

In short, Master… benefited from a lot of goodwill, and an understandable yearning for integrity at the outset of an Eighties revival among hipsters, but Greatest Palace Music (2004), was the truly divisive record, with its overblown Nashville-style arrangements. As a whole, it simply doesn’t work – too many times the brass and strings and general jollity don’t match the sentiment of the songs – but the experiment wasn’t redundant. Half the songs from the all-acoustic Days in the Wake (1994) are reprised here, which was never quite as Jandekian as its reputation (i.e. thriving on tone more than tune), and deserved re-visiting to coax out the big songs hidden inside lo-fi arrangements. The songs that were already lush, and sound like sunset in the tropics, work fine; songs that were first played with Slint as a backing band generally don’t. (6/10)

With the EP Now, Here’s My Plan (2012), Oldham defies the naysayers to give another six songs the Nashville treatment. When Beware dropped, 'I Don’t Belong to Anyone' felt like yet another Oldham song about being a lone-wolf, or unreconstructed male. Here, as opener, it sounds like the words in Dylan’s head when he was introduced onstage with “Here’s Bob Dylan; he’s yours”. Treating a mediocre song as a gesture to the audience, though, doesn’t give it any extra heft. On the evidence of the new versions, 'Beast for Thee' (from Superwolf), 'After I Made Love to You', and 'I See a Darkness', were tremendous pieces of songwriting full of spine-tingling hooks, but the sentiment of each is too precise, too well-written you might say, to be enhanced by upbeat versions that dispense with the almost matrimonial solemnity of the first, the post-coital intimacy of the second, and the confession-booth hush of the third. In the past, Oldham has improved weak album-tracks with full-band versions, but 'No Gold Digger' clumsily tries to emulate the synths of Arise Therefore (1996), and makes both seem redundant. (5/10)

Published this year, Oldham’s Extended Interview-slash-Biography (which the EP is bundled with, in a limited edition) Will Oldham on Bonnie ‘Prince’ Billy should restore every fan’s faith in his importance as a major American artist, and the very thing that makes many artists so loveable, and bound to evolve: the fact that he’s a sincere fan himself. Oldham’s music has long been an opening to discover America’s past – which is fine – but you’re left wishing he’d leave his own past where it is. (9/10)