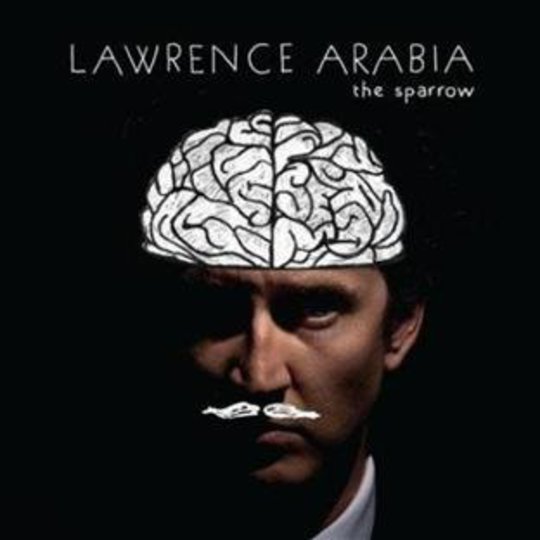 How disappointing is it to hear an artist turn their back on what it was that you liked about them in the first place? Lawrence Arabia’s 2010 album Chant Darling was an utterly charming collection of harmony-rich pop, topped with the dizzyingly gorgeous ‘Apple Pie Bed’, that seemed to mark this New Zealander out as a genuine talent that had suddenly been unearthed and shipped overseas. It might be lazy to mention Flight Of The Conchords in the same breath simply because they’re also from New Zealand, but there was something of the comedy duo’s out-of-place otherworldliness about Lawrence Arabia as well, as if he’d grown up on a diet of a few excellent records from the Sixties and not heard anything else since.

So, when a new album arrives claiming to veer away from that classic, buoyant sound, it can deflate expectations. On first listen, The Sparrow doesn’t re-inflate those expectations either – there’s no ‘Apple Pie Be’, for starters, and there is indeed a different mood to proceedings. Let the record settle into place though, and a different set of qualities shine through.

The first thing that really packs a punch are the arrangements on The Sparrow, particularly strings that are used sparingly throughout to add a touch of menace or a lush bed of melancholy. Take ‘Bicycle Riding’, a dark tale built around piano and a lilting vocal, that is occasionally coloured by beautiful stepping stone harmonies and a glide of strings in its midst so brief it almost leads to a double take.

Elsewhere, it’s interesting to see how Lawrence Arabia’s travels in the wake of Chant Darling’s success have coloured his lyrics. Thankfully, it’s not a collection of drab whinging about hotel rooms and motorway service stations, but splashes of the life of a touring musician that are dripped into the songs to add an extra dimension to proceedings.

‘Early Kneecappings’ (another track that utilises strings to good effect, here in Scott Walker-esque swoops and a dread-building crescendo) finds Arabia talking about defacing a poster on the New York subway, adding a “crude moustache, exposed brains / it made the pretty boy look highbrow, so I gave myself the same”. It’s a striking image, surreal but utterly believable, and something that slowly comes into focus rather than smacking you around the head. Kind of like those Flight Of The Conchords chaps really.

The Sparrow is a definite change in direction for Lawrence Arabia, and one that is probably going to result in less attention from the radio. That’s not to say it’s a record that’s completely at odds with its predecessors – you can see the roots of this album in Chant Darling, amplified and brought into focus. Give it space to breathe, and there’s definitely something to discover nestled inside.