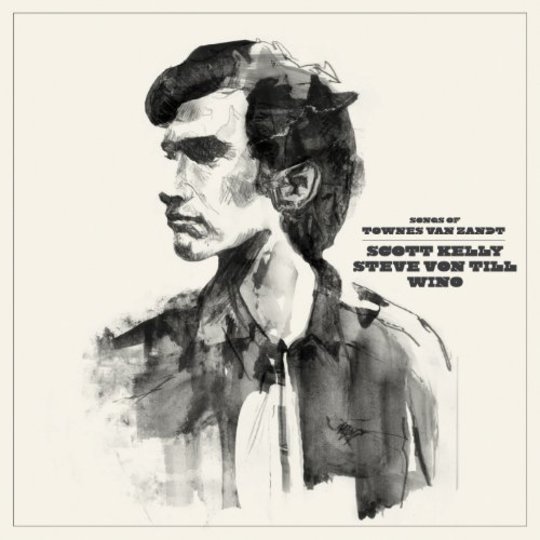 Townes Van Zandt is said to have been embarrassed when Steve Earle proclaimed him to be 'the best songwriter in the whole world' and threatened to clamber up on Bob Dylan's coffee table in his cowboy boots and tell him so. Such potent soundbites don’t disappear, though, and this one is wheeled out to accompany every new piece of Van Zandt - related merchandise. And right enough: as a songwriter, Van Zandt gives anyone a run for their money. In a genre that’s saturated with wounded troubadours, few have come close to capturing their grief and that of those around them as effectively and tunefully as he. As a recording artist, however, Van Zandt often paled in comparison to his more celebrated peer.

He was a reluctant presence in the studio and producers frequently struggled to capture his personality on record. No doubt at label behests to make his work more marketable, many of his albums were over-produced: laden with schmalzy strings and polished to a high sheen that simply didn’t belong. It’s why the terrible jokes and nervous laughter on Live at the Old Quarter and Live at McCabe’s are so integral to his legacy. The spit and sawdust setting, the simple yet skilful arrangements and the relaxed, unceremonious atmosphere placed Van Zandt firmly in his element.

To set out to record a full album of Townes Van Zandt cover songs, then, is something of a poisoned chalice. In reworking the songs, you risk making the same mistakes as his producers of yore, whose unwillingness to leave well alone arguably damaged the material itself (many of the most famous Van Zandt covers fall heavily into this territory). On the other hand, the requirement for a set of faithfully recorded updates is negligible.

Scott Kelly, Steve Von Till and Wino, who have teamed up for Songs of Townes Van Zandt, have chosen to stick rather than twist. The trio of metallers have recorded three tracks apiece and for the most part, have eschewed frills, keeping things simple, tasteful and palatable. The problem is: anybody who is already familiar with the material will struggle to find a reason to return to this record.

Perhaps inevitably, none of the covers improve on the original, and only a few offer a viable alternative. Returning to the Dylan analogy, neither he nor Van Zandt could be classed as technically great singers, but both possessed hugely effective voices that are and were (naturally) perfectly suited to their own material. While Kelly, Von Till and Wino each has their own distinct delivery, they all fall short of capturing the emotional punch the songs demand.

Take Scott Kelly’s contribution. The Neurosis singer and guitarist has chosen three of Van Zandt’s most celebrated songs: ‘St. John the Gambler’, ‘Lungs’ and ‘Tecumseh Valley’ and in each case has attempted to make the track darker, mainly by slowing the pace and adding a tiny bit of drone-ish guitar. But tracks like these require little assistance: they’re already dark enough. His take on ‘Tecumseh Valley’ and ‘St. John the Gambler’ (both lifted from what was arguably Van Zandt’s finest studio hour, Our Mother the Mountain) come across as heavy handed – his growl becoming increasingly grating the more you listen to both.

His bandmate Steve Von Till fares better. His rendition of ‘If I Needed You’ betters covers of the same track by names as prestigious as Emmylou Harris and Lyle Lovett. It’s as plain and bare as Van Zandt would’ve intended and is by some distance the best song on the record. His other offerings, however, are less memorable, with ‘Snake Song’ in particular struggling under the weight of some dodgy sound effects, which swim against the stylistic tide of the rest of the album.

In the sleeve notes, Van Zandt’s bass player Wrecks Bell commends the trio for taking 'possession from the first note', a statement that couldn’t be further than the truth. Instead, Songs... is reminiscent of an earnest pub-cover. It sounds fine on the surface and for a while, you might find yourself tapping your toe and humming in time. When you come out the other side, though, it’s forgotten. Neurosis or Wino disciples aside, it’s difficult to see a place for this in anyone’s collection.