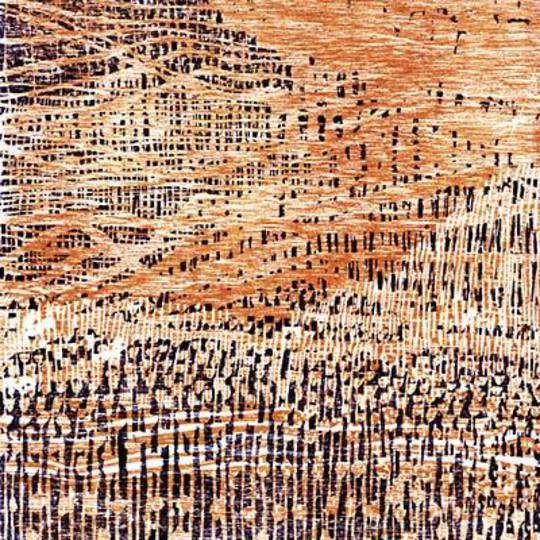 Finland’s Fonal Records has, for many years, been a record label difficult to ignore – especially if you are concerned with experimental Nordic music which operates in the periphery. Their catalogue includes some of that country's finest releases of recent times, with an emphasis which falls regularly on the irresistibly strange. Yet there is little which is experimental for its own sake and rendered musically incomprehensible. Unsurprisingly, this continues in 2012 with Jukka Herva, alias Barry Andrewsin Disko, making what could be one of the label’s strongest records of the year.

The instruments used in the making here are varied and cluttered. It is categorically electronic music but looking at it that way misses what Kuka Siellä? really is. In many ways it is not vastly different from the Boom Boom EP which preceded it in 2011, but it is more a whole and less a selection of sketches and thoughts. It is also, on a basic level at least, more poppy.

The pace and atmosphere of some tracks are like musical drizzle – steady, slow and persistent. A misty, cold atmosphere pervades much of the record. 'Dreary' is a word with too many negative connotations to use here but sometimes a measure of lethargic misery is a worthwhile thing; like the rain, it can be cleansing. The low and droning vocals are fitting enough, with ‘Yö seuraa yötä’ waltzing sedately, making its four minutes 30 seem like an age. Similarly-effected vocals appear in ‘Lampaita’; a song that could barely sound more characteristically Finnish, at least to a non-Finnish outsider like me.

That deliberate pace is certainly not 'what it’s all about', though. The opening and title track has the air of a Gregorian chant for the twenty-first century electronic music fan. Its pedestrian speed is not representative of the record in general but it's a suitable and well-designed entry point to the world of Barry Andrewsin Disko. Like a good broth, Kuka Siellä? has its meatier moments, though few of them are at more than a canter. ‘Pam Pam’ is about the liveliest but it strays not from the overall dynamic of the album, doing the whole build-up-then-release thing pretty soundly. ‘Viime Yönä’ is another upbeat tract but one which is little but dreamy, as well as profoundly unsettling, partly due to a fairground after-closing style ambience which has the potential to put you on edge.

Then after the inertia, things are once again shaken into life. This pleasing sequence continues until track 6, the aforementioned ‘Lampaita’. From here, things begin to vary and the sounds occasionally stray to delightful, in much contrast to the previous sullenness. What perfectly encapsulates Kuka Siellä? as a whole is its closing track, ‘Kemijoki tulvii’. It has the dimensions of the entire album writ large and is split into three passages; from the meandering, acoustically strummed and atmospheric beginnings through a slow, bass-heavy middle and onto an end which gently tweets and flutters itself into non-existence, in much the same manner as it arrived. Again, a completeness in several senses.

The general pace and density – consistent with subtle changes – are what makes this record so absorbing and hard to exit. It’s difficult to really distinguish constituent textural parts because the way the layering is often so congealed, even from the off. There are many things which in both senses of the word make this record. These elements do switch throughout, rising and falling in prominence; a high-register guitar line here, some mysterious and flattened vocals there, and a collection of synths, keyboards and electronic percussion pretty much everywhere you look.

It is difficult to convey just what it is that makes this first Barry Andrewsin Disko full-length so great, other than merely its existence. Perhaps it’s because it gives an instantly familiar feel; a comforting and persistent presence. Maybe because it feels like it arrived fully formed. Everything in this fundamentally simple record is done totally without fuss and fanfare. That in itself is not enough to be celebrated, but the end result certainly is.