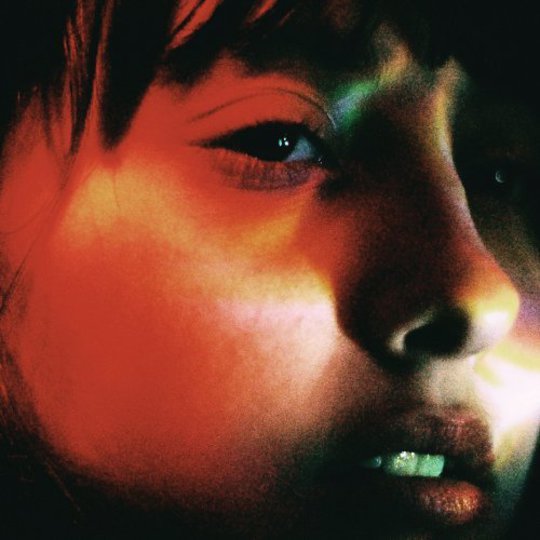 Life can get you down, no matter how vigorously you love thy neighbor or accentuate the silver lining. Surely, it’s a blessing to be alive, but it’s a struggle to stay positive in a world of such grim despair. Sometimes, we just need to escape the mundane, to find a personal utopia that remains true, even if for a fleeting moment in time. It seems ‘Delicate’ Steve Marion harbors similar feelings, if Positive Force is an indication. As legend has it, the musician recorded this in the rural New Jersey town in which he grew up. Maybe that’s why it sounds so unfettered.

During a mere 37 minutes, Marion exorcises negativity with quick-bursting compositions set atop a colorful assortment of oceanic guitar riffs, ambient wails, and fluid percussion. The results are downright transformative: just when you think he’ll drift further into the cosmos, Marion aligns his vessel and refocuses his sound, giving you something that resembles Caribbean gospel or psychedelic yacht rock. No one genre can encapsulate Force, and it appears the maker wants to create a new one. Or, at the very least, he wants you to feel good. 'I want to put out a positive feeling,' Marion says in his bio. 'It’s so much more fun to get people all excited and uplifted.'

It’s tough to directly discern his strengths. On the surface, you could call him a guitarist, since much of his work relies upon that instrument. But that’s limiting — if not totally crippling — when analyzed within the context of his multifaceted aesthetic. His drums carry a heavy weight. His bass lines explode without piercing your eardrums. And his mixes are exquisite: every note tumbles effortlessly from the speakers with pervasive flair. There’s also a hint of ‘shoegazing’ there: on ‘Big Time Receiver,’ for instance, distorted guitars rest against faint ‘oohs’ and a reggae-tinged drum pattern. The indecipherable vocals continue on ‘Touch,’ until they give way to acoustic strings and a foot-stomping rustic stomp. Overall, the album progresses naturally from his previous work, Wondervisions, though it’s a bit more visceral than this set. There, loosely coiled jam sessions merged with abstract haze and made for a rich listen.

Still, a title like Wondervisions seems ironic when compared with Positive Force. The squeaky eccentricity of ‘Ramona Reborn’ recalls Stevie Wonder’s quirky Journey Through the Secret Life of Plants. ‘Love,’ with its innocent choirboy charm and atmospheric falsetto, feels like a modernized late-Sixties Beatles tune. The sounds are more polished here: the edges are a bit smoother and the mood is brighter.

Through it all, Delicate Steve does what so few composers are able to do: his billowing compilation resonates without words, its sterling procession an otherworldly creation that remains grounded somehow. Instrumental projects are often tough to execute given the public’s shortened attention span, yet he does it with a bubbly finesse that doesn’t overstay its welcome. If anything, Steve makes you wish he would’ve stayed a little while longer, to bask in the warm glow of his effervescent resonance. We’ll be here when he returns.