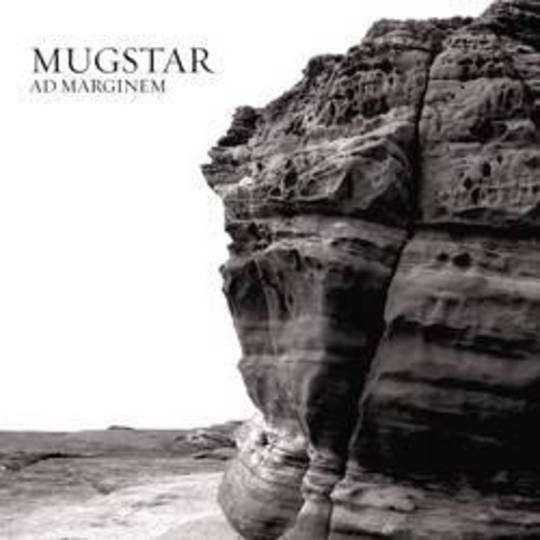 It stands to reason that Mugstar should finally create a film that they themselves can soundtrack. At first glance the Liverpool five-piece display all the typical credentials of any third-eye batting collective borne out of a fug-filled rehearsal space; their back catalogue is littered with CD-Rs, split releases and cassettes that seem to have been flung out as collateral from a never-ending psychedelic loop. Yet actually digging into their music has always provided more than bare bones motorik jams, the band’s work always coming across far more considered and panoramic than that.

You sense that they’ve had Ad Marginem whirring around in their heads for a while. Tracks like ‘Memorial’ and ‘Inquisition’ are ponderous, methodical constructions of sound, the former loosely reminiscent of Slint in the way its two guitars circle each warily, both bleak and pronounced against a sparse aural landscape. ‘Inquisition’ is even more stripped back, little more than a heartbeat amidst the cusp of the wind. The soundtrack is littered with these interlinking interludes, the five-piece only really opening up to full velocity with the tribal opening of ‘Rite I’ and, more satisfyingly, the final third of ‘Island – Red’ which emerges most righteously from three minutes of shimmering drones to provide the soundtrack’s only real acid-scorched wig out.

When coupled with the accompanying film - which comes included on DVD in the limited 500 copy physical run - the music finds itself set against a backdrop of black and white Liverpool, a time blur that doesn’t entirely leave the present, though its characters seem echoes of a shadowy past. The soundtrack’s dark opulence fits perfectly to these images; it’s too glib to say that Mugstar are striving to create this separate world in reaction to the generalised cartoon legacy that their city has, but you do get the sense that there is a broader attempt to hollow out the grimly fantastical from the restraint of the surroundings that they have at hand. The brooding swells at the beginning of ‘Island – Red’, the aptly stalking guitars that march through ‘Death Hunter’; these elements add to a sense of foreboding and provide an emotional charge that aids the film in transcending the everyday that it never fully escapes being bound to.

Shorn of the film though, and viewed simply as an album, some of that is lost. Taken purely at musical value, Ad Marginem sometimes feels so controlled that instead of the claustrophobia clearly intended, you find yourself willing for an explosion of guttural squall, a quickening of that tribal percussion, something to break out and fully rip free of the band’s self-imposed shackles. The album clocks in at 35 minutes, relatively short but a length of time that’s still hard to maintain tension throughout. For the most they do succeed in this, but the very pay-off at the end of ‘Rite II’, a final full assault that sees sonic components lose all composure and writhe furiously with each other in the dirt of the song’s foundations, is such a glorious contrast because by that point a jolt to the system really is required. Such is the paradox of reviewing a piece of work meant for a companion piece, though, and ultimately what Mugstar have done here is successfully take the next logical step that their music’s path has presented to them.