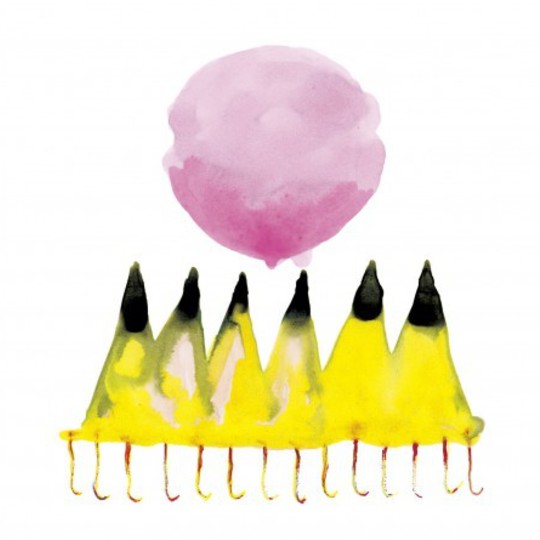 With temperatures trying to climb ever higher, it’s only right someone should make an album you can succumb to sunstroke with. Laurel Simmons, ex-member of Loch Lomond - named after a lake the Royal Marines get hypothermia in - might seem like an odd choice, but her debut as MayMay is authentically bronzed, recorded while homesick for Arizona. The intimate girl-and-a-guitar formula has been warmed to be as wavy as the horizon, with Nils Frahm turning these nine frail skits into an ethereal picture, like Grouper’s school photograph.

In fact, critcs of Liz Harris’ last album might find an itch scratched by And So I Place You In The Setting Sun - it’s a spiritual successor to Dragging a Dead Deer Up a Hill, with tightened focus and adequate sun protection. Simmons has a gentle but captivating style: on ‘Stories We Lived By’ her guitar floats across the desert while she hums ”I would never be free”, the “free” coming out as a whisper. ‘Bringing Home’ is brittle, affecting; the piano like a well-dressed Perfume Genius. When the pace gets too slow, she adds a little liveliness, such as the electric guitar slashes on ‘If It Remains Light’, or the almost-beat of ‘Undertow’.

Sometimes her vocals hover on coy, and sink so far into the snowy noise that there’s the possibility Simmons has confessed everything, and is now just imitating whalesong. With her hoarse guitar and helium voice she slips into dirges - ‘Lines to Water’ and its scratchy tabs are a Suede intro; ‘The Fall’’s cryptic lyrics made interesting by bass, rising suddenly like a hangover. Without moments like this Setting Sun would be so fey even Isobel Campbell would scream at it, and demand Frahm throw some fireworks in the studio, or mix in a little cowbell.

Frahm’s production gives And So I Place You In The Setting Sun its edge, and makes it so easy to lose yourself in MayMay’s drowsy thoughts. Her stream-of-consciousness hymns might sometimes feel like Kate Nash covering ‘Kumbaya’, but the arrangements mean she can’t trap herself in a corner for long. The moments that connect are potent, shattering, with Laurel Simmons coming across as more emotionally carpet-bombed than Paul Buchanan. If she can avoid the self-parody and keep her focus on the landscapes/memories she’ll be one to watch, particularly if she attempts a sequel about the daytrip she once took to Arizona Wigwam Village Motel.