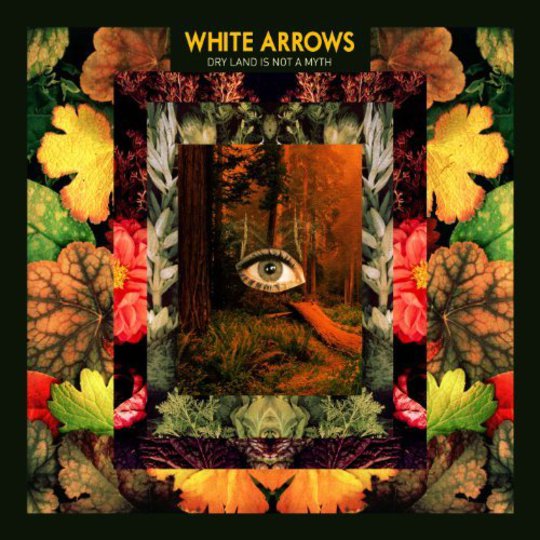 There really is nothing of great merit to this album - it really feels like the first collection of songs that I’d be happy to assign a ‘landfill’ label to since the heyday of landfill indie (bring back Joelean, please). A Californian five-piece, White Arrows can't write good songs.

‘Roll Forever’ starts promisingly enough with a nice electro drum beat, but as soon as a stack of abrasive guitar notes screech in over the top it becomes unpleasant, then as the song seems to dissipate into a background of a verse it all becomes garbled and unfocussed. The guitars then return for what feels like a bridge, but is actually a chorus. If there’s meant to be drama in the guitar notes that reprise seemingly every ten seconds, it’s a big misjudgement.

Track two, ‘Get Gone’, again starts with an electronic drumbeat and the singer, Mickey Church, sounds like breathless James Walsh. Unfortunately, it’s a voice that grates. It lives in one, middling, range and it’s just not nice to hear.

Unfortunately, when Sweden’s Tough Alliance started bringing electronics back into indie pop it turned musicians into units that aspired to soundtrack American Apparel shops, from Hurts to Is Tropical to Spector, it’s fallen into stagnation and it’s a mire White Arrows are happy to roll around in. 'I Can Go' has the half chorus of “Leave me alone/When you call my house/I can go”. What does this mean?

‘Golden’ thumps like a headache, even if it starts with a piano line that’s cuter than most of White Arrows' output and House’s first refrain of “It’s golden” does have the shading of a dawn in its ascent. That’s laid rest to with the following “You told me/Coz you noticed/And I noticed/ Coz you told me/And I saw you/And you know it/Coz I noticed/When you told me,” that rolls with all the grace and joy of a child having to recite his seven times table.

It’s not all their fault. They just shouldn’t have been allowed to put out an album. In the same way the banking system is being called to ransom and media monarchs are having their empires unthreaded, A&R men need to be made responsible for the cultural impact of their decisions. Do this band dress like Bros and sound like their aspiration is to have their music piped out of large retail clothing outlets? Yes? Then if you go any further you will be found guilty of fixing the cultural base rate to affect future market conditions.

A recent piece on this site correctly pointed out the confusion inherent in Lana Del Ray’s cultural mash up and the resultant thinness of the music. White Arrows suffer the same conflict. Even their biggest chorus in ‘Getting Lost’ is no more than a Strokes guitar line. To flatter them, you’d exaggerate and say they want to jitter like Eighties David Bowie in ‘Settle Down’, chug a riff like Kings of Leon in ‘I Can Go’ and blend David Guetta and Phil Spector ‘Fireworks of The Sea’. But they don’t succeed; they just play bog standard indie over a few synths, knowing that people will hear other bands (even bad ones) in it because there’s nothing there of their own.