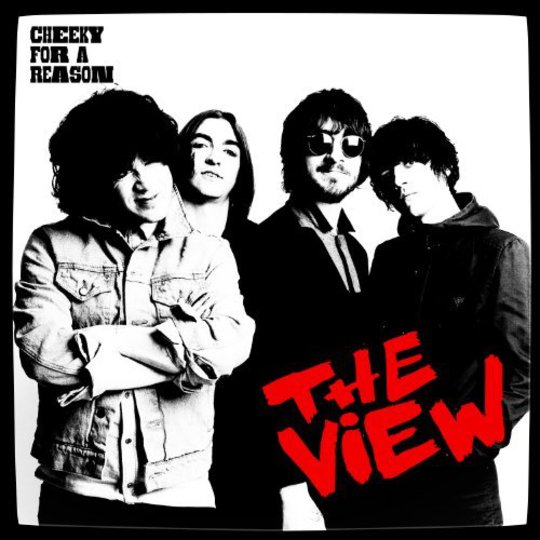 Considering that it hardly sounds like the most adventurous or appealing of musical hybrids, you have to wonder why The View's Kyle Falconer chose to describe album number four as 'Fleetwood Mac's Rumours done by the Clash'. Fleetwood Mac is a new, but, importantly, old influence for The View; you sense that in citing the Seventies soft-rock ensemble they are making a claim as to their maturity as a band five years after they topped the album charts as young scamps fresh out of school. That or they've just found someone different to take their musical cues from.

In both respects album opener 'How Long' sees them fall flat on their face. It's obvious enough that the smooth harmonies are a nod to Buckingham, Nicks and co, whereas the barrelling drums and rushing guitars are probably supposed to represent the Strummer, Jones and co. part of the equation. In reality, and I never thought I'd say this about The View, it actually comes off almost too squeaky clean. With the exception of the bit when Falconer is alone on lead vocals, you could effectively be listening to a punk-pop boyband. When Falconer reverts to business as usual it becomes Busted with bronchitis. Nonetheless, although it is saccharine in a manner I wouldn't have thought possible for The View, it is sort of infectious. 'Hold On Now' is equally catchy, but kills any notion of a cleaner cut pop direction with lunk-headed yelling and a spoken word section stating “The only thing you need's a little bit of speed”.

However, there are moments when The View utilise their newfound fondness for classic rock moves to more impressive effect; indeed it's the basis of a relatively solid mid-album section. Centrepiece 'Bunker (Solid Ground)' lays some tastefully hook-laden guitar licks over a thumping rhythm section with Falconer's promise “I'll stay with you cos I know how to keep my feet on solid ground” making for a sweetly sentimental chorus. The Eagles is a more appropriate reference for 'The Clock' – their strength with a straightforward melody finds perfect foil in the hoary old vintage blend of acoustic background textures, wailing leads and the soft-rock crunch of the chorus. It's also a sound which better accommodates the anthemic triggers (“woah-oh” vocals and instrumental lulls made to encourage singalongs) of which they are so fond. 'Bullet' even taps into a slightly more Scottish strain of rousing rock replete with skirling guitars, a la Big Country, to accompany the mass chanting. A slightly classier slice of festival fodder for their repertoire.

So there's at least a tiny spark of inspiration at work here, but unfortunately for the most part it really is business as usual – derivative indie-rock, competently executed but devoid of imagination. 'AB (We Need Treatment)' sounds dangerously similar to 'Can't Stand Me Now'... well I say dangerous, but this degree of familiarity isn't so much dangerous as it is anodyne – factor in the lyrics, (“ You shouldn't be so A, I shouldn't be so B”) and we have one dreary song. 'Anfield Row' tries and fails to transcend a lumpen pub-rock plod with a grossly misjudged vocals-and-handclaps section which is as subtle as the laughter track on My Family. When they strip things back we're left with the insipid organ balladry of 'Tacky Tattoo' wherein Falconer advises in earnest that any involvement with the girl with the titular body art will “only lead to trouble, epic fails”.

At least, unlike recent lad-rock casualties The Enemy, The View possess a certain degree of musical competence – the weakest tracks here might be ultimately forgettable, but they're melodic enough to always be hummable and sometimes their sheer energy has hilarious results, like the way 'Hole In the Bed' starts morphing into the Top Gear theme. Ultimately, however, being competent at being derivative is pretty faint praise for any group, particularly one staking a claim for maturity.