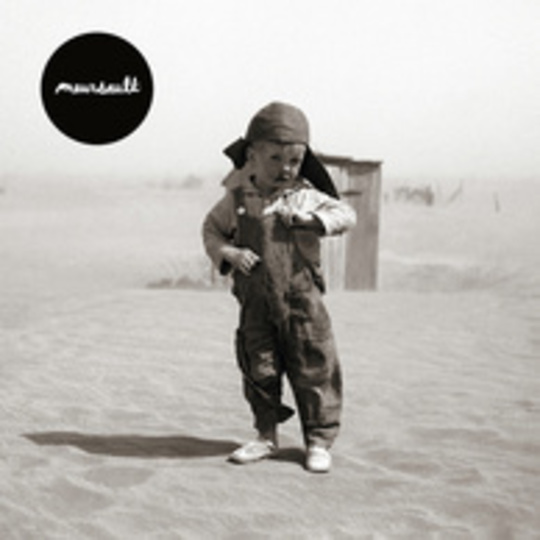 I’m not talking about taunting orphans, or super gluing random insects together to create some (theoretically superior, yet surprisingly inefficient) bug hybrid in your spare time. But, it is always good when you can enjoy someone else’s misery. Of course it is frowned upon, but it’s not like they commission TV shows like Embarrassing Bodies to cut down queues at the GP surgery. No, it’s because we want to see people with three arseholes and webbed feet, we want to harvest on the pain and suffering of strangers.

So fellow cretins, rejoice! With Something For The Weakened you can achieve such pleasure from displeasure. It is almost compulsory. Sit back, relax, kick off those Jesus sandals and bask in the dull glow emanating from an apparent depthless ocean of personal turmoil courtesy of frontman and songwriter Neil Pennycook.

The third record from Edinburgh’s Meursault marks a slight change in approach. Still best described as a folk band, but with the electronic dalliances that made up the backbone of earlier (excellent) releases now replaced with a more conventional set-up of guitars and strings, songs more reliant on the rich tones of the piano, this is basically a more polished version of the band.

Any doubts that such restructuring could dull the band’s uniqueness are dismissed upon hearing ‘Lament For a Teenage Millionaire’. It is stunning and sublime, unexpectedly so. The song displays a maturity and awareness that so many artists are bereft of. The brief pause just before the chorus will slay you every time. It’s amazing how a second of silent restraint can generate so much suspense.

Meursault have always had some bite. It’s what set them apart from peers who also fall under the umbrella of 'folk(ish) band with a Scottish accent and a penchant for swearing'. Joyfully, despite the more polished 'proper' studio sound, that bite still lingers. You can feel the genuine contempt riddled within the menacing delivery of the line “You’re waiting on a joke but all I have are punch lines, so ha-fucking-ha” on ‘Settling’.

You’d be hard pushed to find any weak points on this album, aside from perhaps the slightly ponderous opener 'Thumb', but even that has the ability to reverberate around your cranium long after you’ve listened to it. Somehow they even get away with a guitar solo on the epic ‘Dearly Distracted’ - a proper, full blown, Eighties Cock Rock, standing on top of a skyscraper with the wind sweeping through a glorious mullet drenched in copious amounts of hairspray solo.

Meursault still ply their trade in slightly morose, slow-burning laments which showcase the impressive range and emotion of Pennycook’s vocal, but they can pull off more uptempo songs such as ‘Dull Spark’ and ‘Flittin’’ with aplomb. So fortunately for the Samaritans hotline, it isn’t quite all angst. Album closer ‘Untitled’ even brings with it a shaft of positivity and light, feeling almost like a nursery rhyme through simplicity and warmth. It’s great, even if they were too lazy to properly name the song.

Something For The Weakened is an improvement. Although there is charm and panache in the relatively lo-fi first two albums, here the songs really do benefit from the studio. So, the good news is that this is a record that you should buy. The bad news is that you’ll probably have to swing by Boots to pick up some anti-depressants for the singer.