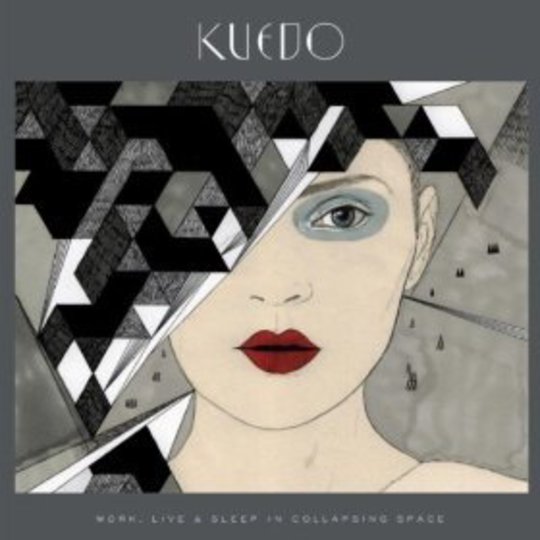 Jamie Teasdale scored a big hit last year with his Kuedo project and Severant, merging Blade Runner brass synths with the latest in Chicago footwork. With only a slight tweak to the formula this three-track EP is cut from the same sessions, though with an aggressive edge that acknowledges Teasdale’s early drum‘n’bass style. ‘Work Live & Sleep in Collapsing Space’ finds him carbonating his Vangelis sound, the emotive chords and insect drums now wired into richer low-end. Too angry for Severant, it’s closer in temperament to the dubstep recordings he made as Vex’d, though still retains that yearning sci-fi agenda thanks to some plaintive synths.

Here, the Laurel Halo mix completely deconstructs the original, adding broken strings and phone signals. Seemingly recorded on old Hype Williams equipment she lets the piece swirl and wobble as though it's crossing the seabed, devoid of all but the most spartan beats. Halo telegraphs her style with hooting noises and radar, clinging to the bones of the melody, and creating the kind of remix that makes an EP worth paying for. She works her own material similarly on her album Quarantine - an essential purchase for fans here.

And finally we have Claude Speeed’s ‘Infinity Ultra’ rework, which takes shards of chiptune and crushes them between opposing keyboards. Speeed plays against his name, layering bass over pinpricks of light to produce a slow, summery piece of music. It’s the reverse of the cold frenzy on the original, with the Eighties pads making a final appearance and to connect the two ends of the EP. A worthy companion piece to Severant, Work, Live and Sleep in Collapsing Space continues the uniqueness that won Kuedo such platitudes, and made the PR man from Hyperdub go on record to say it was the finest electronic music he’d heard in five years. This sequel is no disappointment and shows Teasdale is capable of presenting a future where machines show as much hope as we do.